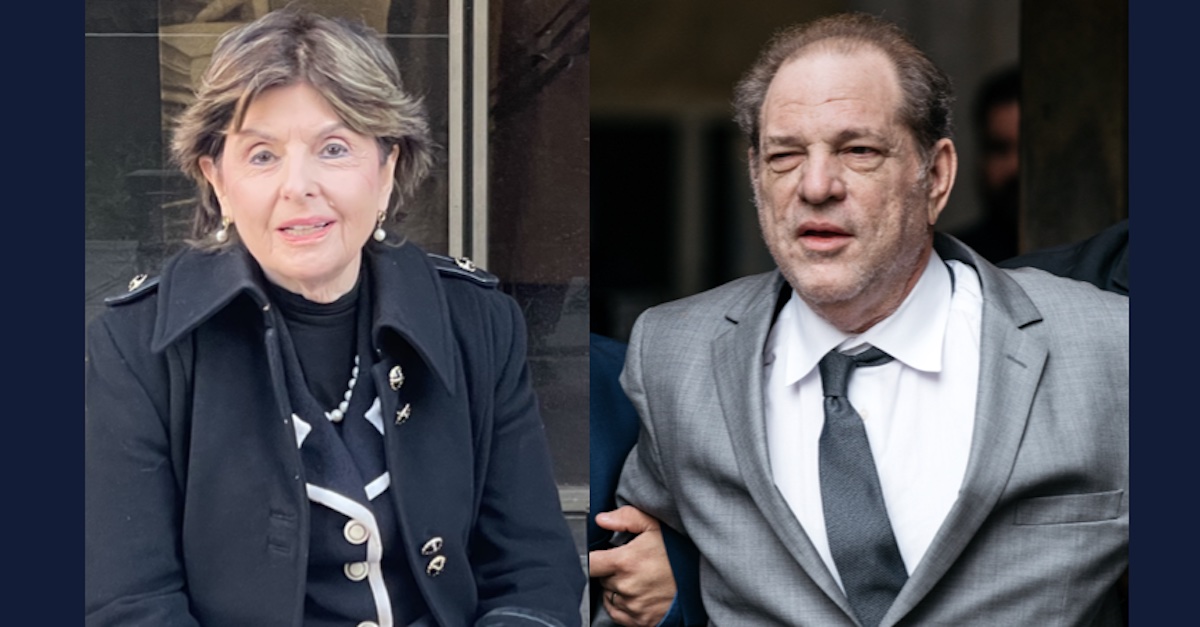 A judge has dismissed four charges against former Hollywood titan Harvey Weinstein at the request of prosecutors.

The charges are related to an alleged victim who was identified in pre-trial proceedings as Jane Doe 5. Her presence at trial had been in doubt since Deputy District Attorney Paul Thompson didn’t mention her in his Oct. 24 opening statement, but Thompson said on Nov. 1 that her testimony was “still a possibility.”

Weinstein’s lawyer Mark Werksman pressed Judge Lench on Nov. 11 about prosecutors’ lack of commitment one way or the other regarding Jane Doe 5, arguing it was unfair to force he and his co-counsel Alan Jackson to navigate their case without knowing if they’ll need to address Jane Doe 5’s charges. The four charges — two counts of oral copulation and two counts of forcible rape — related to two alleged incidents, one in November 2009 and another in November 2010.

Prosecutors have not publicly explained why Jane Doe 5 is no longer involved in the case. She was represented by famed victims rights lawyer Gloria Allred. Allred recently recently declined to discuss Jane Doe 5’s situation with Law&Crime but said she believe testimony from her other client, Jane Doe 2, was going well. A model who says Weinstein assaulted her in February 2013, Jane Doe 2 testified Nov. 4 and Nov. 7 about an encounter at the Montage hotel in Beverly Hills — now the Maybourne — in which she said Weinstein masturbated in front of her while groping her.

“She’s been waiting a long time for this day,” Allred told Law&Crime on Nov. 4.

Jane Doe 2 also testified in Weinstein’s trial as a witness to alleged misconduct that’s uncharged but, in sexual assault trials, can be considered by a jury when assessing a defendant’s propensity to sexually assault.

Allred’s involvement in Weinstein’s legal saga dates back to the early days of the #MeToo movement he’s widely credit with starting amid explosive reports in The New York Times and The New Yorker about decades of sexual misconduct. Her daughter, Lisa Bloom, was quoted in the initial Times article as an advisor for Weinstein, saying he was working to change his ways. She also issued a statement saying she told Weinstein “that times have changed, it is 2017, and he needs to evolve to a higher standard.”

I have resigned as an advisor to Harvey Weinstein.
My understanding is that Mr. Weinstein and his board are moving toward an agreement.

“I have found Harvey to be refreshingly candid and receptive to my message. He has acknowledged mistakes he has made,” Bloom said at the time. She announced days later that they’d parted ways, writing on Twitter: “I have resigned as an advisor to Harvey Weinstein. My understanding is that Mr. Weinstein and his board are moving toward an agreement.”

Allred also issued a statement shortly after the 2017 Times article, saying she was willing to represent Weinstein’s vicitms even if it meant facing her daughter as opposing counsel.

“While I would not represent Mr. Weinstein, I would consider representing anyone who accused Mr. Weinstein of sexual harassment, even if it meant that my daughter was the opposing counsel,” she said.