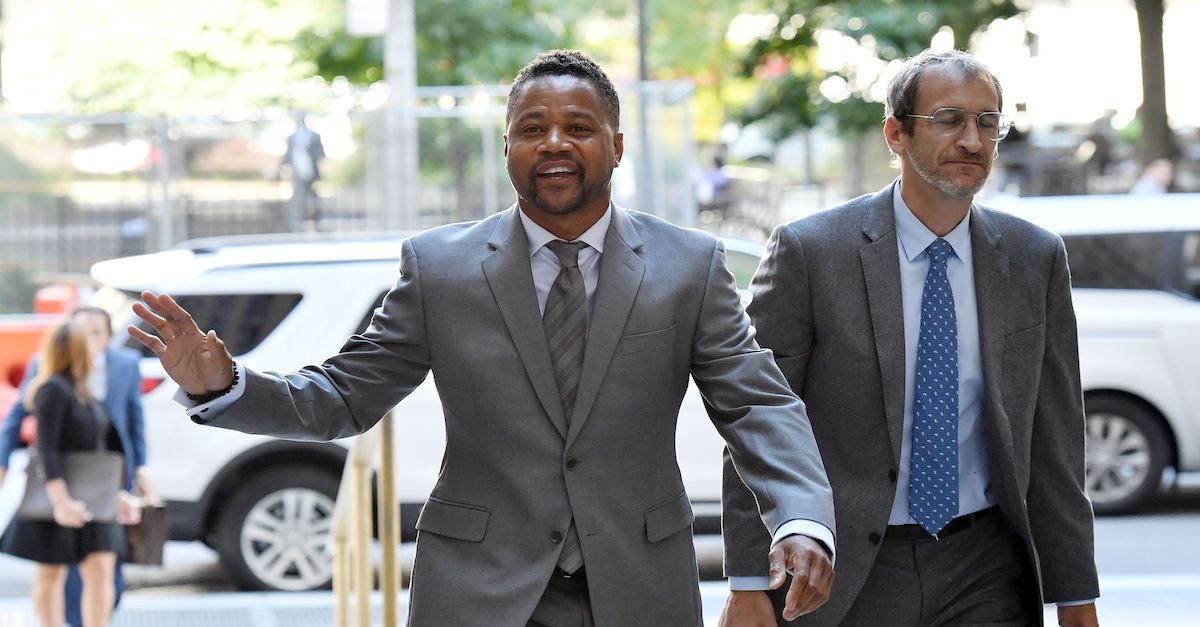 Actor Cuba Gooding Jr., arrives for his trial on his sexual assault case, on September 3, 2019, in New York. – Gooding will go on trial over accusations he groped a woman in New York after a court dismissed his plea to have the case thrown out. Gooding, 51, is accused of grabbing the woman’s breast without her consent in a Manhattan bar on a night out in June. (Photo by ANGELA WEISS/AFP via Getty Images)

After “completely failing to engage” with the lawsuit against him, actor Cuba Gooding Jr. could owe millions to the woman who has accused him of raping her, a federal judge ruled.

By the time of U.S. District Judge Paul Crotty’s ruling on Thursday, the actor had no attorney listed on the docket and lost the case by default. Crotty left the door open to granting the woman’s request for a total $6 million in damages.

Suing in the Southern District of New York under the pseudonym Jane Doe, the anonymous woman alleged that Gooding raped her, in violation of New York City’s Gender-Motivated Violence Protection Law (VGM). She wants $2 million in compensatory damages and $4 million in punitive damages.

In deciding whether to grant the plaintiff’s request for a default judgment, the judge considered whether Gooding’s default was “willful,” whether he has a “meritorious defense” to the plaintiff’s claims, and the level to which the plaintiff would be prejudiced if her default motion wasn’t granted.

“Here, all three factors tip in Plaintiff’s favor,” Crotty said. The judge found Gooding’s failure to appear—after being properly served—indicated willful refusal to participate in the lawsuit. Crotty also said that he can’t evaluate whether Gooding would have a meritorious defense in Gooding’s absence, and since the case has been on the docket for almost a year, the plaintiff would definitely be prejudiced by further indefinite delay.

While the default judgment is essentially a judicial acknowledgment of Gooding’s liability, Crotty held off on ruling on damages, saying that the court would look into the matter.

Crotty said that when it came to determining damages, the plaintiff’s declaration, which discussed her mental and emotional problems after the alleged attack, provides “some basis for this request, but it is not enough for the Court to conclude, at this stage, that these amounts are warranted.”

Crotty ordered Gooding to appear in the case by Sept. 7.

The case has been pending for nearly a year. Doe originally filed on Aug. 20, 2020, and Crotty ordered Gooding to respond by Sept. 10, 2020; he didn’t, and there was no movement in the case until March 1, 2021. On that date, Crotty dismissed the case for failure to prosecute, but then granted the plaintiff’s motion to reopen the case in March. Gooding failed to respond to the complaint by the May 13 deadline, and on July 26, the plaintiff moved for default judgment.

This is the second time Gooding has had a default judgment issued against him. In a prior civil case, in which a bartender sued Gooding for groping her while she was working at his server in 2018, a Manhattan judge granted plaintiff Natasha Ashworth‘s request for a default judgment. In that case, too, Gooding never made an appearance or seemed to engage in the case in any way.

Gooding is also facing criminal misdemeanor sexual assault charges in New York state court stemming from an alleged incident in June 2019. His next scheduled appearance in that case is in October.

At least 30 women have accused Gooding of sexual misconduct.