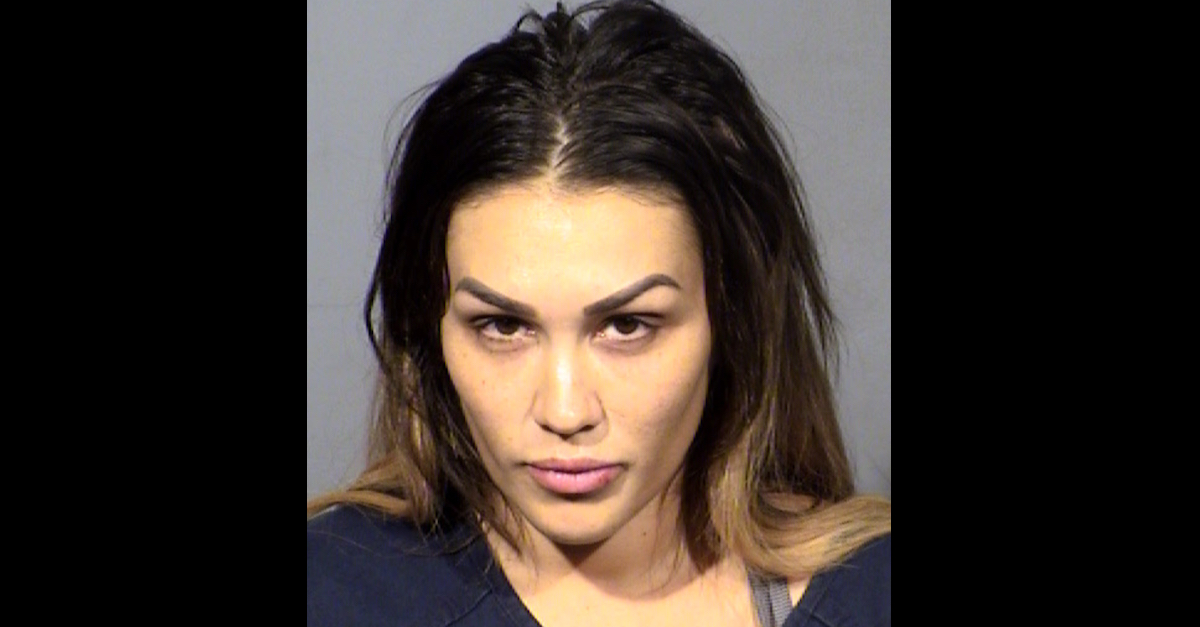 A woman with ties to the television show Jersey Shore has been arrested in Las Vegas.

According to a report from ABC affiliate KTNV, Jen Harley, 34, pulled a gun on her new boyfriend, Joseph Ambrosole, and threatened to shoot him during an argument.

Citing police reports, KTNV reported the altercation occurred Saturday “after a night of drinking.” Harley wanted to go home; Ambrosole wanted to stay out. The couple allegedly continued to visit several other establishments in Sin City before getting into an argument at a strip club. Security asked the couple to leave.

KTNV, again citing police records, said Harley allegedly began livestreaming video of Ambrosole as he drove home “in an effort to ’embarrass him.'”

She also is accused of punching Ambrosole “in the back of his head about 10 times” and throwing Ambrosole’s cell phone out the window, the TV station’s report indicated. When Ambrosole stopped to try to find his phone, Harley is accused of taking the wheel and driving off. Ambrosole found his phone and called an Uber to make his way home, the report says.

When Ambrosole got home, Harley accused him of threatening to kill her and molest her son, the KTNV recitation of the police report says.

The argument, which started outside, ended up in the garage. There, Harley is accused of pointing a gun at Ambrosole and threatening to kill him.

Ambrosole told Harley not to shoot him and ran out of the garage, the report says.

Police arrested Harley at a friend’s home. She allegedly told the police that nothing happened and told the authorities that “she and Ambrosole were ‘not a thing,'” KTNV said.

Authorities say they found evidence of injuries on the back of Ambrosole’s head and near one of his eyes.

Harley, who was initially taken to jail, has since bailed out. She is scheduled to appear in court on August 19 at 8:00 a.m.

Both TMZ and KTNV said Harley allegedly dropped the N-word during the altercation. TMZ further noted that Ortiz-Magro proposed to his new girlfriend — and now fiancée — the same weekend Harley was arrested.