‘They’re Probably Going to Try to Kill Him’: Inmate and Former Prison Warden Agree Derek Chauvin Will Be ‘Instant Target’ in Prison

Former Minneapolis police officer Derek Chauvin will be an “instant target” and will face efforts by other inmates to “kill him,” a current inmate and former prison warden both warned in advance of the convicted murderer’s scheduled sentencing this Friday, June 25.

“Jeez, I hate to say this, but I would say that they’re probably going to try to kill him,” Michael J. Moore, a currently incarcerated author, said in an interview on the Law&Crime Network program Brian Ross Investigates.

“The maximum security prisons are obviously, among the inmates, run by gangs,” Moore said. “They’re going to [want to] send somebody to scatter [Chauvin], or a couple people to beat him up… the guys in here, they earn a lot of points, I guess you would say, with whatever his affiliation is for things like that.”

Prosecutors are asking Judge Peter Cahill, to sentence Chauvin to 30 years in prison for his convictions in the murder of George Floyd. State sentencing guidelines for someone with no criminal record would normally call for a sentence of 12 and a half years, but prosecutors say the cruelty he showed in the death of Floyd and the fact that the violence occurred in front of children are aggravating factors that require a longer sentence.

Veteran former warden Cameron Lindsay said prison officials need to take enhanced security measures to protect Chauvin behind bars. “One could argue that Derek Chauvin is America’s most hated person,” Lindsay said on Brian Ross Investigates. “So therefore, the Minnesota Department of Corrections will have a challenge in terms of ensuring his safety and security.”

Since late April, the convicted police officer has been housed within Oak Park Heights’ Administrative Control Unit, Minnesota’s only Level 5 maximum-security prison. Under this protective custody setting, Chauvin has experienced an iteration of incarcerated life that is both isolating and disparaging – characterized by 24-hour surveillance, 23 hour periods of solitary confinement, and a daily total of 1 hour of recreational activity allotted to him. 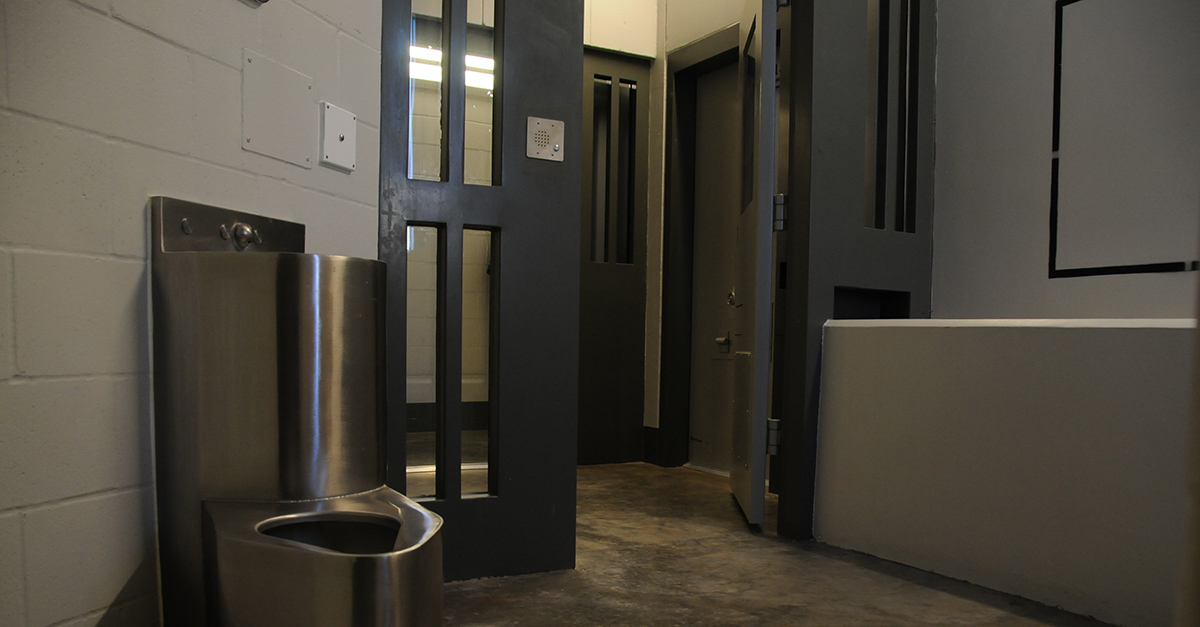 MCF Oak Park Heights, where Chauvin is being held, Minnesota Department of Correction

Given concerns about his personal security and safety, Chauvin is likely to find similar isolating conditions, however long his sentence is.

“The Minnesota D.O.C. does have a responsibility to safeguard [Chauvin],” Lindsay reflected. “And I think the only way to do that is to keep him single celled throughout the duration of his incarceration.”

Recent reports have detailed that Chauvin was placed under suicide watch during this stay at Oak Park Heights – a standard protective precaution which, according to Lindsay, law enforcement officers will have a continued obligation to pursue after Chauvin is sentenced.

“The D.O.C. should have mental health professionals checking on this individual as they would on all inmates,” Lindsay told Brian Ross Investigates. “Everybody realizes the sensitive nature of this case. There are many, many people who would like to see Derek Chauvin dead. But that, in my mind, is irrelevant. We have a constitutional obligation to ensure that our systems of justice are upheld. And that means ensuring the safety and security of every inmate that is incarcerated.”

When asked about Chauvin’s ultimate fate in prison, Moore told Brian Ross Investigates: “You know, I hate to say it … it’s a bleak reality for a guy like him.”

[Image via the Minnesota Department of Corrections]