Police Catch Person Who's Been Pooping on Lawns in Indiana 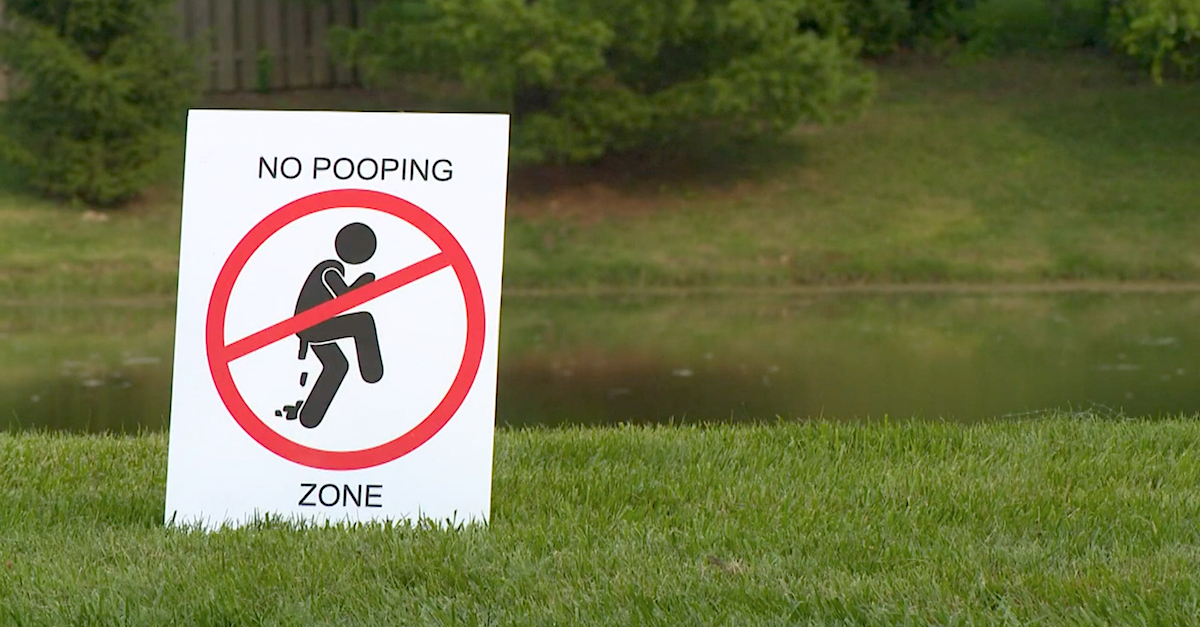 Police have caught an Indianapolis-area person known by people across proportional area premises as “the pooper.” The aptly-dubbed defecator has been dropping feces in Fishers, Indiana — and the person fingered was ferreted out by people discovering droppings on their lawns every few days. Tiny piles of toilet paper and unpleasant pellets of petulant poo have been scattered across three or four plots and parcels each week this summer, the denizens say.

The alleged miscreant’s excrement has forced citizens to claim the clean-up chores to capture and cast away the bowel movement messes a believed-to-be jogger jettisoned for someone else to muck out.

A plethora of placards demarking the scenes of these dastardly deeds failed to dissuade the defecation for days on end — and they were even featured in local television station WTHR’s dedicated dissemination of the details of the local dumps.

Local constables say they’ve now captured the unnamed craven culprit apparently caught on doorbell camera video crapping on the commons while out on her daily constitutionals.

The offensive and odious ordure will not reportedly result in any criminal ramifications for now, the Fishers Police Department said on Facebook. Both neighbors and the police identified the culprit as a female, but the authorities said at least one person has been “falsely accused” in the case — suggesting that they want the smooth moves left for them to handle:

Suspicious Activity Update: Fishers police have identified the person responsible for defecating in yards located in the Windermere Neighborhood. Officers encouraged her to seek professional assistance, and criminal charges may be still filed in the future.

The Fishers Police Department has been made aware of at least one individual who has been falsely accused in this case. We caution residents against sharing information, related to criminal investigations, that has not been verified by the police department.

Suspicious Activity Update: Fishers police have identified the person responsible for defecating in yards located in the…

Some neighbors who appeared on WTHR surmised for the suspect that a treadmill and a nearby toilet would have been a better option than being trounced by the entire town on account of one’s turds.

Authorities have not released the suspect’s name.