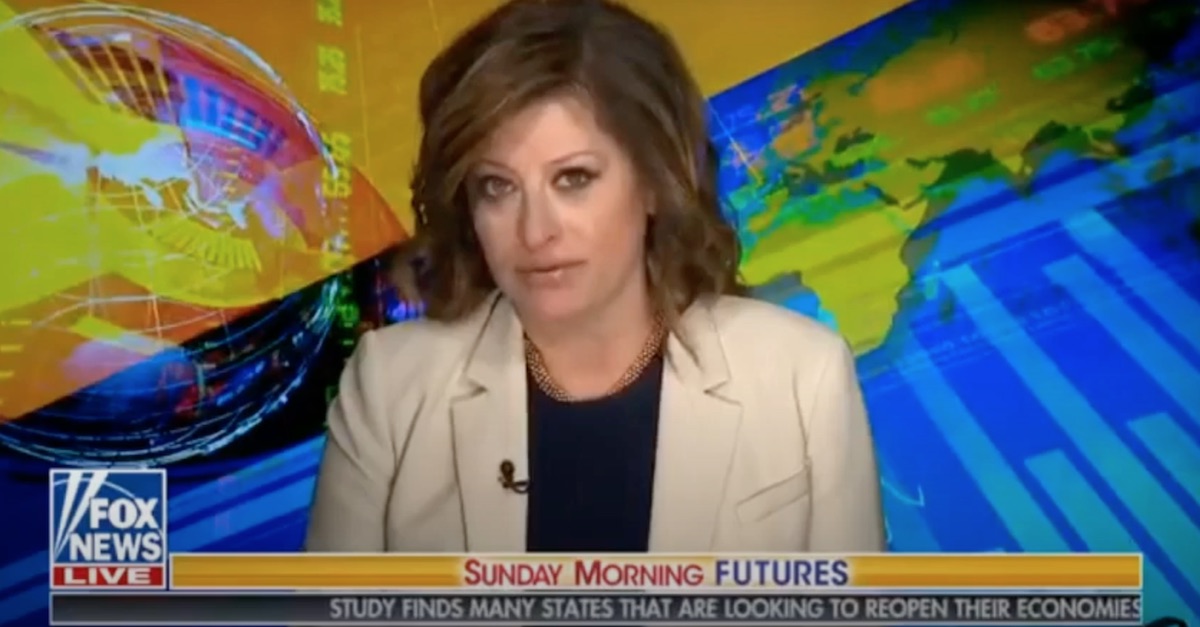 We know Mueller’s office did not find any evidence of Russian collusion but did u also know that charges that Mueller’s team brought against 12 Russian nationals were quietly dropped last month? Unreal @MorningsMaria @FoxBusiness @FoxNews @SundayFutures

“We know Mueller’s office did not find any evidence of Russian collusion but did u also know that charges that Mueller’s team brought against 12 Russian nationals were quietly dropped last month?” Bartiromo asked. “Unreal @MorningsMaria @FoxBusiness @FoxNews @SundayFutures.”

In March, the U.S. Attorney’s Office for the District of Columbia led by former William Barr aide Timothy Shea publicly filed a motion to dismiss the case against Concord Management and Consulting LLC, which has often been referred to as the Russian troll farm defendant. Concord Management was one of more than a dozen Russian nationals or entities charged by Mueller during his investigation into Russian interference in the 2016 election, as you can see below. 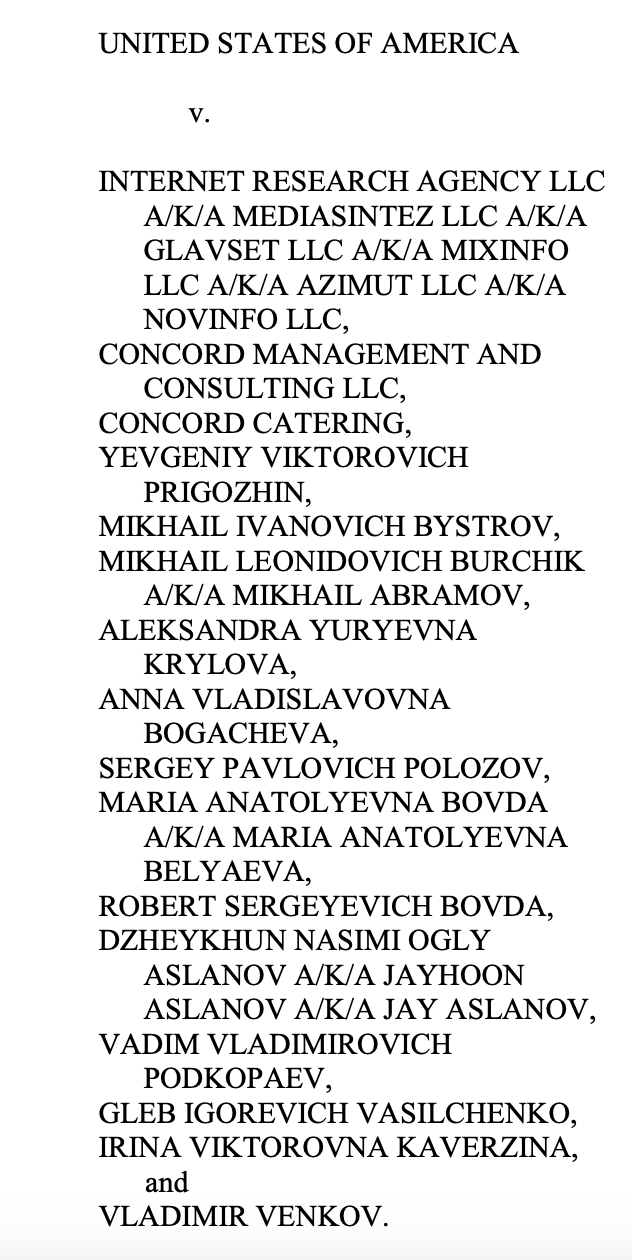 That indictment was handed down in Feb. 2018.

“The United States will continue its efforts to apprehend the individual defendants and bring them before this Court to face the pending charges, but because substantial federal interests are no longer served by continuing with the proceedings against the Concord Defendants, the government moves, respectfully, to dismiss with prejudice Count One of the indictment as to them,” the filing said, emphases ours.

Shea’s office said it moved to dismiss the indictment as it pertained to Concord Management, in part, because of the risk of exposing American law enforcement methods.

“In light of the defendant’s conduct, however, its ephemeral presence and immunity to just punishment, the risk of exposure of law enforcement’s tools and techniques, and the post-indictment change in the proof available at trial, the balance of equities has shifted,” the filing said. “It is no longer in the best interests of justice or the country’s national security to continue this prosecution. And although the time and resources expended to-date have been considerable, that factor ‘deserves no weight and should not influence’ our decision.”

All of that aside, it should be noted that Mueller himself did say publicly that his office found no collusion—because they weren’t looking for collusion.

“The president was not exculpated for the acts that he allegedly committed,” Mueller said during a public hearing on his investigation. “We did not address ‘collusion,’ which is not a legal term. Rather, we focused on whether the evidence was sufficient to charge any member of the campaign with taking part in a criminal conspiracy. It was not.”