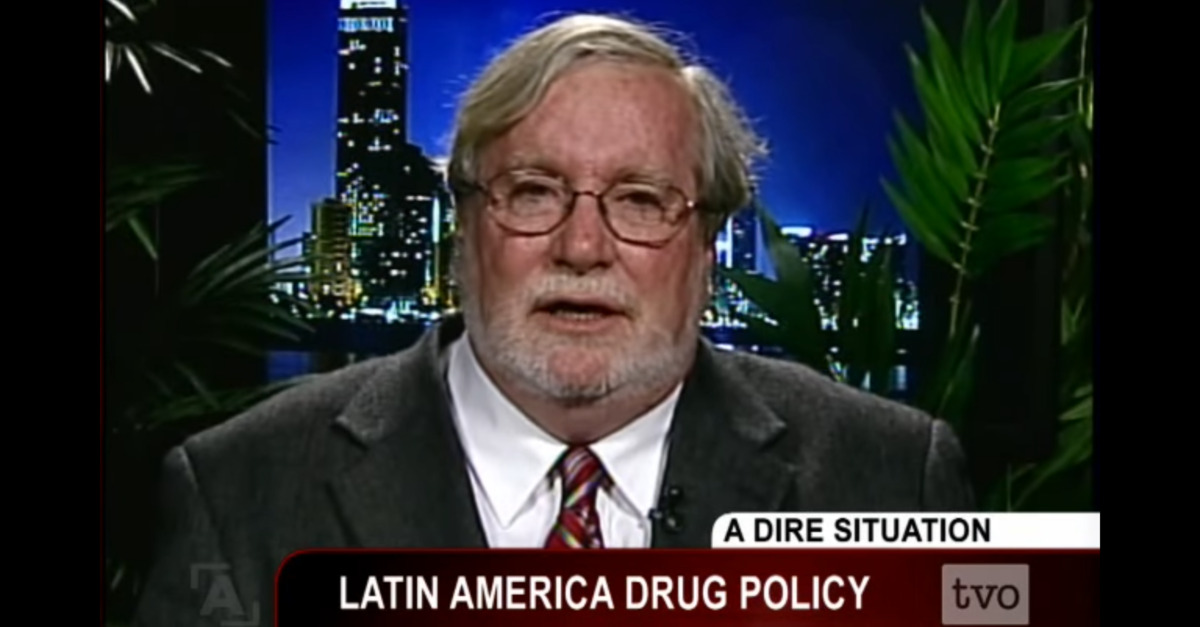 Bruce Bagley is the author of a widely-used textbook about money laundering. In fact, he’s considered one of the leading experts on the subject. On Monday, Bagley was charged with laundering $3 million.

According to the Department of Justice, federal prosecutors in the Southern District of New York (SDNY) filed charges against Bagley over allegations that he laundered funds sourced from “Venezuelan corruption and bribery between November 2017 and October 2018.”

The SDNY alleges that Bagley opened multiple bank accounts on behalf of a company he owned. After that, prosecutors claim, those bank accounts received funds from offshore accounts in the United Arab Emirates and Switzerland.

Those offshore accounts allegedly belonged to a wealth management firm and a “purported food company,” according to court documents. They were allegedly owned by a Colombian national who was not named in the indictment.

After the transfers were made, Bagley allegedly withdrew up to 90% of the funds via cashier’s checks made out to yet another account held by yet another person whose name does not appear in the indictment. The remaining funds were allegedly Bagley’s to keep.

It’s a complex scheme but it’s not necessarily illegal. Under-girding the criminal nature of the allegations, however, prosecutors say that Bagley was apprised the source of the funds stemmed from corrupt practices–such as bribery–in Venezuela.

“Criminals employ a host of methods to launder the proceeds of their crimes, but in order to be successful, they need a way to hide and move their money,” said FBI Assistant Director-in-Charge William F. Sweeney Jr. in a statement. “As we allege, Bagley, an American professor, contributed to the success of illegal activity overseas, carried out against the Venezuelan people, by facilitating access to illicitly obtained funds, and profiting from his role in the crime. About the only lesson to be learned from Professor Bagley today is that involving oneself in public corruption, bribery, and embezzlement schemes is going to lead to an indictment.”

Bruce Bagley, a college professor and author of the book Drug Trafficking, Organized Crime, and Violence in the Americas Today, allegedly opened bank accounts for the express purpose of laundering money for corrupt foreign nationals.  Moreover, the funds Bagley was allegedly laundering were the proceeds of bribery and corruption, stolen from the citizens of Venezuela.  Today’s charges of money laundering and conspiracy should serve as an object lesson for Bruce Bagley, who now faces a potential tenure in federal prison.

Bagley was charged with two counts of money laundering and one count of conspiracy. He faces up to 20 years in prison.