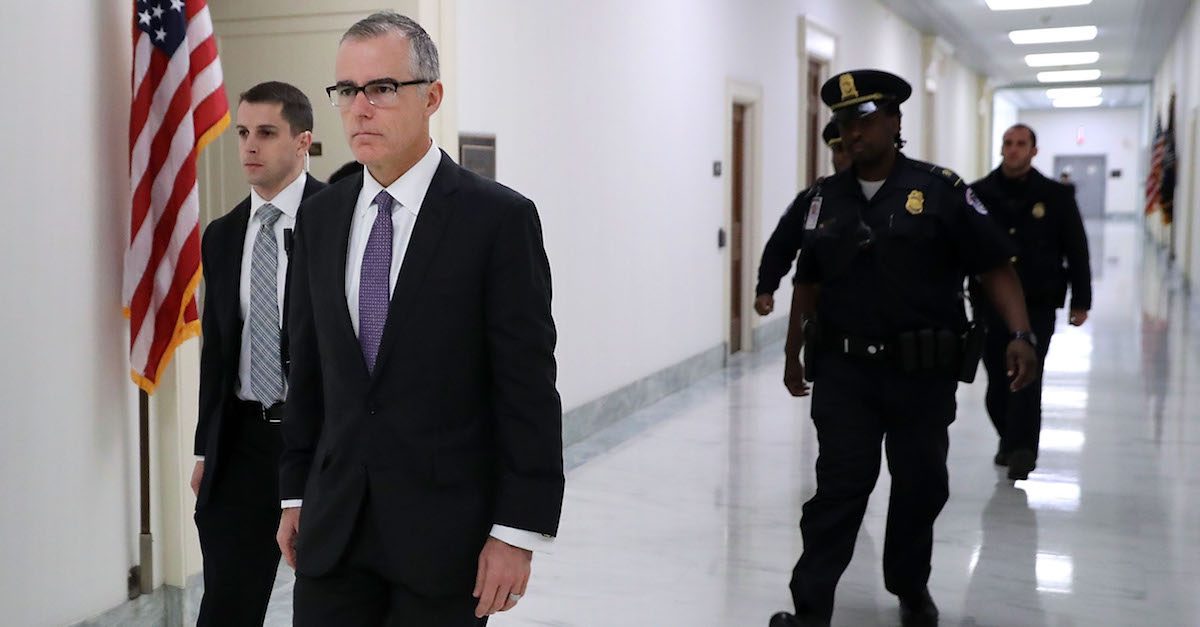 There it is, Michael Bromwich‘s reaction:

This has zero to do with national security. This is an Official Enemies List. The offense: exercising 1st Amendment rights. https://t.co/tNLr86S4m5

“This has zero to do with national security,” Bromwich said. “This is an Official enemies list.”

“Donald Trump’s press conference performance in Helsinki rises to & exceeds the threshold of ‘high crimes & misdemeanors.’ It was nothing short of treasonous. Not only were Trump’s comments imbecilic, he is wholly in the pocket of Putin. Republican Patriots: Where are you???” he said.

On Tuesday, Brennan called Trump “dangerous” for America and repeated this on MSNBC.

It’s astounding how often you fail to live up to minimum standards of decency, civility, & probity. Seems like you will never understand what it means to be president, nor what it takes to be a good, decent, & honest person. So disheartening, so dangerous for our Nation. https://t.co/eI9HaCec1m

Bromwich’s response is not surprising as his client was mentioned among these names.

After Attorney General Jeff Sessions fired McCabe in March, the Office of the Inspector General (OIG) released a report saying McCabe “lacked candor” or lied about several instances regarding his involvement in authorizing a leak of information about an investigation of the Clinton Foundation.

This resulted in a criminal referral.

McCabe’s “lack of candor” was a subject discussed by his former boss, James Comey (who is also an apparent target of Trump’s security clearance wrath.)

Comey said “I like [McCabe] very much as a person but sometimes even good people do things they shouldn’t do.”

“It’s not acceptable in the FBI or the Justice Department for people to lack candor, he added.

Update: the date on Trump’s statement about Brennan’s security clearance is July 26, indicating that Brennan’s Helsinki comments were behind the move. Trump and Putin took the world stage on July 16.

The date on President Trump's statement about revoking John Brennan's security clearance? July 26. Three weeks ago. I guess it's just a coincidence that the White House decided to announce this as they struggle to deal with the fallout from Omarosa's book. pic.twitter.com/c6TvfmOD9e