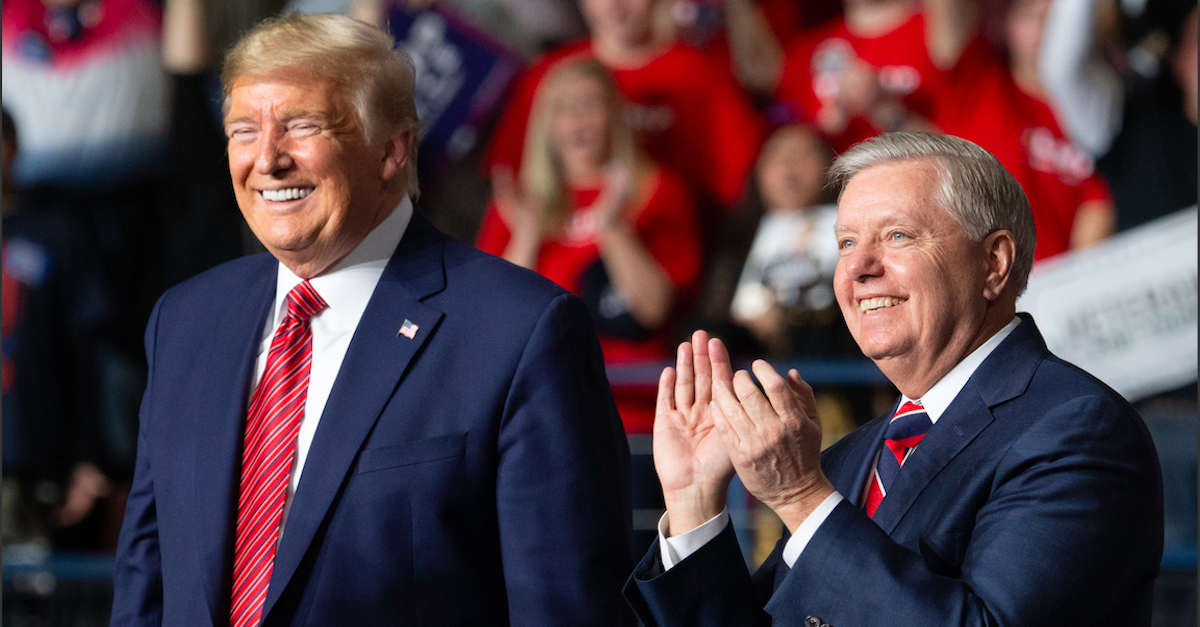 A bipartisan group of U.S. senators on Wednesday condemned President Donald Trump’s hand-picked director of the U.S. Agency for Global Media (USAGM) Michael Pack, who took over the agency last month and proceeded to fire nearly all of the organization’s top leaders in what became known as the “Wednesday Night Massacre.”

In a letter to Pack penned by seven senators, including Republican Sens. Lindsey Graham (R-S.C.) and Marco Rubio (R-Fla.), the lawmakers expressed “deep concern” over the sudden purge of the agency’s top employees, which many believe to be part of a larger effort to politicize the internationally broadcasted content.

The USAGM oversees one of the largest international media networks in the world with the congressionally mandated goal of promoting the free flow of news, combatting censorship, and countering disinformation, particularly in authoritarian countries, with objective factual reporting.

“The termination of qualified, expert staff and network heads for no specific reason as well as the removal of their boards raises questions about the preservation of these entities and their ability to implement their statutory missions now and in the future. These actions, which came without any consultation with Congress, let alone notification, raise serious questions about the future of the [USAGM] under your leadership,” the senators wrote.

“We are at a critical moment in history where malign actors including Russia, China, and Iran, are using advanced tools and technology to undermine global democratic norms, spreading disinformation, and severely restricting their own free press to hamper access to independent news for their citizens. As these and other authoritarian regimes further crack down domestically, their citizens turn to outside media as their only trustworthy source of unbiased, accurate news.”

Pack, who was confirmed to the role by the Republican-led Senate in June despite an active criminal investigation by the D.C. Attorney General, is a conservative filmmaker and close ally of former presidential advisor Steve Bannon. His nomination had been inert for nearly two years until the president in April erroneously began accusing USAGM subsidiary Voice of America (VOA)  of disseminating Chinese propaganda.

According to the Washington Post, agency insiders believe Pack is “bent on carrying out a purge of what Mr. Bannon has described as an outpost of the ‘deep state’ and converting [USAGM] into another vehicle for promoting Mr. Trump.”

The senators emphasized that such efforts would run counter to the structure put in place by Congress while simultaneously empowering autocratic rulers, and warned that politicization of the agency would lead to a review of its funding.

“As the United States faces global challenges in the information space, it cannot afford to invest in an enterprise that denigrates its own journalists and staff to the satisfaction of dictators and despots, nor can it be one that fails to live up to its promise of providing access to a free and independent press. Congress set up these networks, and its governance structure at USAGM, to preserve the grantees’ independence so they can act as a bulwark against disinformation through credible journalism,” the letter stated. “Given the bipartisan and bicameral concern with recent events, we intend to do a thorough review of USAGM’s funding to ensure that United States international broadcasting is not politicized and the agency is able to fully and effectively carry out its core mission.”

July1 LTR to Michael Pack by Law&Crime on Scribd