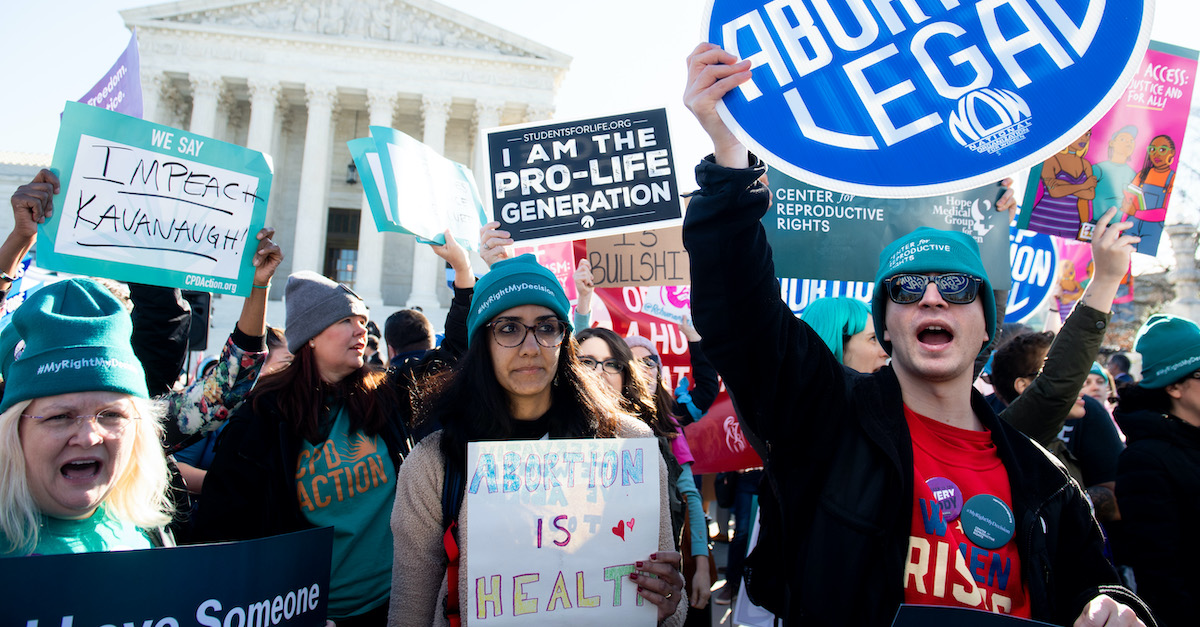 Late last year, a federal judge blocked a Tennessee law that required a waiting period and mandatory in-person consultations for women who wanted an abortion, measures that the court found to have been medically unnecessary. Attorneys general from 19 states and Washington, D.C. asked the Sixth Circuit on Thursday to affirm that decision.

After a four-day bench trial, Senior District Judge Bernard A. Friedman struck down the measures as unconstitutional and untethered to medical science.

“Having carefully considered the extensive evidence in the record, the court concludes that the statutory waiting period provides no appreciable benefit to fetal life or women’s mental and emotional health,” Judge Friedman found in a 136-page ruling this past October. “On the contrary, the statute imposes numerous burdens that, taken together, place women’s physical and psychological health and well-being at risk. The burdens especially affect low-income women, who comprise the vast majority of those seeking an abortion, and substantially limit their access to this medical service.”

For the 20 attorneys generals, Tennessee failed entirely to do so.

“There is no evidence that women in these states fail to make informed decisions about their medical needs, or that waiting-period laws improve women’s decision making process,” the friend-of-the-court brief states. “The challenged law thus is not reasonably related to Tennessee’s stated aim of ensuring informed consent. Instead, the law increases the costs of accessing abortion and unnecessarily delays the procedure, imposing serious burdens on women seeking to terminate pregnancies, including by increasing the medical risks associated with later abortions and, in some cases, eliminating a woman’s ability to exercise her constitutional right at all.”

One of them, New York Attorney General Letitia James (D), characterized the enjoined Tennessee law as a part of a history of states looking for “ways to turn back the clocks and unconstitutionally restrict women’s reproductive rights.”

“Time and again, various states have passed laws that seek to limit reproductive choices and control women’s bodies,” James wrote in a statement. “This latest law by Tennessee not only does that, but does so while placing women’s health at risk. Our coalition will continue to fight to protect women’s bodies, their freedoms, and their choices.”

The Guttmacher Institute, a pro-choice research organization, found that waiting-period laws exist in 25 states—most often 24 hours—before a consultation and an abortion. The attorneys general wrote that their own experience shows such laws are inappropriate.

“Waiting-period laws like Tennessee’s are neither necessary nor appropriate to facilitate informed consent, and they imposeserious burdens on women seeking to obtain abortions,” they wrote in the amicus brief.

“We have significant differences on a policy issue and we intend to fully defend our State’s legislation, especially when waiting periods have been approved in prior cases,” his communications director Samantha H. Fisher told Law&Crime.

Tennessee also has attorney-general allies in their corner: some 23 of them, largely from other red states, who filed a separate amicus brief filed in early March. Both amicus briefs fell along predictable partisan lines.

The Sixth Circuit agreed to granted en banc review—meaning a hearing before the appellate court’s full bench—on Friday, a day after the original publication of this article.

Update—April 9 at 4:43 p.m. Central Time: This story has been updated to include comment from Slattery’s office and note that the Sixth Circuit granted en banc review the day after the Democratic AGs’ amicus brief was filed.