‘The Court Can Infer That Fox Intended to Avoid the Truth’: Judge Refuses to Dismiss Dominion Lawsuit Against Fox News Over 2020 Election Coverage 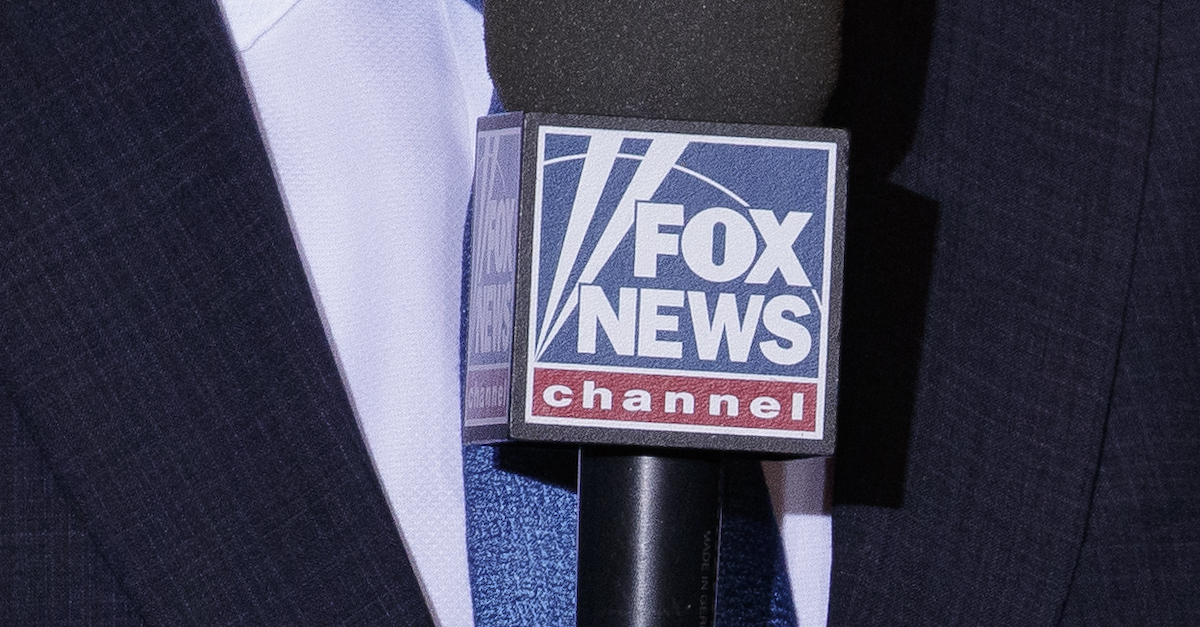 A Delaware state judge on Thursday refused to dismiss a lawsuit by Dominion Voting Systems and its various corporate incarnations against FOX News Media surrounding the latter’s coverage of the 2020 election.

Delaware Superior Court Judge Eric M. Davis rationed that Dominion’s case laid out a “reasonably conceivable” defamation claim.  But the judge’s refusal to dismiss the action comes at a stage in the litigation where he is legally obligated to remain at least somewhat deferential to the accusations lodged by Dominion against FOX.

“For purposes of the Motion, the Court must view all well-pled facts alleged in the Complaint as true and in a light most favorable to Dominion,” Judge Davis wrote while citing the legal standard for motions to dismiss.

Indeed, “[a]t this stage, the Court usually does not consider facts outside the Complaint,” the judge added — again suggesting that he was taking Dominion’s assertions at face value for the purposes of this early stage of review.

The judge then launched on a rather rote recitation of the facts of the case — from the perspective of Dominion.

For instance, the judge wrote that “lies” were “repeated” during a Mike Lindell appearance on “Tucker Carlson Tonight” — but the judge was accepting allegations by Dominion as true for the purposes of deciding whether the case needed to be dismissed based on the way Dominion wrote its voluminous complaint.

FOX News moved to dismiss the case under Delaware Rule 12(b)(6), which is a civil procedure mechanism which tests the pleadings more than it tests the merits of the case.  For students of civil procedure, Delaware’s Rule 12(b)(6) is similar to Federal Rule 12(b)(6).  Both allow a judge to jettison an action for “failure to state a claim upon which relief can be granted.”

A party may move to dismiss under this Civil Rule 12(b)(6) for failure to state a claim upon which relief can be granted. In considering a Rule 12(b)(6) motion, the Court (i) accepts as true all well-pleaded factual allegations in the complaint; (ii) credits vague allegations if they give the opposing party notice of the claim; (iii) draws all reasonable factual inferences in favor of the non-moving party; and (iv) denies dismissal if recovery on the claim is reasonably conceivable. The Court, however, need not “accept conclusory allegations unsupported by specific facts or . . . draw unreasonable inferences in favor of the non-moving party.”

The judge rationed that, based on the pleadings, the lawsuit should remain alive.

Delaware’s pleading standard is “minimal.” Dismissal is inappropriate unless “under no reasonable interpretation of the facts alleged could the complaint state a claim for which relief might be granted.”

[T]he Court finds that the Complaint is not conclusory. Dominion pleads specific facts that put Fox on notice as to Dominion’s claims. The Complaint, and its exhibits, are detailed and focused, and state a reasonably conceivable defamation per se claim.

The Court has reviewed the Complaint and its exhibits. The Complaint is detailed and specific and addresses each element of the claim. The Complaint provides ample notice as to the basis of Dominion’s claims against Fox. For the reasons discussed below, the Court finds that none of Fox’s arguments mandate dismissal under Civil Rule 12(b). Accordingly, the Court is denying the Motion.

As Judge Davis noted, FOX hasn’t even “answered the complaint” in an official fashion — it merely moved to toss the matter from court.

The judge also noted that Delaware courts “have been wary of granting dismissal based on affirmative defenses, including on the privileges Fox invokes here.”

FOX had sought to toss the case by invoking the First Amendment and “New York free-speech doctrines.”  It also argued that Dominion failed to plead its claims with “actual malice” — the legal standard which measures whether a defendant disseminated information “with knowledge or reckless disregard of its falsity and that the person responsible for telecasting the speech in fact entertained serious doubts about its truth.”

Judge Davis said it wasn’t time to consider some of those defenses.

“[E]ven silly or trivial defamation claims can easily survive a motion to dismiss where the plaintiff pleads facts that put the defendant on notice of his claim, however vague or lacking in detail these allegations may be,” the judge then noted — this time quoting Delaware case law.

One legal doctrine raised by FOX was the so-called “neutral reportage doctrine.”  According to the judge, “Fox argues that it was free to broadcast, without liability, allegations made against Dominion by the Trump Campaign and its attorneys on a matter of public concern.”

“The neutral reportage defense bars recovery for defamation when the challenged statements, even if defamatory, are ‘newsworthy,'” the judge recapped while explaining the law.

However, he ultimately concluded that FOX’s attempt to employ the defense was legally shaky at best.

The “neutral reportage doctrine,” the judge said, “seems to run contrary to United States Supreme Court precedent as it seems to create a nearly unqualified privilege” for the media.

Here, the judge skewered FOX’s attempt to use the defense as a shield against Dominion:

The neutral reportage defense would not warrant dismissal here even if the defense were available. To assert and benefit from this defense, a defendant must show that the defendant accurately and dispassionately reported the newsworthy event.

Dominion’s well-pleaded allegations, however, support the reasonable inference that Fox’s reporting was not accurate or dispassionate.

The judge continued at length:

The Court, reviewing the Complaint’s allegations, notes that it is reasonably conceivable that Fox’s reporting was inaccurate. As alleged, Dominion attempted to factually address Fox’s election fraud allegations. After Fox began connecting Dominion to election fraud claims, Dominion sent Fox executives and television anchors its “SETTING THE RECORD STRAIGHT” emails. Dominion’s emails, which contained analysis from election and related experts, tended to disprove the election fraud claims. Nevertheless, Fox and its news personnel continued to report Dominion purported connection to the election fraud claims without also reporting on Dominion’s emails. When Fox guests spread or reiterated disinformation about Dominion, Fox did not use the information Dominion provided to correct its guests or to reorient its viewers. Instead, Fox and its personnel pressed their view that considerable evidence connected Dominion to an illegal election fraud conspiracy.

In addition, the Court notes that it is reasonably conceivable that Fox was not dispassionate. Given that Fox apparently refused to report contrary evidence, including evidence from the Department of Justice, the Complaint’s allegations support the reasonable inference that Fox intended to keep Dominion’s side of the story out of the narrative. Moreover, the Complaint alleges numerous instances in which Fox personnel did not merely ask questions and parrot responses but, rather, endorsed or suggested answers. Fox therefore may have failed to report the issue truthfully or dispassionately by skewing questioning and approving responses in a way that fit or promoted a narrative in which Dominion committed election fraud.

Additionally, FOX sought to employ the so-called “fair report privilege.”  For that privilege to apply, FOX’s broadcasts would had to have disseminated a “fair and true report of any judicial proceeding, legislative proceeding or other official proceeding.”  The judge rationed that Dominion’s “allegations support the reasonable inference that Fox’s reporting (i) was not fair or true and (ii) did not concern an official proceeding.”

Finally, Judge Davis refused to allow FOX to defend itself at this stage of the proceeding by invoking claims that its broadcasts contained opinions, not facts.

“Fox argues that any defamatory statements made by its news personnel were pure opinion and, therefore, are not actionable,” Davis wrote.  “The opinion defense, however, is fact-based. Accepting Dominion’s allegations as true, Fox’s statements were not opinions. So factual issues regarding whether a reasonable listener would consider Fox’s statements to be opinion or fact preclude dismissal.”

Toward the end of the opinion, Judge Davis notably ruled that Dominion had “adequately alleged actual malice” in its complaint.

“At this stage, the Court finds that the Complaint alleges facts that Fox made the challenged statements with knowledge of their falsity or with reckless disregard of their truth,” the judge wrote.

The Complaint supports the reasonable inference that Fox either (i) knew its statements about Dominion’s role in election fraud were false or (ii) had a high degree of awareness that the statements were false. For example, Fox possessed countervailing evidence of election fraud from the Department of Justice, election experts, and Dominion at the time it had been making its statements. The fact that, despite this evidence, Fox continued to publish its allegations against Dominion, suggests Fox knew the allegations were probably false.

In addition, the Complaint alleges that several of Fox’s personnel openly disclaimed the fraud claims as false. Yet, certain Fox personnel (e.g., Mr. Dobbs) continued to push the fraud claims. The nearby presence of dissenting colleagues thus further suggests Fox, through personnel like Mr. Dobbs, was knowing or reckless in reporting the claims.

“The Complaint also alleges facts that there were signs indicating the reports were false,” Davis said in conclusion.  “From these, the Court can infer that Fox intended to avoid the truth. Whether Dominion ultimately will prove Fox’s actual malice by clear and convincing evidence is irrelevant on a motion to dismiss. At this stage, it is reasonably conceivable that Dominion has a claim for defamation per se.”

The judge ordered additional briefing on whether New York’s Anti-SLAPP law applied to the proceeding and whether Dominion constituted a “public” or “private” figure for the purposes of defamation law.

In response to the judge’s decision to keep the case alive, FOX defended its election-related content in a statement to Law&Crime.

“As we have maintained, FOX News, along with every single news organization across the country, vigorously covered the breaking news surrounding the unprecedented 2020 election, providing full context of every story with in-depth reporting and clear-cut analysis,” the statement said.  “We remain committed to defending against this baseless lawsuit and its all-out assault on the First Amendment.”

[Editor’s note:  this report, which began as a breaking news piece, has been updated substantially to include additional detail from the judge’s 52-page opinion.]