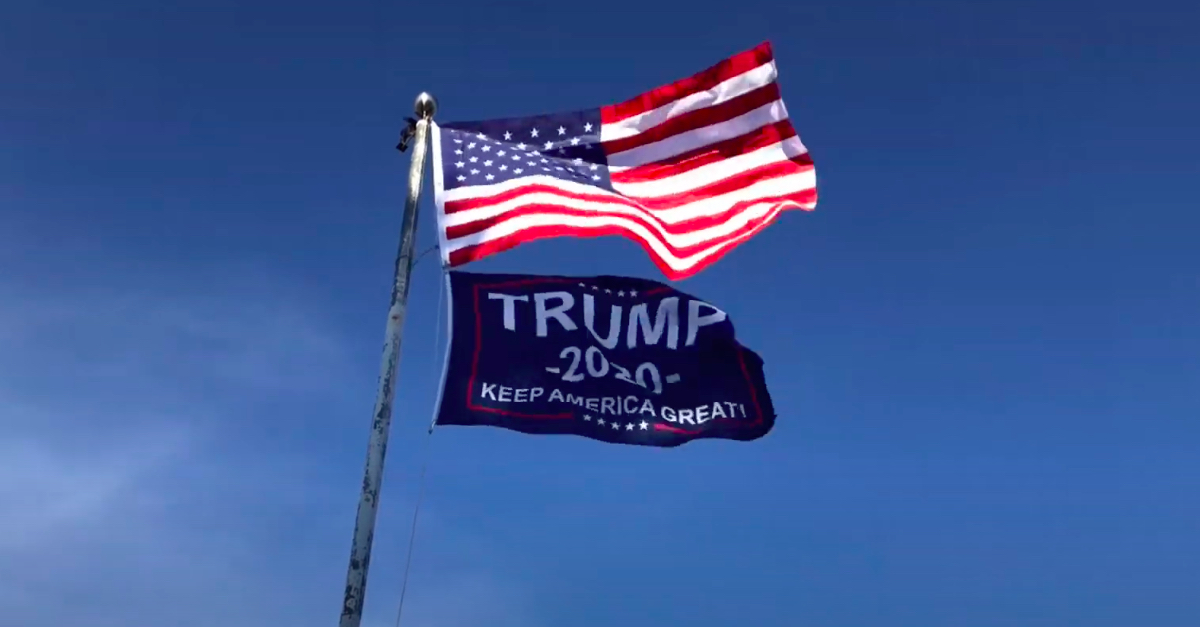 The private printing company responsible for sending nearly 30,000 absentee ballots to the wrong addresses in Pennsylvania earlier this month is under fire again after failing to deliver tens of thousands of ballots to several Ohio and Pennsylvania counties by Oct.6, forcing the municipalities to fend for themselves with the election just weeks away. Midwest Direct, the Cleveland-based company that was contracted to print the mail-in ballots for the two crucial swing states, raised further eyebrows when its owners voiced their steadfast support for President Donald Trump, who has led the charge on the GOP’s fallacious attacks on the security of voting by mail.

The family-owned printing business is owned by two brothers, chief executive Richard Gebbie, and chairman James Gebbie, who this summer began flying a “Trump 2020” flag outside the company’s headquarters, The New York Times reported Friday. The flag is not currently up now, however.

NEW: A Cleveland company that agreed to print absentee ballots for dozens of counties in OH and PA is 10 days late in getting them to voters.

The company's owners are Trump supporters and flew a Trump flag at their HQ. https://t.co/tAsKXQlOJL

“It was a curious juxtaposition,” the Times’ Reid J. Epstein wrote, “a company in the business of distributing absentee ballots through the mail showing a preference for a president who has spent months denigrating the practice of voting by mail.”

President Trump and U.S. Attorney General William Barr have both consistently amplified the false assertion that mail-in voting will inevitably lead to widespread fraud, with Trump claiming “it will be the scandal of our times.”

While the president and attorney general have stoked fears about mail-in ballots, Democrats have encouraged prospective voters to vote that way—particularly due to the threat posed by the COVID-19 pandemic. The Trump campaign and/or Republican National Committee have filed lawsuits in multiple states challenging vote-by-mail expansion. Democrats, on the other hand, have challenged various attempts to restrict voting options.

RIGGED 2020 ELECTION: MILLIONS OF MAIL-IN BALLOTS WILL BE PRINTED BY FOREIGN COUNTRIES, AND OTHERS. IT WILL BE THE SCANDAL OF OUR TIMES!

According to the Times’ report, the counties with the highest volumes of undelivered absentee ballots are densely populated urban and suburban areas. Summit and Lucas Counties, which accounted for two of the eight Ohio counties that Hillary Clinton won in 2016, had both been affected by Midwest Direct’s inability to fill ballot orders.

“It is fair to say today that no one – not the various boards of elections, not Ohio’s Secretary of State, not our company – anticipated the staggering volume of mail-in ballot requests that has actually occurred,” the company said in a statement.

While there are no allegations or reports that Midwest Direct mishandled any of the ballots they printed, lawmakers in Ohio this week called on the Secretary of State Frank LaRose (R) to investigate the company and get to the bottom of why Midwest Direct did not deliver the ballots in accordance with the county contracts.

“I am calling for an investigation into what happened at Midwest,” Lucas County Commissioner Pete Gerken told local news source WTOL. “Lucas is not the only county this has happened to…We deserve to know what happened. The company has not put much into writing for us. The only way we knew the ballots went out is because our bank account was charged (for the postage).”

Butler County, Ohio Board of Elections Director Diane Noonan told the Times that the company “overpromised and underdelivered.”