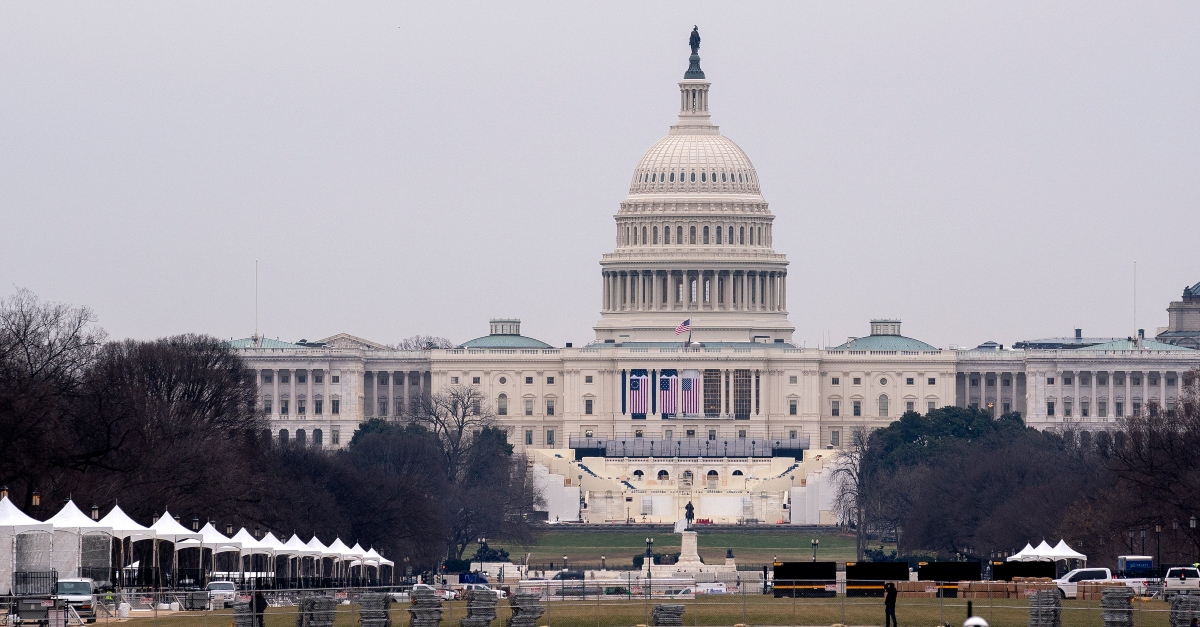 The man seen wearing a “Camp Auschwitz” sweatshirt at the insurrection on Wednesday in the Capitol Building has been identified as a Virginia resident. His name is Robert Keith Packer, according to three sources speaking to CNN.

Man in ‘Camp Auschwitz’ sweatshirt during Capitol riot is identified as Robert Keith Packer of Virginia, @CNN is reporting. pic.twitter.com/0zmzMs58F6

The individual was seen wearing a black sweatshirt that featured a skull and crossbones, the title “Camp Auschwitz,” and an English translation of the phrase that appeared at the entrance of Nazi concentration camps, including the one at Auschwitz: “Work brings freedom.”

He was among the mob who stormed the Capitol Building after President Donald Trump continued to lie that he actually won the 2020 presidential election. Pending charges against people often stem from defendants having entered the building.

A Virginia local, who spoke to CNN on condition of anonymity, described Packer as an extremist.

“He’s been always extreme and very vocal about his beliefs,” this person said.

The New York Times backed up the reporting that this was Packer, citing two sources, who requested anonymity out of concern of getting him mad. He is from the city of Newport News.

Supporters of President Donald Trump stormed the Capitol on Wednesday after POTUS continued to lie that he had actually won the 2020 presidential election and it was being stolen from him. The insurrection paused, but did not stop Congress from certifying electoral college results in behalf of President-elect Joe Biden.

Five people died amid the chaos. Trump supporter Ashli Babbitt, 35, was shot and killed by Capitol police. Three others–Rosanne Boyland, 34, Kevin Greeson, 55; and Benjamin Phillips, 50–died from what cops described as “medical emergencies.” The death of Capitol police officer Brian Sicknick is being investigated as a possible murder as he was allegedly struck with a fire extinguisher.