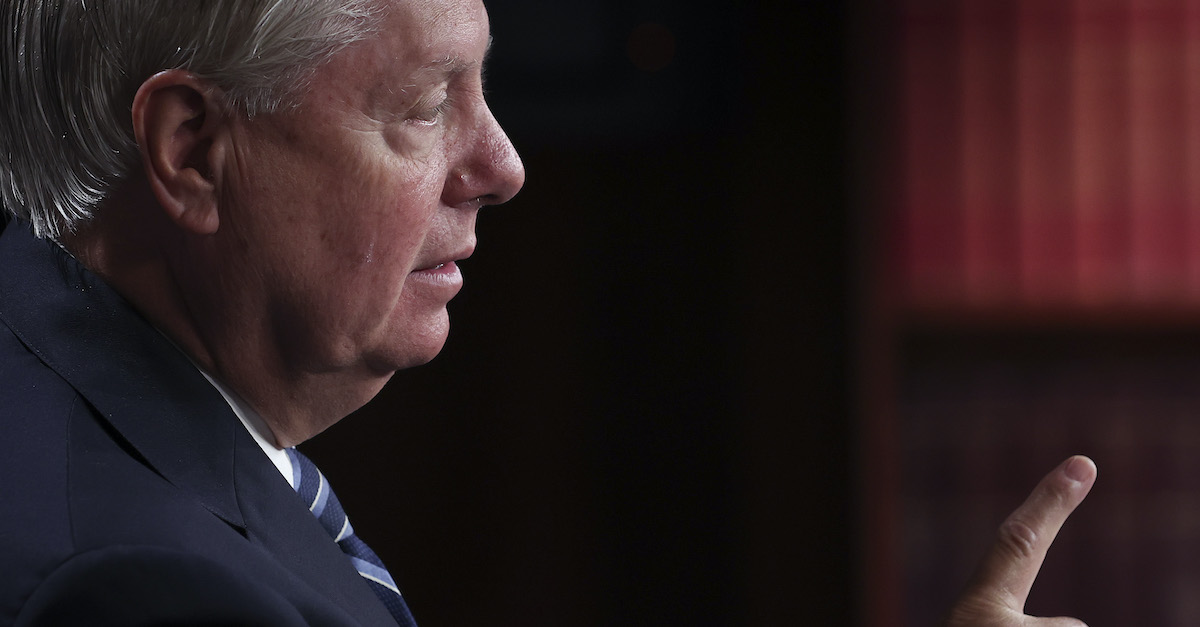 Sen. Lindsey Graham (R-S.C.) and Fulton County District Attorney Fani Willis (D) have agreed that any challenge to Graham’s subpoena will be litigated in Georgia, ending a South Carolina case one day after Willis’ lawyers said it was premature.

A stipulation filed Tuesday said Graham has agreed to accept service of a subpoena “without waiving any challenges or any applicable privilege and/or immunity,” and that any challenges will be filed in Fulton County Superior Court or the Northern District of Georgia.

It’s a largely procedural move that doesn’t address the key legal issues in Graham’s motion to quash or remove the matter to federal court. Lawyers for the South Carolina Republican filed the motion after Fulton County Judge Robert McBurney signed an order allowing Willis’ office to serve Graham with a subpoena or a material witness warrant for testimony before a special grand jury.

But Willis’ lawyers argued in a motion filed Monday that the District of South Carolina lacks jurisdiction because Graham hasn’t actually been served. They also said if the unserved warrant were removed to federal court, the only issue that could be decided is the issuance of the actual warrant, not “hypothetical privilege issues that may arise during the testimony of Mr. Graham” before a special grand jury in Fulton County.

They offered a preview of their argument if the case reaches that stage, though, saying in a footnote they weren’t referring to Graham as a senator because they disagree with his assertion that he was acting in his official capacity when he called Georgia Secretary of State Brad Raffensperger (R) to discuss Georgia’s vote tallies.

A status conference scheduled for Wednesday before U.S. District Judge David C. Norton in Charleston, South Carolina, has been cancelled.

Graham is among the high-ranking politicians Willis is seeking to have testify about possible post-election interference in Georgia’s 2020 presidential vote. Rep.  Jody Hice, R- Georgia, said Monday he recently received a subpoena.

If Graham ultimately fails to stave off the subpoena, he will be required to travel to a Georgia courtroom to testify for the special grand jury from Aug. 2 to Aug. 30.