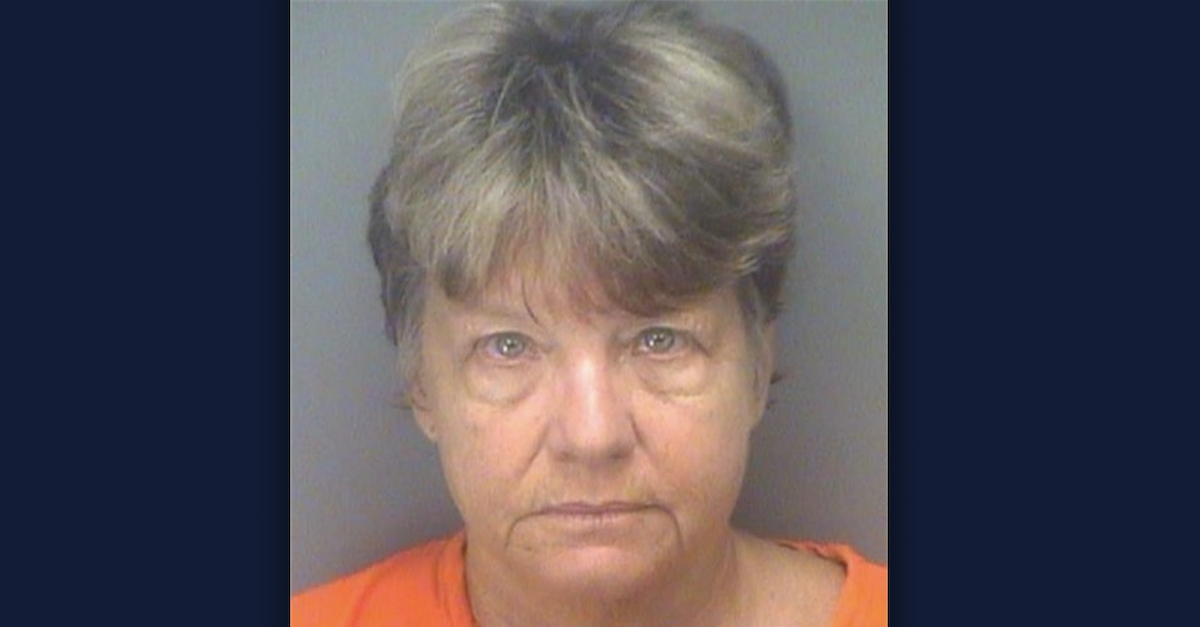 A 62-year-old teacher at a Christian preschool in Florida found herself behind bars this week after she was allegedly caught on camera “forcefully” grabbing a 2-year-old student several times and later knocking the child to the ground, authorities say. Rebecca Lynn Bird was taken into custody and is now facing one count of felony child abuse.

Under Florida state law, child abuse is a third-degree penalty punishable by up to five years in prison, a $5,000 fine, and five years of probation.

According to a press release from the Pinellas County Sheriff’s Office, administrators at the Aldersgate Christian Learning Center located in the Aldersgate United Methodist Church in Largo contacted the mother of the child who was allegedly assaulted and informed her that her daughter had been “the victim of battery.”

“During the investigation, deputies discovered that Bird forcefully grabbed the victim several times and, in another incident, caused the victim to fall to the ground,” the sheriff’s office wrote.

Investigators on the case also discovered that all of the alleged incidents involving Bird and the victim were captured on video by the school’s surveillance camera.

According to the sheriff’s office, Bird had been employed by the school less than one week when the incident occurred. She was hired on July 12, 2022 and fired after school administrators reviewed the security camera surveillance footage on July 18, 2022. Authorities said they do no believe any other students were harmed by Bird during her brief tenure at the school.

Deputies arrested Bird on Monday at approximately 4:16 p.m. She was processed and brought to the Pinellas County Jail. She was released Monday after posting bond of $5,000, jail records show.

The arrest appears to have been the most recent of Bird’s run-ins with law enforcement. In the early 80s, a defendant bearing the same first, middle and last name — and the same date of birth — was convicted on one count of misdemeanor petit theft and one count of non-violent resisting or obstructing a peace officer. In addition to multiple reckless and careless driving citations, a defendant matching the same aforementioned identity markers was also found guilty of driving under the influence in 2001, 2005, and 2017, according to online court records.

According to a sworn affidavit from the Largo Police Department, Bird on Dec. 7, 2017 was observed drinking heavily at a bar and was pulled over by officers. She was described as “slow to react” and showing “numerous signs of impairment including bloodshot/watery eyes, slurred speech, unsteady on her feet, and an odor of alcohol coming from her breath as she spoke.” Officers administered a breathalyzer test which yielded a result of .166, more than double the state legal limit of .08.

The Aldersgate Christian Learning Center did not immediately respond to messages from Law&Crime seeking comment on Bird’s arrest and whether the school was aware of her previous apparent legal infractions at the time she was hired.

No attorney was listed as representing Bird in the child abuse case on the case docket.