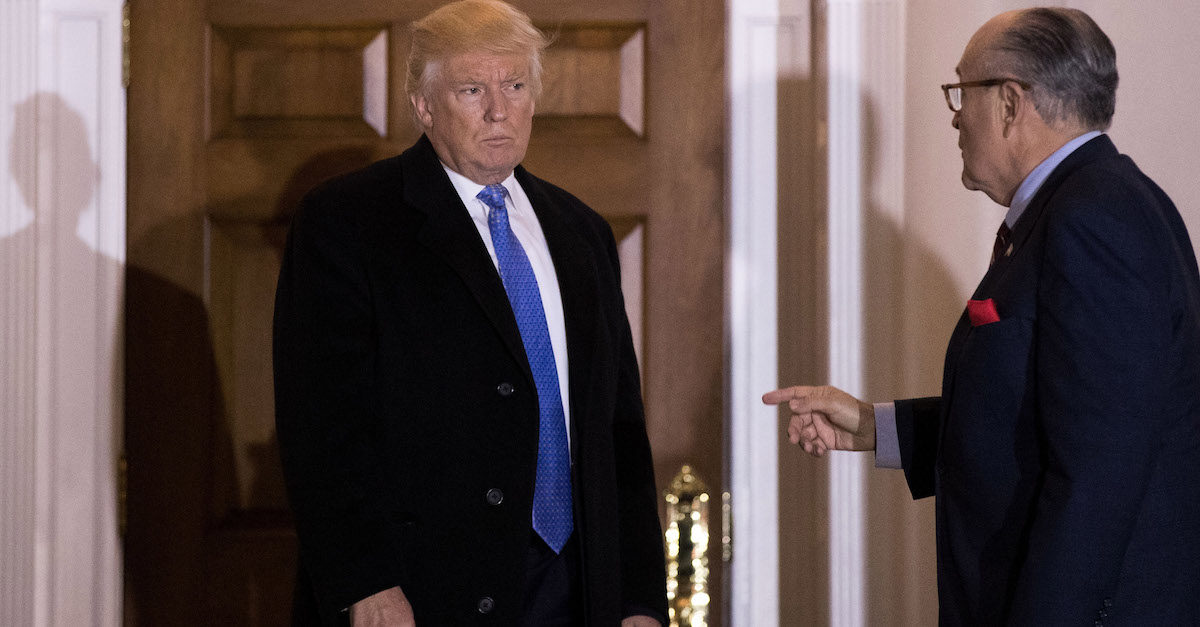 The Trump campaign amended its federal lawsuit in Pennsylvania on Sunday, dropping many of the most severe allegations pertaining to observers claiming they were unconstitutionally prevented form viewing the tabulation process. Instead, the lawsuit relies on a blatant misreading of a recent Pennsylvania Supreme Court ruling to state a claim that would not affect enough votes to swing the election in Donald Trump’s favor.

The campaign deleted approximately 20-pages of allegations from its initial lawsuit, primarily dealing with the claim that Republican party officials acting as election observers were denied “meaningful access to observe and monitor the electoral process.” The baseless allegation was the foundation of the campaign’s request for the court to discard nearly 700,000 ballots.

The remaining claim alleges that it was unconstitutional for counties run by Democratic officials to proactively contact voters whose absentee ballots were defective and required additional information, or “curing,” while no such action was taken by Republican-led counties. However, the crux of this claim relies on a severely misguided interpretation of a Pennsylvania Supreme Court ruling regarding mail-in ballots.

The amended complaint selectively quoted from the decision, speciously asserting that the court held that state law prohibited election officials from contacting voters to cure defective ballots, requiring those ballots to be discarded.

“Importantly, the Pennsylvania Supreme Court recently reaffirmed that ‘ballots that voters have filled out incompletely or incorrectly’ shall be set aside and declared void, and election boards are not permitted to afford these voters a ‘notice and opportunity to cure’ procedure to remedy such defects,” the campaign wrote.

But the issue in that case was whether Pennsylvania’s Secretary of State could require county election board officials to implement a procedure for contacting voters who submitted defective ballots, not whether the practice was permissible at all.

“Upon review, we conclude that the Boards are not required to implement a ‘notice and opportunity to cure’ procedure for mail-in and absentee ballots that voters have filled out incompletely or incorrectly,” the court wrote in the September opinion. “Put simply, as argued by the parties in opposition to the requested relief, Petitioner has cited no constitutional or statutory basis that would countenance imposing the procedure Petitioner seeks to require.”

Even if the Trump campaign were to somehow prevail and be granted the relief sought regarding the tabulation of cured mail-in ballots, that would have an almost insignificant effect on the president overcoming Joe Biden’s nearly 70,000-vote lead in the state.

“Now you’re only talking about a handful of ballots,” Cliff Levine, an attorney representing the Democratic Party in the case, told the Washington Post on Sunday. “They would have absolutely no impact on the total count or on Joe Biden’s win over Donald Trump.”

U.S. District Court Judge Matthew Brann had scheduled oral arguments in the case for Tuesday, but attorneys for the state have already filed court documents saying that such a proceeding isn’t even necessary.

“The Amended Complaint adds no new claims for relief and instead materially narrows the pending allegations to a single claim under the same theory alleged in the orginal complaint,” the filing stated, adding that, “the Secretary does not believe that oral argument is necessary to dispense with Plaintiffs’ allegations and claims.”

Attorneys were quick to pan the campaign’s latest attempt to challenge the election results.

“It’s not just that the remaining claim in the Pennsylvania suit is about an insignificant number of ballots; it’s that the Trump campaign’s real gripe is that many Republican-leaning counties didn’t *choose* to provide the same ballot-curing opportunities as larger, Democratic-leaning counties,” wrote University of Texas law professor Steve Vladeck.

It’s not just that the remaining claim in the Pennsylvania suit is about an insignificant number of ballots; it’s that the Trump campaign’s real gripe is that many R-leaning counties didn’t *choose* to provide the same ballot-curing opportunities as larger, D-leaning counties. https://t.co/RDINtY6c48

Attorney Marc E. Elias, a Biden campaign lawyer who has been involved in many of the recent election-related lawsuits, said the lawsuit suffered from “shrinkage.”

There is no doubt the Trump lawsuit in PA suffered shrinkage today. But, for now, I won't treat it as a loss. So, Trump/allies remain 1-20 in court.

Are you noticing a trend? The rest of us did. You pulled the part of the lawsuit that would encompass the speculative guess of 680,777 ballots. It’s a PR line, not a legal argument. /end