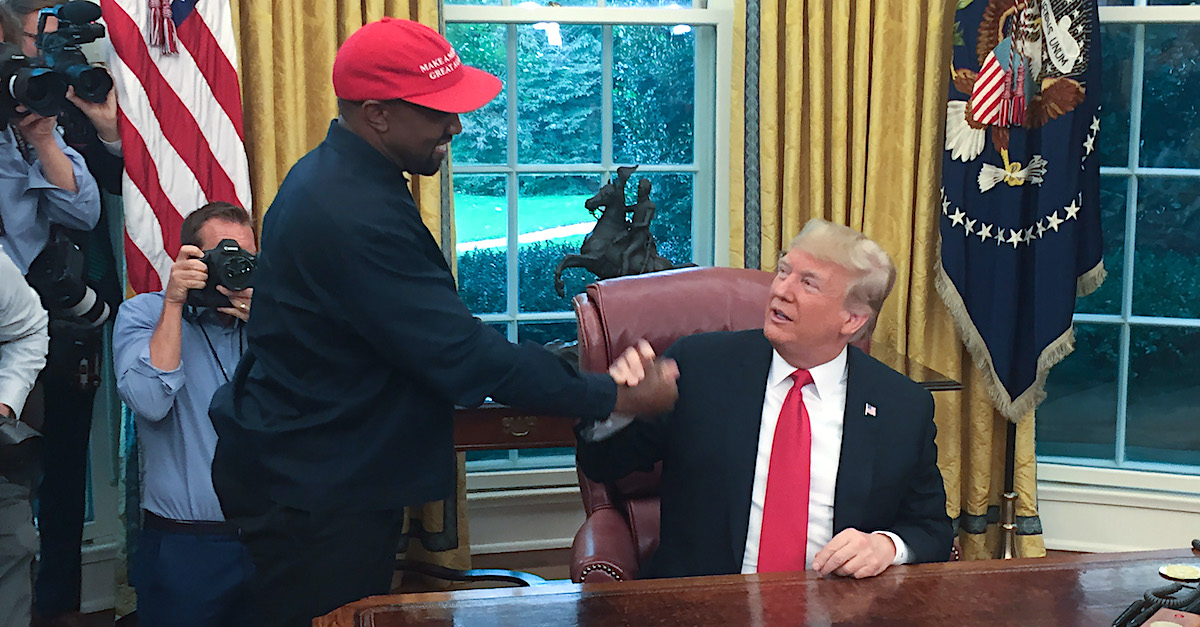 People familiar with the meeting told the Times that West had been camping with his family in Colorado when he flew to Telluride to meet with Kushner and his wife, the president’s daughter Ivanka Trump.

In response to inquiries about the meeting, West on Tuesday evening tweeted that he would do a “live interview” with the Times about it, adding that he and the Kushners spoke about the book “PowerNomics” by Dr. Claud Anderson.

“I’m willing to do a live interview with the New York Time about my meeting with Jared where we discussed Dr Claude Anderson’s book Powernomics,” he said.

According to the report, West refused to elaborate on the Kushner-Trump meeting in a follow-up interview and instead “expressed anger about abortion rates among Black women and said he didn’t reflexively support Democrats.”

West, who recently succeeded in joining Colorado’s presidential ballot as an unaffiliated candidate, has openly indicated that he aims to damage the prospects of presumptive Democratic nominee Joe Biden.

The political neophyte’s nascent campaign was launched thanks to support from Republican Party-insiders who have aided him in filing out the paperwork and collecting signatures to get on the ballot in multiple swing states, purportedly in an effort to draw Black voters away from Biden. However, those measures have already run into considerable problems.

The West campaign this week petitioned the state of Wisconsin, requesting election officials allow him to proceed with the campaign despite having potentially filed his paperwork 14 seconds too late.

As previously reported by Law&Crime, the lateness of Kanye’s filing was raised in a sworn statement filed Friday, by Devin Remiker, who works for the Wisconsin Democratic Party. In addition to the timing problem, Remiker alleged that he had spoken to over 100 people who signed West’s nomination papers believing they were signing something else.

Earlier this month, West similarly withdrew his petition to get on the ballot in New Jersey after election officials questioned the validity of more than 700 signatures submitted by the campaign.

Additionally, a government watchdog group filed a complaint against West campaign attorney Lane Ruhland alleging she had been simultaneously working for the campaigns of both West and Donald Trump, in violation of ethics and conflict of interest obligations. Ruhland – the former general counsel for the state Republican party– made national headlines when a local reporter recorded her hand delivering West’s nominating petitions with state regulators in Madison, Wisconsin.

A state GOP spokesperson later confirmed that Ruhland was retained by the West campaign.