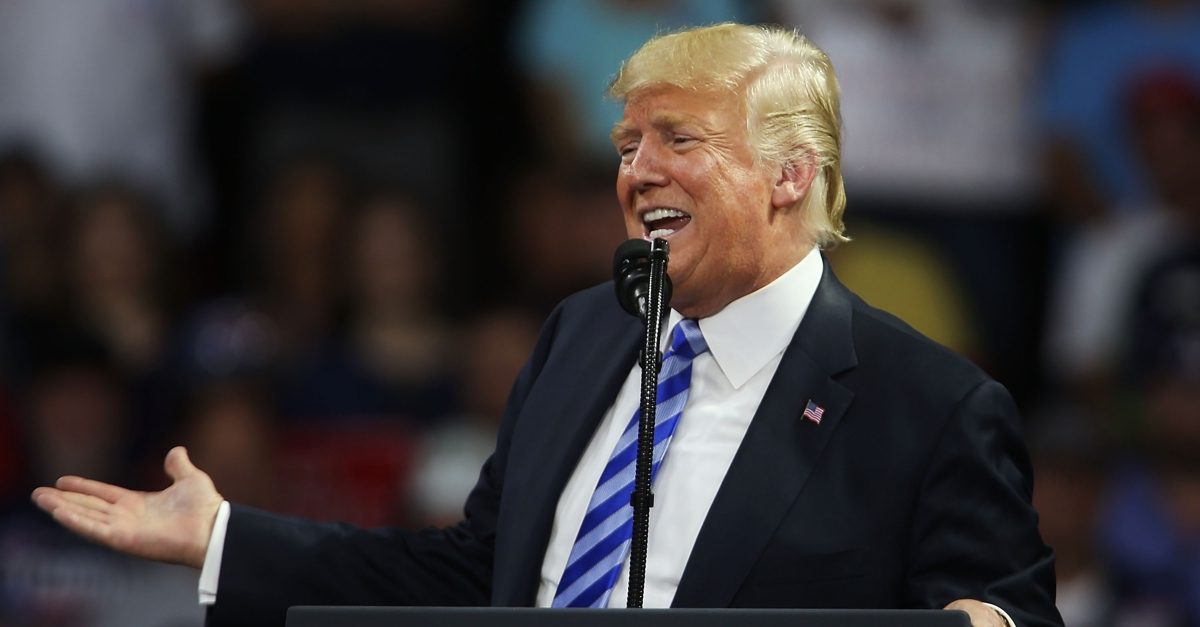 A county judge in Iowa on Thursday invalidated 50,000 requests for absentee ballots, agreeing with the Trump campaign’s legal argument that a local election official was not authorized to send voters absentee ballot request forms that were pre-filled with their personal information.

In a nine-page order, Judge Ian Thornhill issued reasoned that Linn County Auditor Joel Miller violated directive of Iowa’s secretary of state, which only allowed him to send eligible voters blank ballot request forms. Thornhill issued a temporary injunction and ordered Miller to notify voters that they will have to submit requests for new blank ballot applications, as the pre-filled ballots will not be processed.

“Although Iowa Code § 53.2 does not specifically state that the application has to be completed by the voter, the fact that it is titled ‘Application for ballot,’ uses the phrase ‘apply’ for such a ballot, and requires the signature of voter implies that the Iowa Legislature intended for the information to be included on an application for an absentee ballot to be provided by the voter himself or herself,” Thornhill wrote.

Thornhill also pointed to a recently amended provision in the law that requires the elections commissioner to obtain any missing information on ballot applications “with the applicant” by contacting them via telephone or email within 24 hours of receiving forms with insufficient information.

“It is implausible to conclude that near total completion of an absentee ballot application by the auditor is authorized under Iowa law where the legislature has specifically forbidden government officials from partially completing the same document,” Thornhill wrote. “This interpretation is bolstered by the fact that emergency legislative authorization, through the Iowa Legislative Council, was required before the Secretary of State could prepopulate ‘blank’ ABRs with ‘the Election Date and Type.’”

According to a report from Iowa Public Radio, Miller said he sent pre-filled forms to more than 140,000 voters, and about 45,000 had already been returned to his office.

“County auditors have been instructed multiple times by my office to only provide voters with blank Official State of Iowa Absentee Ballot Request Forms,” Secretary of State Paul Pate said in a statement. “The bipartisan Legislative Council unanimously gave them the same instructions. Auditor Miller chose to ignore those warnings.”

Chairman of the Iowa Republican Party Jeff Kaufmann on Thursday called the ruling a “big victory” for Linn County.

“A judge found that the rogue auditor broke the law, jeopardizing our fair elections. He will be forced to fix this mess,” he tweeted.

A judge found that the rogue auditor broke the law, jeapordizing our fair elections. He will be forced to fix this mess. https://t.co/SbEkIPJGab https://t.co/7J8XknnlVL

Go to https://t.co/Z0Xo1FqPnk and request your absentee ballot today. pic.twitter.com/DUdX598tY0