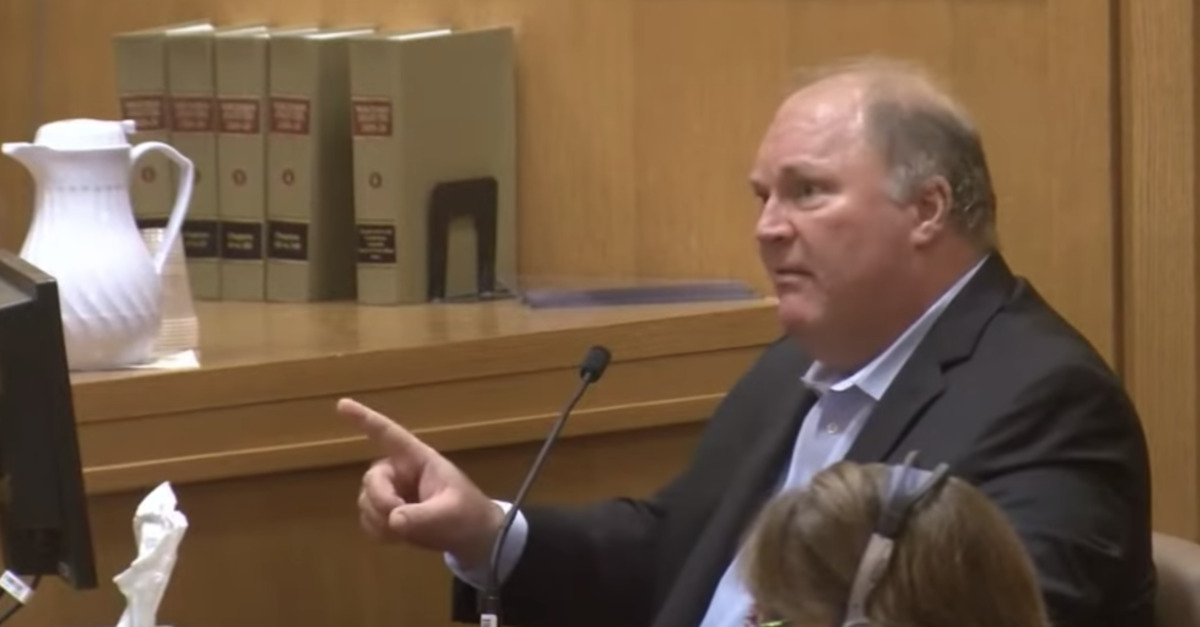 A former Wisconsin justice tapped by the legislature to lead a partisan review of the 2020 presidential election “routinely” deletes records of his so-called “audit,” a watchdog group claims in a lawsuit.

In July 2021, Wisconsin Assembly Speaker Robin Vos (R) appointed former Wisconsin Supreme Court Justice Michael Gableman to act as a special counsel to the legislature in reviewing the election results in the Badger State, where President Joe Biden won by more than 20,000 votes.

Every state and federal lawsuit to overturn the results — in Wisconsin and other battlegrounds — failed.

Even after the final tally was affirmed via both an audit and recount, the state’s GOP has forged ahead with a partisan review for the better part of a year. The original deal called for Gableman to make $11,000 per month on the taxpayer’s dime, but he is currently making half of that amount: $5,500 per month, according to the lawsuit. His compensated work in that capacity has alarmed some constituents.

In August 2021, Gableman attended the election conspiracy symposium of Donald Trump ally and MyPillow salesman Mike Lindell, in what the ex-judge called “an honest effort to find out if anyone has any information that will be helpful in carrying out my duties as special counsel.” Gableman also traveled to Arizona to see that state’s discredited “audit,” which ratified Biden’s victory and expanded his lead.

The watchdog group American Oversight has filed multiple lawsuits seeking to force Wisconsin to comply with open records requests about the review, recently obtaining an order slapping Gableman’s office with a contempt finding of $2,000 per day. That order skewered Gableman for his “misogynistic” and “disruptive” comments toward a fellow lawyer.

American Oversight’s latest lawsuit, filed on Tuesday, keeps up the heat on Gableman, whom they claim has admitted to destroying documents that Wisconsin law mandates that he preserve.

“The [Office of Special Counsel] has deleted public records that don’t suit the faux election-fraud narrative, unabashedly flouting Wisconsin law,” American Oversight’s senior advisor Melanie Sloan wrote in a statement. “Citizens should have the opportunity to evaluate the OSC’s report for themselves based on the entire record, not just on the documents Gableman wants people to see.”

The watchdog group quoted Gableman at a recent hearing openly acknowledging getting rid of documents from his early work with the review.

“Did I delete documents? Yes, I did,” Gableman asked and answered, according to American Oversight.

According to the lawsuit, this was not a one-line concession.

“As recently as June 23, 2022, Gableman testified in a court hearing that if a document is not ‘going to be useful to [his] report’—that is, if it is not a document on which he plans to follow up, and it was not covered by an existing open records request—he would ‘probably delete it,'” the lawsuit states. “For example, Gableman testified that he probably took notes at a seminar he attended, at which he expected to find evidence of Chinese interference with election machines. But because Gableman ‘was very disappointed by the lack of substance to back up those claims,’ he ‘didn’t find anything that [he] could use during that seminar.’ Gableman explained that when he ‘came to the determination there was nothing there,’ he ‘would not have kept’ the notes indicating that finding.”

Gableman also acknowledged deleting emails from his encrypted ProtonMail account, as well as his Yahoo account, the group says.

“Many, if not all, of the records the OSC has admitted it routinely deletes would constitute ‘public records’ under Wis. Stat. § 16.61(2)(b),” the lawsuit states.

American Oversight is suing the Office of Special Counsel in Dane County Circuit Court, alleging two counts of improper deletion of public records and improper denial or withholding of records. They want an order declaring the Office of Special Counsel has been violating state law, an injunction barring it from deleting more records, and an award of punitive damages.

Gableman’s office did not immediately respond to Law&Crime’s request for comment.