Former Executive: Mike Bloomberg Regularly Demeaned Women in the Workplace in the 2010s 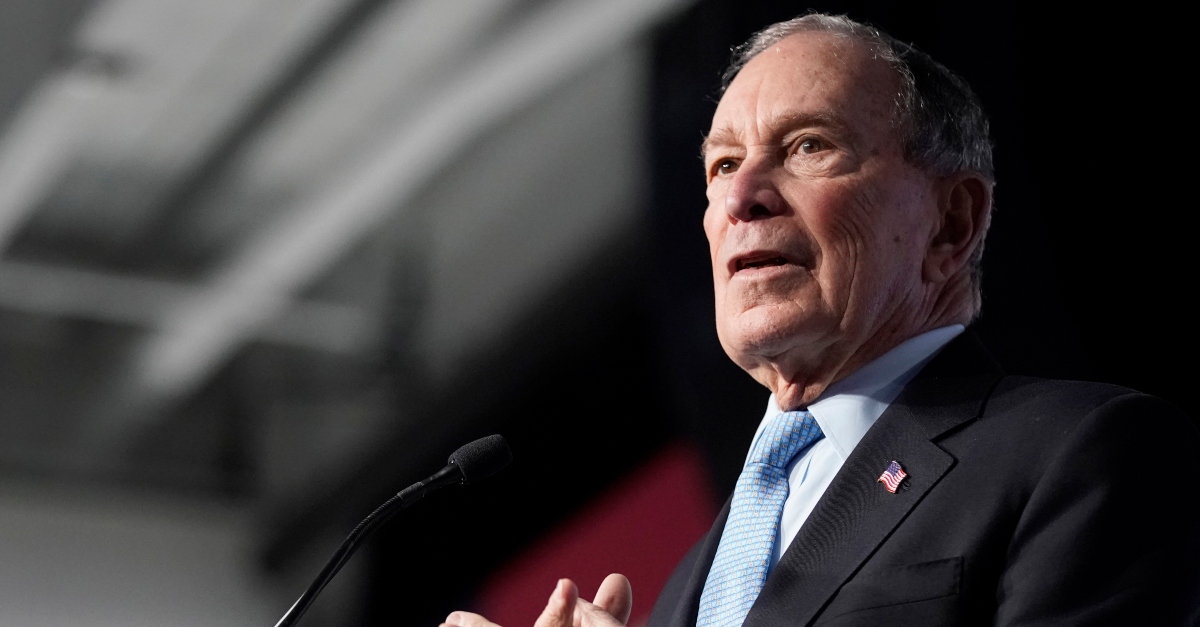 Pushing back on claims that any inappropriate workplace conduct by Michael Bloomberg happened three decades ago, a former female executive at Bloomberg LP said Monday that the Democratic presidential candidate regularly made misogynistic and inappropriate comments in the workplace after returning to the company in 2014.

The former executive spoke Monday with Business Insider on the condition of anonymity due to a confidentiality agreement she signed with the company. She said Bloomberg’s behavior was well-known at the time.

“It’s the way he talked, and everyone knows that,” she said. “As a woman, I didn’t push back, and I didn’t say ‘Don’t do that.’ Many of us just tolerated it. And I’m really ashamed about that.”

Another former Bloomberg employee told the online publication that one of the women featured in Bloomberg’s “Championing Women in the Workplace” commercials–which ran ahead of the South Carolina primary–featured a female employee that Bloomberg had allegedly demeaned and refused to promote due to her weight. The employee, a 25-year veteran of the company named Maggie Berry, can be seen in the commercial saying, “Mike supports women, he promotes women, he respects women.”

The former employee said that when Berry was up for a promotion in the 1990s, Bloomberg rejected the notion because he didn’t want her interacting with clients, allegedly saying, “I will not have that fat woman representing my company.” The employee said the role was later filled by a male candidate.

The same former employee also claimed that Bloomberg and other male executives used crude codewords that were demeaning to women.

Bloomberg and other top male colleagues, she said, would call out “SFU” as a code when certain women walked by — to make clear they thought the woman was “short, fat, and ugly,” the former employee said. Bloomberg developed nicknames for women he found unattractive, the former employee said, calling one woman “dogface” behind her back and another woman “Stopatruckski” — which rhymed with her last name — in reference to her weight. Once, while describing a female higher-up at the company, Bloomberg remarked, “Don’t let the lesbian get you down!”

When reached for comment by Business Insider, Berry defended her former boss.

“I’ve been with Bloomberg for 25 years, almost exclusively in client-facing roles,” she said. “From my earliest days at the company, it was Mike himself who encouraged me to take a role in sales where you’re constantly interacting with clients. Having Mike’s backing and support has allowed me, and many other women at Bloomberg, to progress into management positions overseeing a significant part of our business.”

The company said, in part, that it is “consistently ranked at the top of surveys about inclusive workplace.”

Law&Crime previously reported on allegations of Bloomberg’s inappropriate workplace conduct, including allegations he once told a pregnant employee to “kill it.” Bloomberg denied that he said that.