Federal Appeals Court Rules Andrew Yang, Bernie Sanders Get to Be on the N.Y. Democratic Primary Ballot After All 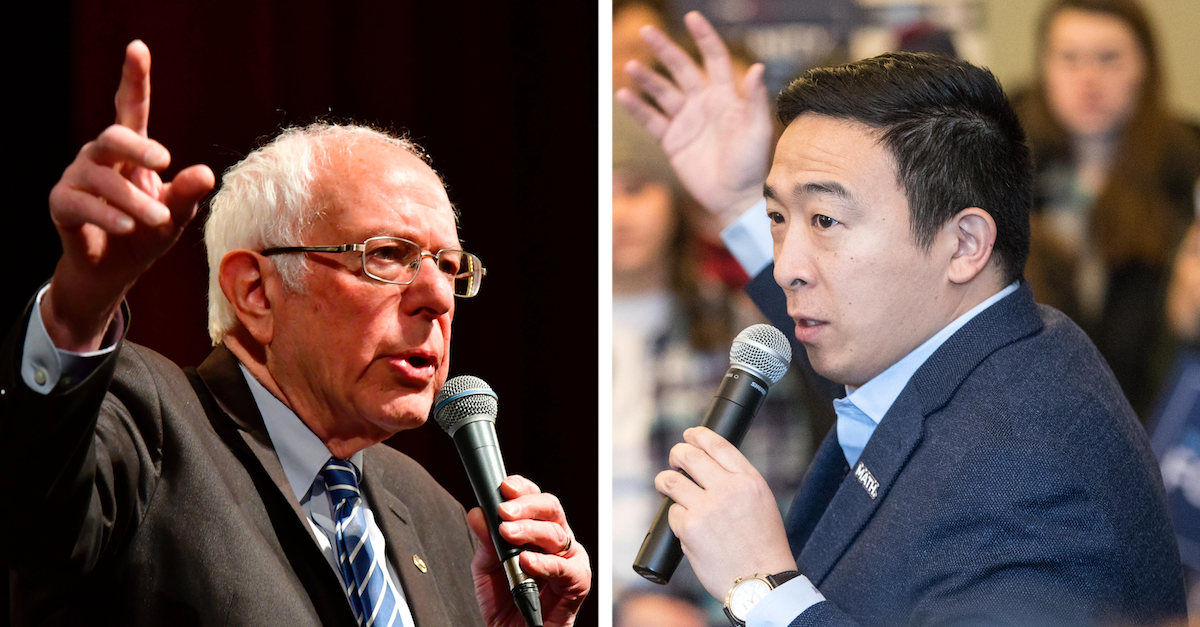 The United States Court of Appeals for the Second Circuit ruled against New York State on Tuesday, handing a win to Andrew Yang and Bernie Sanders. The court’s ruling means that the New York Democratic primary election scheduled for June 23 must go on, and that Yang and Sanders will be on the ballot after all.

Thrilled that democracy has prevailed for the voters of New York! https://t.co/J2p3gMx3nf

Former presidential candidate Andrew Yang, along with seven New Yorkers who had planned to serve as Yang delegates, sued the New York State Board of Elections in early May. Their lawsuit claimed that voters’ due process rights were violated when the Board removed every candidate except presumptive Democratic nominee Joe Biden from the ballot. Both Sen. Sanders and Andrew Yang had “suspended” their campaigns – no longer seeking the Democratic nomination – but wished to remain on the ballot for the remaining primaries.

The reasoning behind the desire to remain on the ballot goes beyond mere principle. Yang and Sanders both wished to amass more delegates for the purpose of creating a degree of leverage over Biden. That leverage could be used affect policy discussions, and could ensure better voter turnout generally.

New York state argued that the coronavirus pandemic would make holding the June Democratic primary unnecessarily dangerous. Assistant Attorney General Matthew Conrad said that holding the primary would require New York to deploy thousands of election workers during a public health crisis. Defendants criticized the plaintiffs for “demanding that the lives of New Yorkers be put at risk for the stake of an uncontested election.” New York argued that because Yang was no longer seeking the nomination, the plaintiffs would suffer no harm in the event that the primary remained canceled.

But U.S. District Judge Analisa Torres disagreed, ruling in May that those seeking to be included on the ballot would indeed suffer “irreparable injury.”

Tuesday’s Second Circuit order affirmed Judge Torres’ ruling and indicated that a full opinion in which the court explains its reasoning will follow. New York State could potentially appeal the Second Circuit’s ruling to the United States Supreme Court. It’s not immediately clear if there are any plans to bring such an appeal.

[Image of Yang via Scott Eisen/Getty Images; image of Sanders via TIM VIZER/AFP via Getty Images.]