‘Desperate’ and ‘Symptomatic of the Trump Mentality’: Lawyers Rip President’s Efforts to Have Omarosa Pay for Pro-Trump Ads 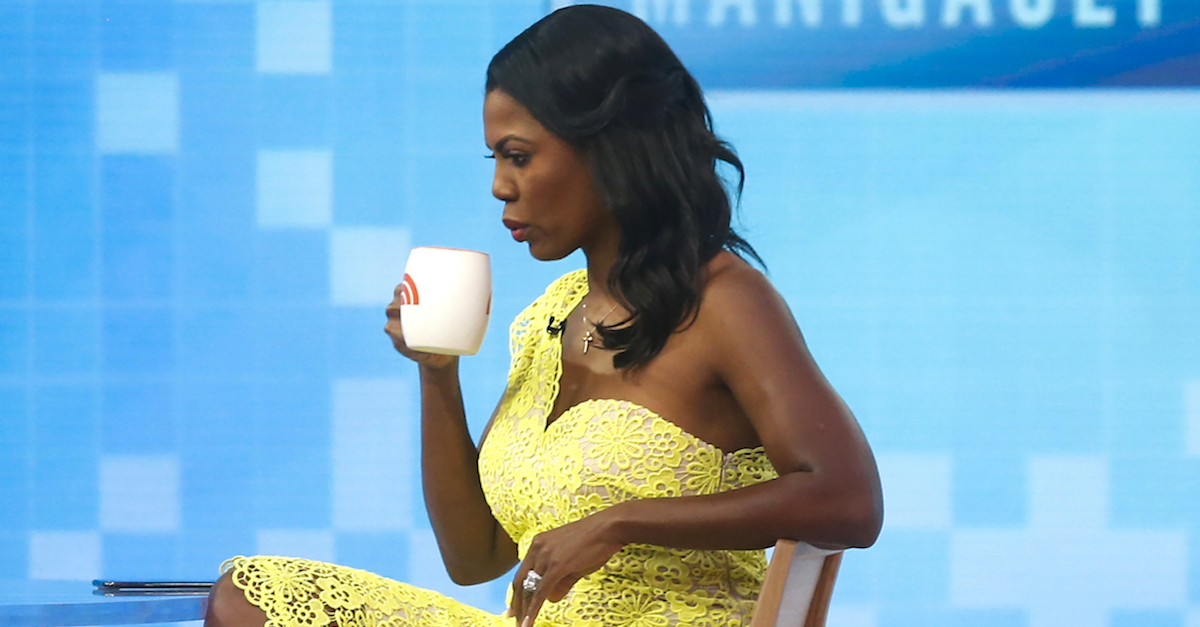 Omarosa Manigault Newman is currently in a pitched arbitration battle with President Donald Trump‘s 2020 reelection campaign over the former’s alleged violation of a non-disclosure agreement (NDA) covering her brief and controversial tenure in the White House.

But the 45th president’s campaign organization has offered the former Apprentice star an odd and election-oriented out: pay for a nearly million dollar ad campaign telling voters she was wrong to criticize her former boss–or, rather, to say that Trump is great, again.

According to an arbitration document originally reported on by the New York Times, Eric. W. Rose, a crisis management expert witness called upon for the proceedings suggested Manigault Newman should mount a “corrective” campaign across multiple media platforms and backtrack on critical comments she made about Trump in her 2018 tell-all memoir Unhinged.

“Friday, we found out their bullets are commercials they want Omarosa to go do,” Manigault Newman’s attorney, John Phillips, told the outlet–insisting the proposed correction was absured. “This isn’t free speech. It’s speech with a gun to your head.”

The legal concept of free speech is not implicated in the battle between the two, however, because the issues are being sorted out by private arbitrators–a kind of legalistic system that, like the law, typically prioritizes the interests of the more powerful parties.

While arbitration’s standard form of disposition is, in general, great news for Trump’s powerful and well-financed campaign outfit, the proposed solution here almost certainly doesn’t stand much chance of being acted upon or endorsed by the arbitrators themselves.

Phillips went on to dismiss the Trump campaign’s suggestions as an egregious example of “weaponized litigation.”

“The president is so desperate at this point he is demanding former aides personally finance propaganda ads as punishment for speaking truth to power,” national security and federal employment attorney Bradley P. Moss told Law&Crime.

“[The arbitration suggestion] certainly seems to be symptomatic of the Trump mentality in that what he most desires is a public apology/retraction that emphasizes not only his moral authority but also his greatness,” he told Law&Crime.

“The problem is he pursues these paths without apparent consideration to the rules and norms that circulate around him,” Zaid continued. “In this case, from what I have read, attorneys with election law expertise have commented on how the very proposal itself would violate the law. But I question whether he would even care.”

The president, for his part, has approached the Omarosa dispute from an unrelenting position of strength.

Earlier this year, the Unhinged author complained of being buried in official paper by Trump’s litigious lawyers.

“The Campaign recently added nearly four hundred additional counts to the arbitration action and is keeping tabs on everything she says and does,” a motion noted. “We are at a complete loss.”