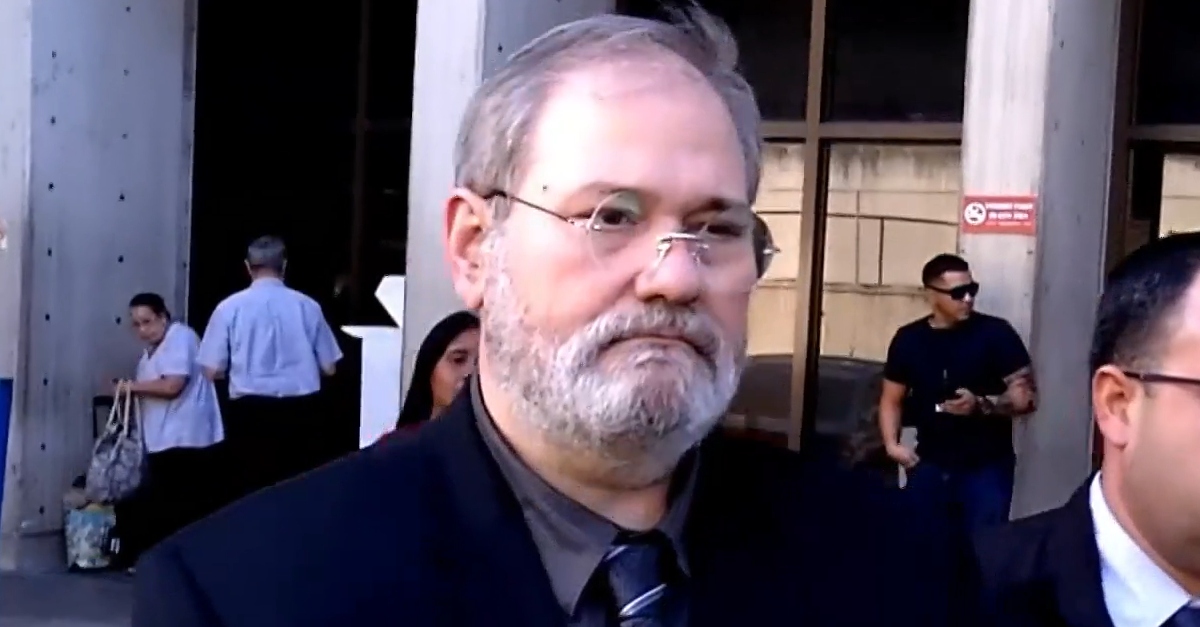 A 51-year-old grandfather has pleaded guilty to negligent homicide in the case of his 18-month-old granddaughter Chloe Wiegand, who tragically fell 150 feet to her death in July 2019 from an open cruise ship window in Puerto Rico. Salvatore “Sam” Anello officially entered the plea on Thursday, several months after he said that he would do so to “try to help end part of this nightmare for my family, if possible.”

JUST IN: Salvatore “Sam” Anello, a grandfather accused in the deadly fall of his young granddaughter Chloe Wiegand from an 11th-story window of a cruise ship docked in Puerto Rico last year, has pleaded guilty to negligent homicide. https://t.co/Yx5LjDJMxM pic.twitter.com/4zg9JdjUsa

The Indiana man was holding Chloe in a children’s play area on the Royal Caribbean Cruises’ Freedom of the Seas ship when he stood her up on a railing against a window that, he said, he believed was shut. The child, pictured above, fell 11 stories to her death. Anello entered the plea with the understanding that he would receive a sentence that would enable him to avoid jail time and allow him to serve probation in Indiana. Chloe’s parents blamed the cruise line for her death and filed a lawsuit.

“We obviously blame them for not having a safer situation on the 11th floor of that cruise ship,” Chloe’s mother Kimberly Wiegand told TODAY in July 2019. “There are a million things that could’ve been done to make that safer. I know my mom was asking people, ‘Why on earth is there a window open on the 11th floor without a screen or anything?'”

She said that the cruise line told explained the open window by saying they needed to ventilate the space.

After Chloe’s death, Royal Caribbean said it was “deeply saddened by this incident, and our hearts go out to the family.” According to NBC Miami, Royal Caribbean claimed surveillance video showed Anello “leaning out the window for about eight seconds before lifting the girl by and out of the open window for 34 seconds before he lost his grip.” The Wiegand family disputed this, saying there’s no way Anello would have been able to lean out of the window as the cruise line claimed.

The lawsuit is ongoing.

Anello, who has said publicly that he’s colorblind, denied drinking and denied dangling the child out of the window.

“I didn’t realize there wasn’t any glass until absolutely it was too late. I saw her fall. I saw her fall the whole way down. It was disbelief,” he said in a tearful Nov. 2019 interview with CBS This Morning. “It seems like it’s so … not… real.”

Sentencing is set for Dec. 10.