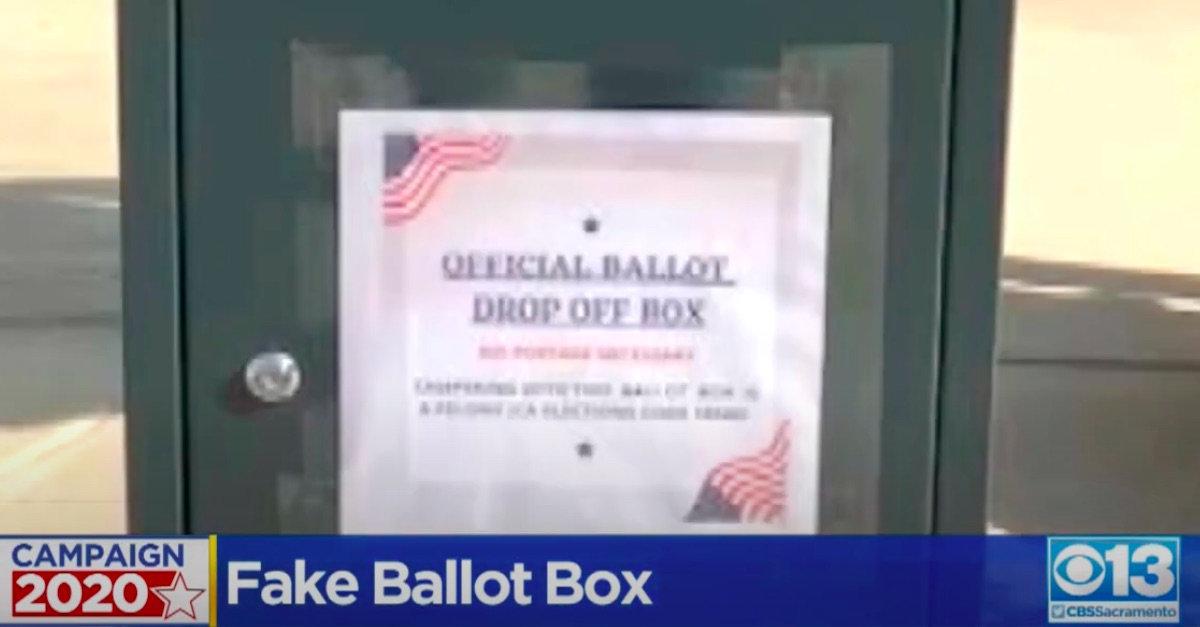 Republicans in California are under fire for urging voters to hand-deliver their mail-in ballots at sites, many of which are privately owned gun stores and firing ranges, where they’ve established unauthorized and possibly illegal ballot collection centers, the Orange County Register reported on Sunday.

The unauthorized boxes were thrust into the spotlight when a regional field director for the California Republican Party on Friday posted a photo of himself in front of a large metallic box with a sign reading “official ballot drop off box.” In the since-deleted tweet from Jordan Tygh, the GOP operative urged other California residents to seek out similar locations.

“Doing my part and voting early. This is by far the most important congressional election I’ve ever voted in,” he wrote. “DM me for convenient locations to drop your ballot off at!” 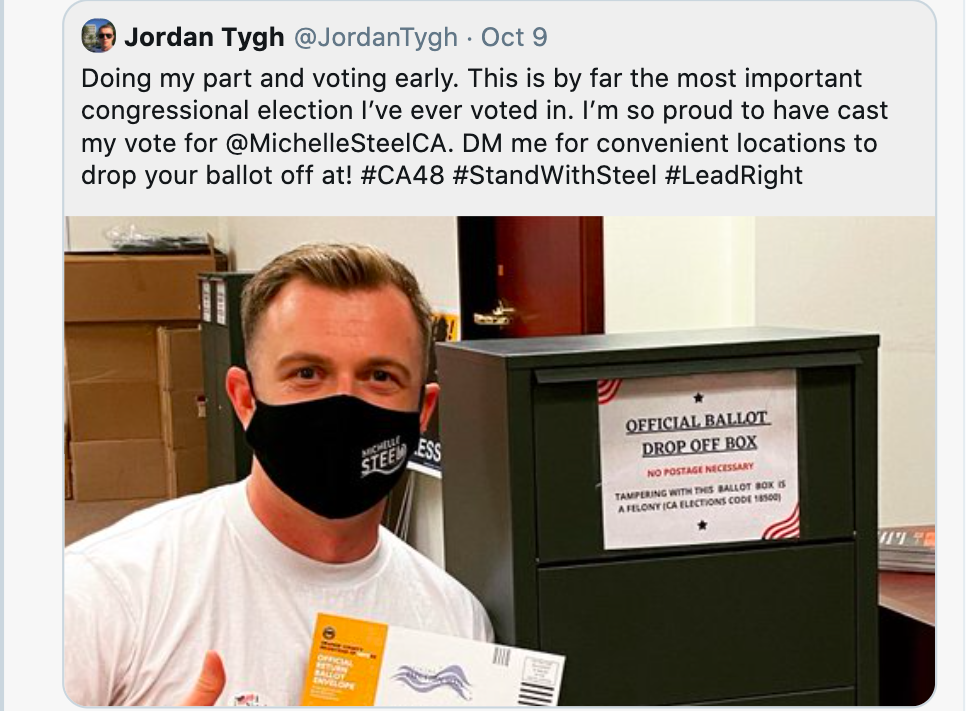 “CONSERVATIVE VOTER ALERT!” the Fresno GOP website said on the since-taken-down “Ballot Collection Box Locations” section of its website.“President [Donald] Trump is very concerned about the lack of security with mail in ballots. Don’t take a chance that your vote will not be counted. Once your ballot arrives in the mail, mark your ballot completely and then walk it in, as soon as possible, to one of the secure locations listed below. Make sure your vote counts!”

Here's one that shows the URL & Menu >> pic.twitter.com/wUzGW0IBam 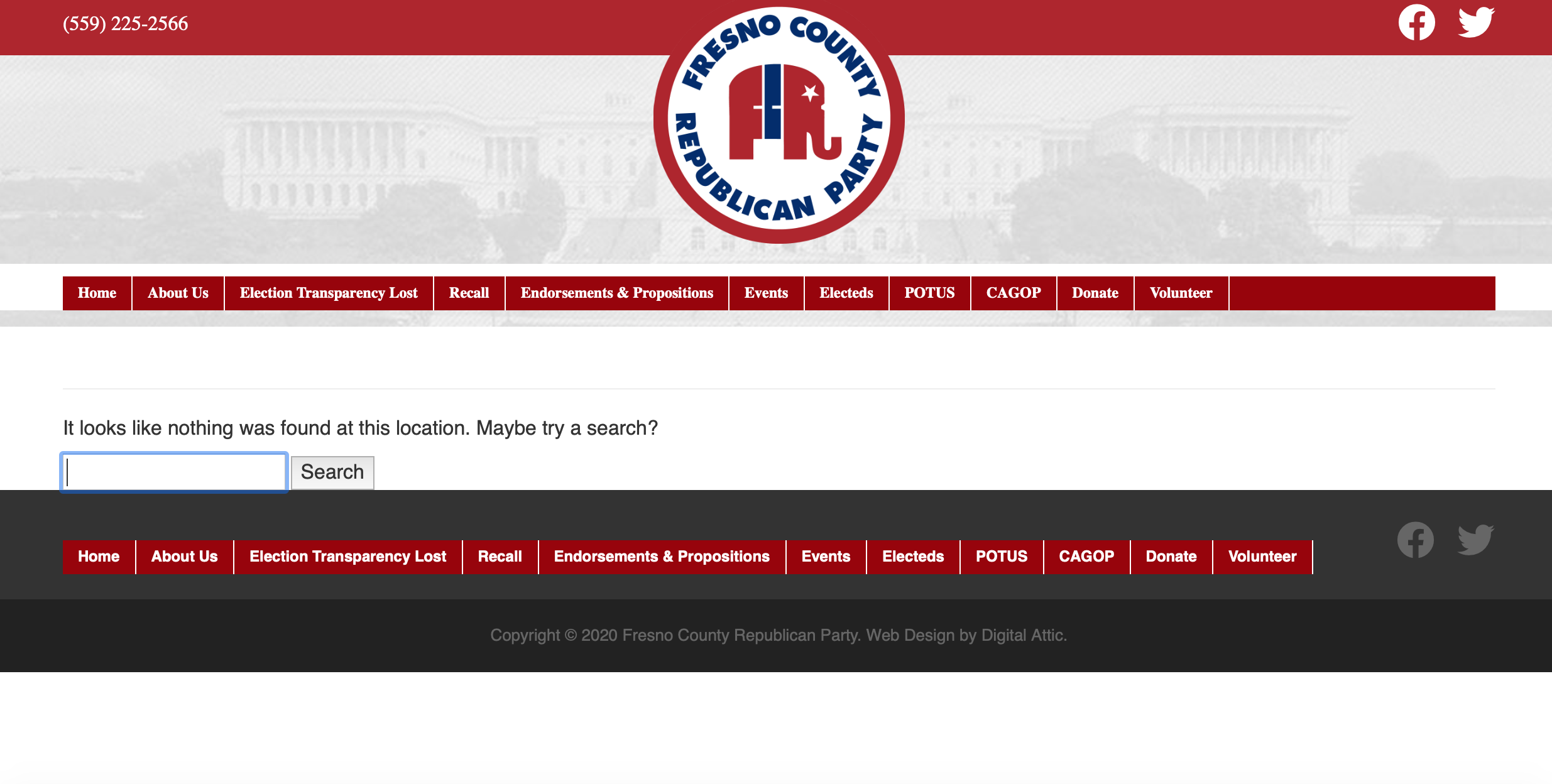 The site listed 12 different locations, seven of which were gun stores or firing ranges.

Orange County Registrar of Voters Neal Kelley told the OC Register that the boxes are almost certainly a violation of the state’s election laws.

“What we did was started to look into it, notified the state, and the secretary of state issued guidance this afternoon that it is illegal and you can’t do that,” Kelley said. “It would be like me installing a mailbox out on the corner—the Post Office is the one that installs mailboxes.”

The California GOP claimed they established the locations in accordance with a 2016 law allowing voters to give their ballot to a designated individual for delivery to an official collection site – a process known as “ballot harvesting.”

“If a congregation/business or other group provides the option to its parishioners/associates/ or colleagues to drop off their ballot in a safe location, with people they trust, rather than handing it over to a stranger who knocks on their door – what is wrong with that?” the state GOP tweeted in response to complaints on social media.

If a congregation/business or other group provides the option to its parishioners/associates/ or colleagues to drop off their ballot in a safe location, with people they trust, rather than handing it over to a stranger who knocks on their door – what is wrong with that?

The memo explained that under the law, voters can designate another person to deliver their ballot, but that person must also sign the ballot envelope provide their relationship to the voter. This was not happening at the unauthorized collection sites, many of which were completely unsupervised.

“When a voter drops off a ballot in an unauthorized, non-official vote-by-mail drop box, no designated ‘person’ would be signing, as required by state law,” the memo stated. “A person designated by the voter to return their vote-by-mail ballot envelope to the county elections official within the required time period by law, must provide their name, signature and relationship to the voter.”

Padilla further explained the situation in a statement on Monday.

A spokeswoman for Orange County District Attorney Todd Spitzer told the OC Register that prosecutors in his office were investigating the matter.