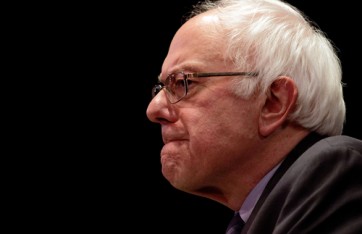 The Maricopa County Board of Supervisors certified the county’s Democratic Party primary results on Wednesday, despite calls from Bernie Sanders’ campaign to delay the certification until “there’s a complete audit” of more than 20,000 provisional ballots that were tossed out by the county recorder’s office.  After the meeting, a Sanders campaign attorney compared what happened in Arizona to Florida in 2000 and told reporters the campaign is considering whether to a file a lawsuit challenging the election results.

“I was in Florida in 2000, beginning the morning after the election, and this election is pretty close to as bad as that one in terms of how it was conducted and the mess in the aftermath,” said Sanders’ campaign attorney Chris Sautter.

As the results currently stand, Hillary Clinton defeated Sanders by a margin of 57 percent to 41 percent in the March 22 primary contest.  The Arizona Democratic primary awards delegates on a proportional basis, so Clinton would be awarded 44 delegates to Sanders’ 30.  According to Sautter, the campaign does not expect to overtake Clinton’s overall lead in Arizona, rather the purpose of any challenge would be to boost Sanders’ delegate count in the state.

“What’s at stake, yes, are delegates,” Sautter said.  “Obviously the outcome of the election isn’t going to be changes, but the delegate counts could be changed.”

The central issue for the Sanders’ campaign is that the county recorder’s office tossed out 20,008 provisional ballots out of more than 24,000 cast after ruling the ballots were invalid because they were cast by voters registered as “independent.”  Arizona is a “closed primary” state and only allows registered Democrats to vote in the Democratic primary.  However, many voters claim the county had their registration wrong.  In fact, Arizona Secretary of State Michele Reagan testified at a hearing on Monday that the party registration for one of her staffers was listed incorrectly.

“We believe there’s a possibility the delegate count could change if some of these provisional ballots are counted,” Sautter added.

The Arizona primary was marred by long lines and confusion.  Maricopa County (the most populous county in the state) officials cut the number of polling locations from 200 in 2012 to 60 in 2016.  Officials cited past voter turnout models and budget cuts for the decision.

The final decision on whether the Sanders’ campaign will challenge the results will not come until after the secretary of state officially certifies the election on April 4.