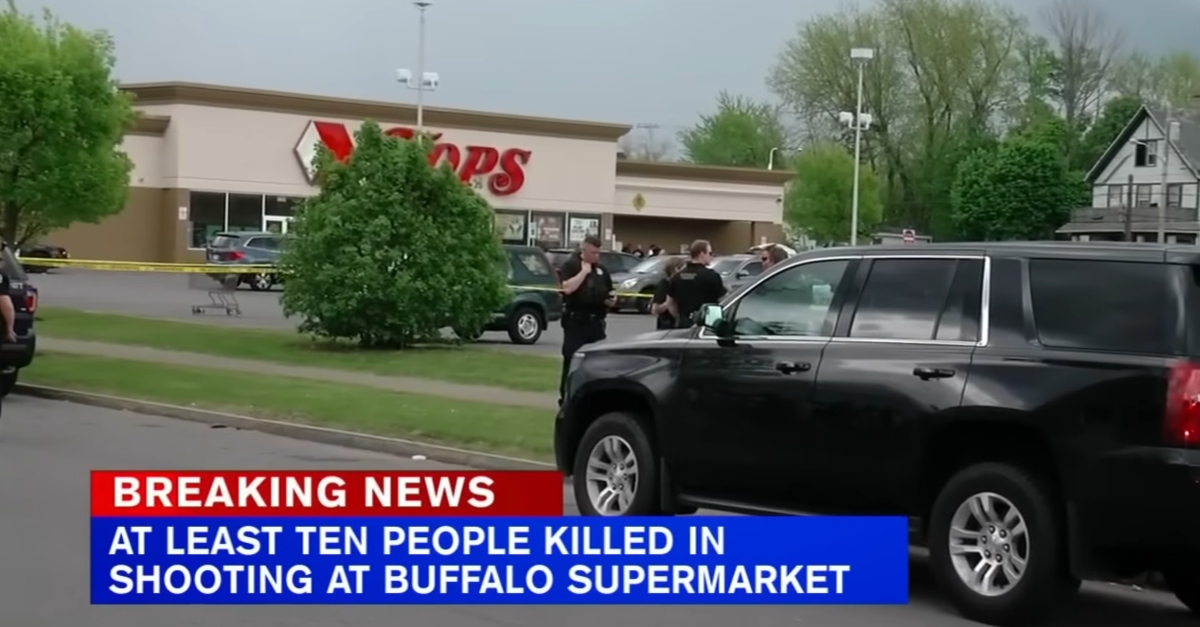 The Tops Friendly Market where police say Payton Gendron killed 10 people and injured three. Officers identified 11 of the victims as Black, and two as white.

Buffalo mass shooting suspect Payton S. Gendron, 18, was investigated in 2021 for making a threat to attack his high school, according to a law enforcement official cited by The Democrat and Chronicle.

He was referred to a mental health evaluation. State authorities reportedly reviewed the situation at the time.

Now Gendron is accused of driving from his town of Conklin, New York, all the way to the city of Buffalo to kill people at a Tops Friendly Market. Motivated by racism, he targeted the area specifically for its demographics, authorities said.

He killed 10 people, and injured three using a AR-15 semiautomatic rife, officials said. Authorities have said 11 of the victims were Black, and two were white.

Gendron allegedly left behind a lengthy manifesto advocating the paranoid but increasingly popular idea that people of color, including immigrants, are displacing the white population.

Authorities said that Gendron livestreamed the attack. Law&Crime has reviewed footage and screenshots purportedly of the incident, and which appear to take place at the same Buffalo location for the Tops Friendly Market.

A state police spokesman did not name the person investigated, but told the outlet that this individual was taken to a hospital for a mental health evaluation and not charged.

The suspect was evaluated and released, said Buffalo Police Commissioner Joseph Gramaglia. There were no more complaints.

Gendron pleaded not guilty to charges of first-degree murder in an arraignment on Saturday. Erie County District Attorney John Flynn told CNN on Sunday that more charges are possible, including attempted murder and assault.