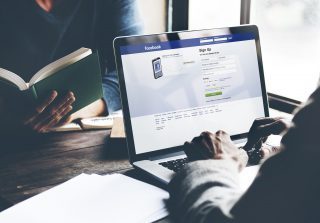 If there were ever a case that screamed “2017,” Packingham v. North Carolina is it. It’s got sex, social media, the 8-member Supreme Court, traffic tickets, and another lousy North Carolina statute.

The case involves Lester Packingham, a thirty-six year old man, who posted celebrated the dismissal of a traffic ticket by posting the following on Facebook:

“Man God is Good! How about I got so much favor

they dismiss the ticket before court even started.

No fine, No court costs, no nothing

spent….Praise be to GOD, WOW! Thanks

Given the many nefarious uses for social media, Packingham’s post hardly seems problematic; but in North Carolina, it was a felony. If you’re wondering how the hell such a law could make any sense – even in North Carolina—you’re certainly not alone. Here’s how it worked. North Carolina, N.C. Gen. Stat. § 14-202.5, makes it a felony for anyone listed on the registry of former sex offenders to access any website that allows minors to have accounts. In 2002, Packingham was convicted of a single count of “taking indecent liberties with a minor.” He was sentenced to 10-12 months in jail, followed by 24 months’ supervised release. During those two years, he was subject to “standard conditions,” such as registering as a sex offender, submitting to warrantless searches, refraining from illegal substance use, and avoiding contact with the victim. Although Packingham’s post was anything but lewd and had no contact with any minor, it violated the statute and he was prosecuted, convicted, and sentenced to suspended jail time.

Packingham appealed his conviction, and won in the North Carolina Court of Appeals, which unanimously overturned his conviction, holding Section 202.5 unconstitutional. The North Carolina Supreme Court disagreed, and did a 180. More fighting between Packingham and North Carolina, until the case landed up at the United States Supreme Court.  Now, SCOTUS has the task of deciding whether North Carolina’s law is a necessary child-protective measure, or an illegal attempt to deprive individuals of guaranteed liberties. If we’ve learned anything from “To Catch A Predator,” it’s that the internet can be a dangerous playground for pedophiles. Direct-messaging sites like Facebook, Twitter, and Instagram are especially ripe for luring, and there’s no question that those who have committed sex offenses in the past pose a heightened risk. But whether the issue is misuse of social media or any other crime, the logic for lawmaking must be the same: criminal laws must be drafted and enforced such that they prevent and punish crimes. When the penal code is used to criminalize completely harmless conduct, something has gone wrong. Sex crimes are serious business, but I think we can all agree that posting a thank-you prayer after the dismissal of a traffic ticket isn’t the kind of menacing behavior keeping anyone up at night.

When someone is convicted of any serious crime, sex offense or otherwise, there are consequences, and often they include the relinquishing of rights. Felons can and do lose important rights, such as voting and privacy. But should they also lose the right to free speech?

Social media is ubiquitous in 2017 society, and there can be no question that a prohibition from participating in a national online dialogue is one that is shockingly broad in scope. And let’s not forget – North Carolina’s law doesn’t just prohibit the use of Facebook and Twitter—it also prohibits sites like www.NYTimes.com,  www.FoodNetwork.com, and even our own www.LawNewz.com, because they allow users to create accounts. During oral arguments yesterday North Carolina’s lawyer, Robert Montgomery, tried his best to sell an argument that social media isn’t all that important. He sarcastically quipped, “I know there are people who think life was not possible without Twitter and Facebook,” and suggested that sex offenders simply get their information from podcasts, blogs, and newspapers. Justice Elena Kagan wasn’t convinced. She remarked that social media sites like Facebook and Twitter are “incredibly important parts” of the country’s political and religious culture, and discussed the extent to which people rely on these sites for information and even to “structure their civil community [lives].”

Deputy Attorneys General in North Carolina may not be Tweeting regularly, but I think it’s safe to say that if our president uses social media as his main form of communication with the public, it’s pretty mainstream. We use social media to keep informed of news, to communicate with our children’s schools, to navigate our neighborhoods, to support local businesses, to connect with friends, and to maintain closeness with family. That’s how it’s done in 2017, and suggesting that select groups of individuals just find another channel to accomplish these things is silly. A restriction on internet use is about as clear a curtailing of First Amendment rights as could ever exist.

The only real question is whether the statute’s intended goal – to protect minors from sex offenders – somehow warrants such a sweeping restriction of speech. Clearly, that’s a harder question. The goal is undeniably important. But so is the goal of safeguarding constitutional liberties. To pass Constitutional muster, a state may only deny a fundamental right (such as the right to free speech) when the law in question is necessary to achieve a compelling state interest. The interest of protecting our children is a compelling one to be sure – but a law that prevents a person from commenting on recipes on www.FoodNetwork.com isn’t quite what “necessary” means in Constitutional circles. Stay tuned for Kagan, Sotomayor, Ginsburg, Breyer, and Kennedy to deliver an opinion that says, “Nice try, North Carolina, but no matter how despicable ants may be, we don’t kill them with sledgehammers.”