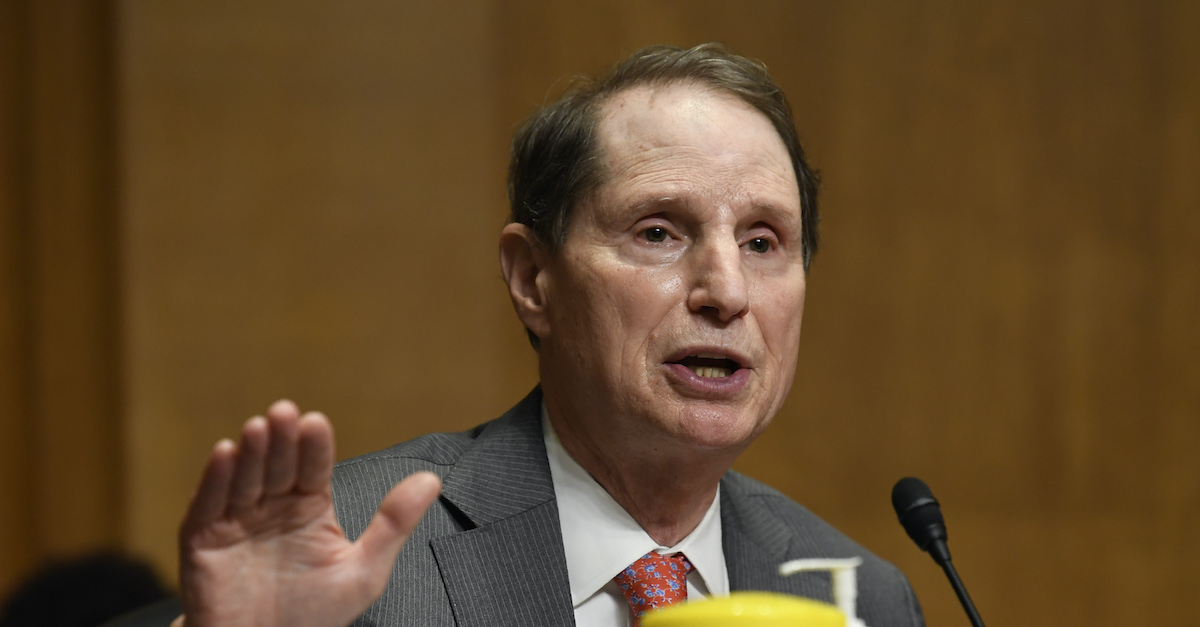 Senator Ron Wyden, the soon-to-be chair of the Finance Committee, urged the Internal Revenue Service on Friday to investigate whether non-profit organizations abused the U.S. tax code to solicit charitable contributions while attempting a violent overthrow of the world’s oldest continuous democracy.

“Last week a violent insurrection at the U.S. Capitol sought to block certification of President-elect Biden’s Electoral College victory, in one of the darkest episodes in American democracy since the Civil War,” Wyden wrote in a 3-page letter to Commissioner Charles P. Rettig, whom the Oregon Democrat grilled at a hearing before the Senate Finance Committee last year on June 30.

“While many questions remain about the day’s attack, it has become clear that this was an orchestrated, organized event,” Wyden added.

The inquiry follows and cites reporting from the Washington Post that an arm of the Republican Attorneys General Association (RAGA) sent out robocalls urging supporters to go to the Capitol and “fight” Congress over President Donald Trump’s election-fraud conspiracy theories.

First reported by the watchdog group Documented, the Rule of Law Defense Fund — the dark-money arm of RAGA — sent out the robocalls stating: “At 1:00 p.m., we will march to the Capitol building and call on congress to stop the steal. We are hoping patriots like you will join us to continue to fight to protect the integrity of our elections.”

Directly after citing this report, Wyden wrote: “It is possible that tax-exempt organizations, including those recognized by IRS as charities and social welfare organizations, may have been involved in inciting or facilitating these illegal acts.”

As a 501(c)4 entity, the Rule of Law Defense Fund cannot engage in “[i]llegal activities, which violate the minimum standards of acceptable conduct necessary to the preservation of an orderly society, are contrary to the common good and the general welfare of the people in a community.”

Wyden noted that the IRS has held that “an antiwar protest organization that urged demonstrators to engage in civil unrest by committing violations of local ordinances and breaches of public order did not qualify as a tax-exempt entity.”

The senator called for statutes and regulations like this to be enforced.

“Organizations that fail to provide for the public good, or worse—incite insurrection and violence at the core of our democracy—must not be allowed to remain in operation,” he wrote.

Wyden’s new charities probe is not the only one that will trail the Trump family well into his post-presidency. The Oregon Democrat is also investigating whether Trump’s son-in-law Jared Kushner used his White House pull to nab a billion-dollar bailout from Qatar. He’s furthermore looking into the outgoing president’s reported interference in the money-laundering investigation into Turkey’s state-run Halkbank at the behest of that country’s autocrat Recep Tayyip Erdogan.

When those probes were launched, Wyden had been the Senate Finance Committee’s ranking member, but the elections of Jon Ossoff and Rev. Raphael Warnock will soon make him that committee’s chair following their swearing into office.

The IRS did not immediately respond to a voicemail requesting comment.