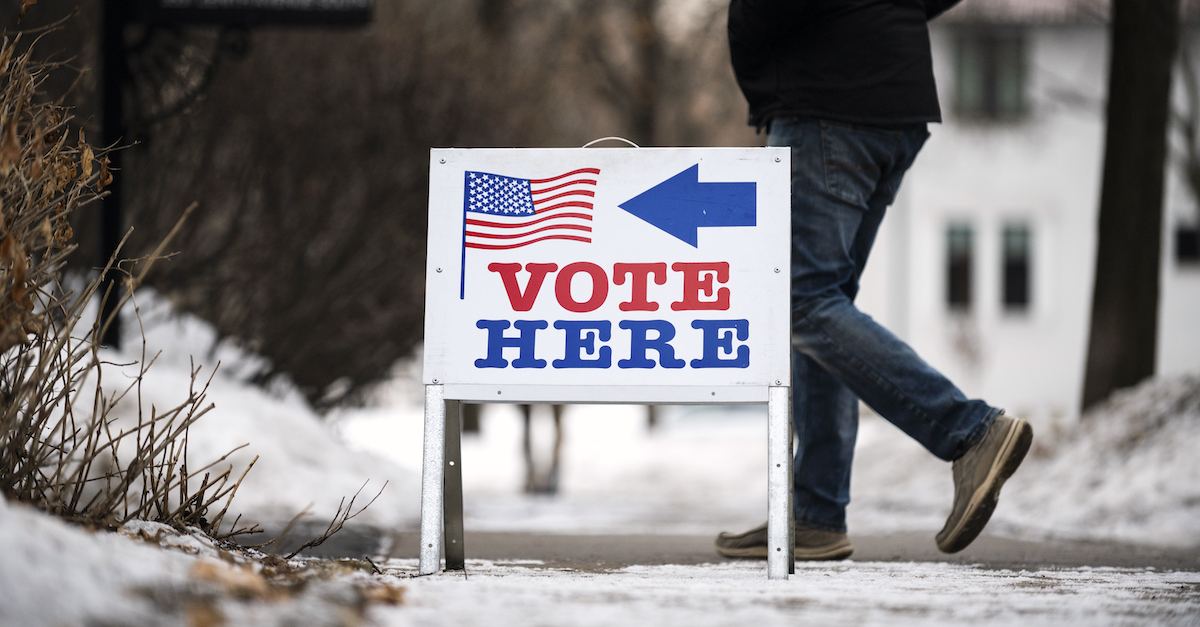 A right-wing political blog that consistently pushed erroneous conspiracy theories which claimed that Dominion Voting Systems helped Democrats rig the 2020 election issued an apology to the voting system company on Friday. The apology conceded that the stories the blog published had no basis in reality.

American Thinker, an online magazine founded in 2003, posted a statement to its website declaring that four of its contributors—Andrea Widburg, R.D. Wedge, Brian Tomlinson, and Peggy Ryan—authored pieces that “falsely accuse [Dominion] of conspiring to steal the November 2020 election from Donald Trump.”

“These pieces rely on discredited sources who have peddled debunked theories about Dominion’s supposed ties to Venezuela, fraud on Dominion’s machines that resulted in massive vote switching or weighted votes, and other claims falsely stating that there is credible evidence that Dominion acted fraudulently,” read the statement from American Thinker’s Editor and Publisher Thomas Lifson. “These statements are completely false and have no basis in fact. Industry experts and public officials alike have confirmed that Dominion conducted itself appropriately and that there is simply no evidence to support these claims.”

The Thinker‘s abrupt and groveling about-face fell exactly one week after Dominion sued right-wing lawyer Sidney Powell for $1.3 billion in what the company characterized as only the “first step” toward accountability.

There was good reason for the Thinker to fear another shoe dropping on them. Dominion had sent the blog a cease and desist letter, one of dozens sent to far-right media purveyors in a clampdown on false allegations against the voting hardware and software company.

In cataloguing possible defamatory statements, Dominion pointed to a Dec. 17 piece by George Witkowski titled, “The ‘Tell’ Missed Round the World,” which declared that there was “concrete evidence of fraud on the Dominion machines in Antrim County.” The article was updated to include Lifson’s apology at the top of the page.

But a Nov. 25 piece titled “Dominion in Georgia: What Happened?” by Anne-Christine Hoff remains unchanged, despite the fact that it falsely claims Georgia was “delivered” to Biden “thanks to Dominion’s presence in every single county.”

A Nov. 15 article aptly called “The Dominion Software Story Keeps Getting Worse” by Andrea Widburg also continues to assert that Dominion originated in Venezuela. (The company was founded in Toronto and remains headquartered there.) The piece also refers to “Kraken” attorney Sidney Powell as a “super lawyer” and “one of the smartest people in America” — though those statements of opinion are hardly actionable in a defamation lawsuit.

Lifson closed the piece with an apology to readers for promulgating falsehoods, calling the site’s editorial decisions and now-admitted shortcomings a “grave error.”

“It was wrong for us to publish these false statements. We apologize to Dominion for all of the harm this caused them and their employees,” Lifson wrote. “We also apologize to our readers for abandoning 9 journalistic principles and misrepresenting Dominion’s track record and its limited role in tabulating votes for the November 2020 election. We regret this grave error.”

In a statement to Law&Crime, Dominion made clear that the company is not through going after the organizations and individuals that besmirched its reputation.

“Platforms like American Thinker have helped amplify malicious lies about Dominion. These lies have diminished the credibility of U.S. elections, subjected officials and Dominion employees to harassment and death threats, and severely damaged the reputation of our company. We are continuing to take steps to restore both our good name and the public’s faith in elections by holding those responsible to account,” a spokesperson wrote via email.

“Our immediate legal focus is on Sidney Powell. Moving forward, we will take a close look at others who have participated directly in the defamatory campaign–as well as those who have recklessly provided a platform for these discredited allegations.”