Al Watkins, a lawyer for accused Capitol rioter Jacob Chansley, is offering his client as a witness in the upcoming Senate impeachment trial of former President Donald Trump. Chansley is better known in popular culture as the “QAnon Shaman” or, as Watkins called him, the “guy with the horns and the fur” who was photographed raiding the U.S. Capitol Complex on Jan. 6.

The Associated Press reported on Thursday that Watkins “said it’s important for senators to hear the voice of someone who was incited by Trump.”

Chansley (a.k.a. Jake Angeli), 33, was “horrendously smitten” by Trump, Watkins told the AP.

Now, however, the AP said Chansley feels “let down” because Trump refused to pardon his behavior.

“He felt like he was betrayed by the president,” Watkins said. 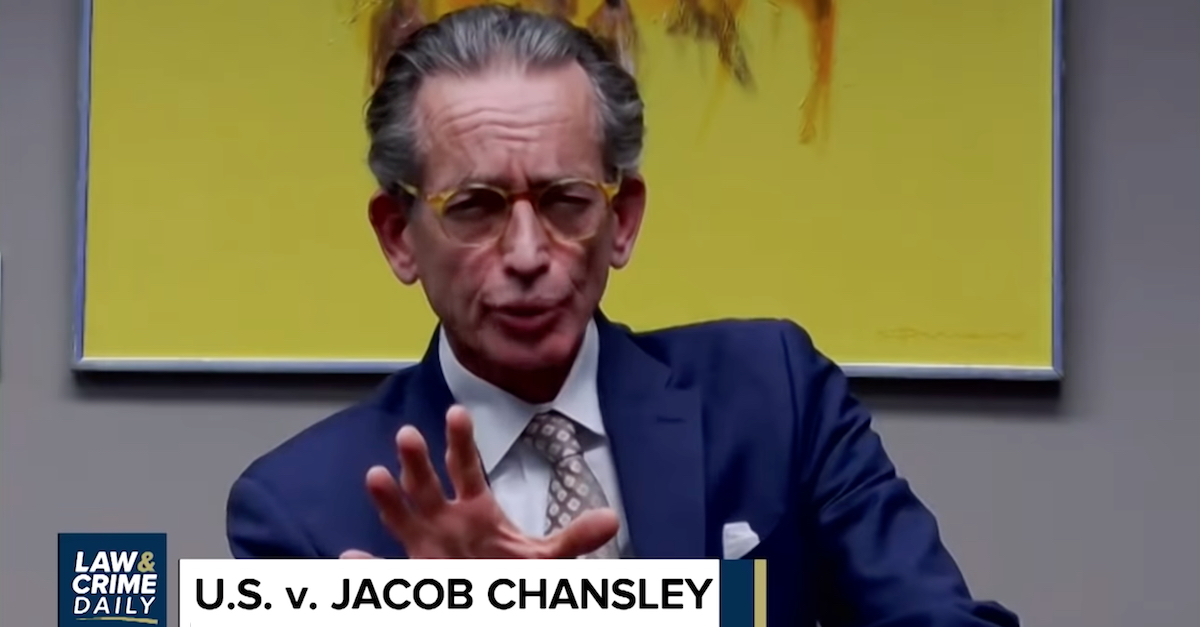 Al Watkins on the Law&Crime Network.

Watkins’ tactic is not unlike that of a criminal defense attorney who seeks leniency for a client after the client testifies truthfully and favorably against other alleged conspirators in a criminal case. It is unclear whether prosecutors would look favorably on such a move in Chansley’s federal criminal case.

When asked whether he was offering Chansley’s testimony against Trump in the Senate with hopes of leniency, Watkins told Law&Crime via email that the answer “is a loud ‘no.'”

No senators have taken Watkins up on the offer to have Chansley testify, the AP said.

Watkins’ comments mirror statements he recently made on the Law&Crime Network.

In that appearance, Watkins said Trump’s “hyperbole” and “innuendo” resulted in the attack on the Capitol which left five dead, including a Capitol Police officer. Two other officers who were at the Capitol that day have since died by suicide.

Watkins said Chansley believed he had a “long-standing relationship” with Trump.

He said Chansley felt “duped” when Trump left office without issuing a pardon.

Chansley stands indicted by a federal grand jury of six counts, namely: civil disorder; obstruction of an official proceeding; entering and remaining in a restricted building; disorderly and disruptive conduct in a restricted building; violent entry and disorderly conduct in a capitol building; and parading, demonstrating, or picketing in a capitol building. The FBI caught him after he was photographed in the Capitol and identified by the press.

Editor’s note:  this piece has been updated to include Watkins’ response to Law&Crime’s question about the strategic implications of offering Chansley’s testimony to the Senate.