Illinois Man Arrested After Being Identified by His Mother and a Middle School Classmate as Smiling Jan. 6 Suspect Pictured in ‘Keep America Great’ Hat 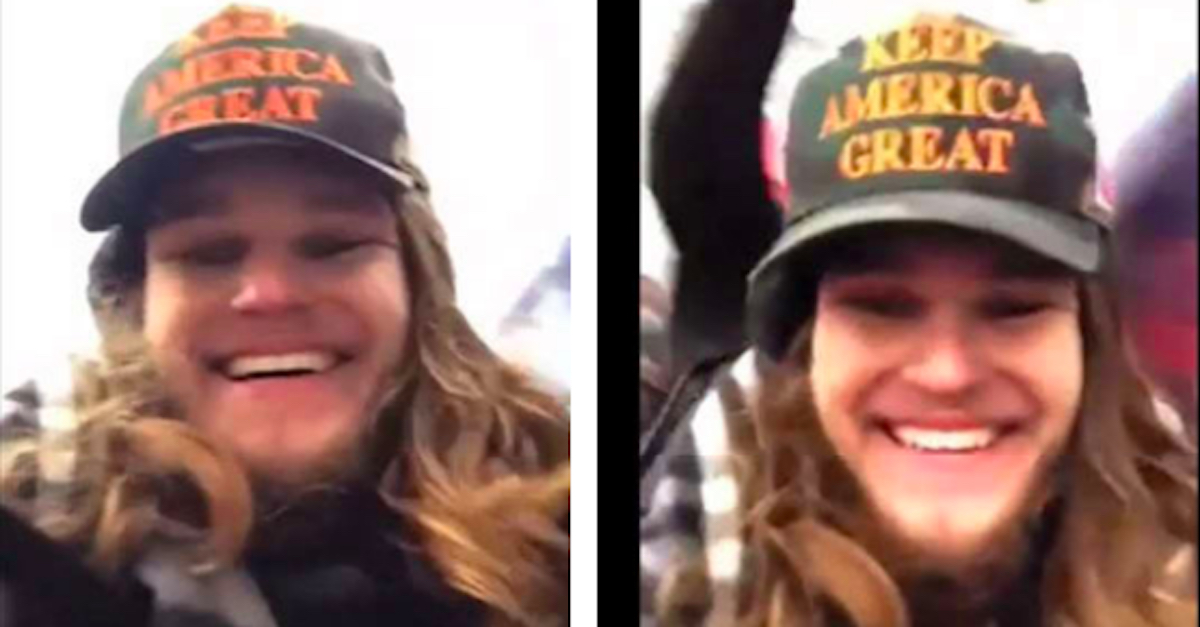 An Illinois man was arrested on Tuesday for allegedly participating in the Jan. 6 siege on the U.S. Capitol after a middle school classmate and his own mother allegedly identified him as the creator of incriminating videos posted online.

According to the charging documents unsealed in the U.S. District Court for the District of Columbia, Christian Kulas, 24, became the latest of many accused Capitol rioters to be ensnared by authorities due to his own social media posts from Jan. 6, when he allegedly shared several videos depicting him inside the Capitol building.

The FBI on Jan. 9 “received multiple tips” from cooperating witnesses who sent the bureau clips from an Instagram account allegedly belonging to Kulas. Those videos allegedly showed Kulas at the “Stop the Steal” rally where former President Donald Trump spoke, walking to the U.S. Capitol building with “a large crowd of people” who were chanting “block the steal,” and a mob of people walking up the Capitol steps just before heading inside.

“The video clip of people walking up the steps outside the U.S. Capitol Building includes a moment where the camera pans around and shows the face of the individual that appears to be operating the camera,” the FBI affidavit stated. “The individual depicted in the video is laughing. The individual is wearing a dark baseball type hat with ‘KEEP AMERICA GREAT’ in bright orange letters on the hat. The individual was also wearing a dark coat with a Burberry print around the hood of the coat.”

A fifth video posted to the same Instagram account was allegedly filmed from inside the Capitol building. During that video a male voice can allegedly be heard saying, “Storming the Capitol,” per the FBI affidavit.

Multiple people contacted the FBI and identified the individual depicted in the videos as Kulas, including one confidential witness who had “known Kulas for several years” because the witness had “attended middle school and high school with Kulas. That witness told the FBI they were “highly confident” that the Instagram account belonged to Kulas, that it was Kulas depicted as the person who filmed the videos, and that it was Kulas’s voice that said the words “storming the Capitol” in the final Instagram video.

“The Instagram Account was registered using an e-mail address, and the FBI has learned that the registration e-mail address was itself registered by an individual who provided his name as ‘Christian Kulas,’” the charging documents stated.

The account profile page also included a photo that appeared to be of Kulas: 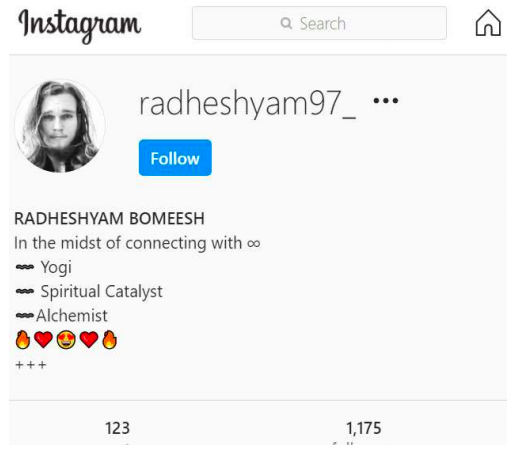 According to the charging documents, the FBI also learned that screenshots appearing to depict Kulas at the Capitol were posted to social media, where a user later identified as Kulas’s mother confirmed that the images were of her son. 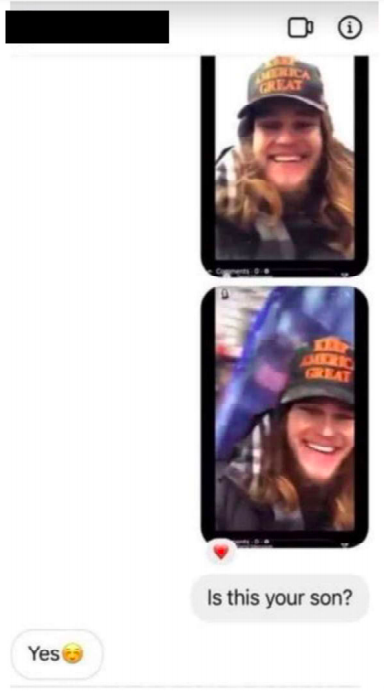 Kulas is facing two federal charges: one count of unlawful entry on a restricted building and one count of disorderly conduct on U.S. Capitol grounds.