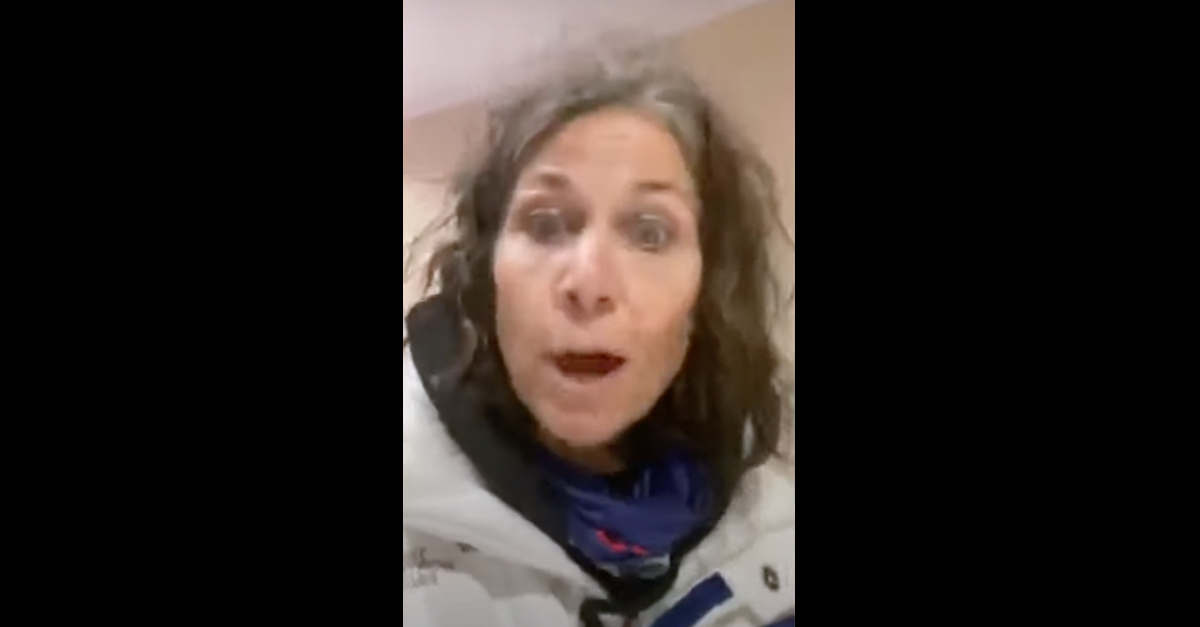 An Idaho woman accused of storming the U.S. Capitol on Jan. 6th will likely be freed from jail by the end of the day Friday, Magistrate Judge Ronald E. Bush said during an afternoon initial appearance. The judge’s comment came after federal prosecutors declined to argue that incarceration was necessary as Yvonne St Cyr‘s case grinds its way through the courts.

St Cyr, 53, is accused of two misdemeanors related to the deadly siege. She recorded herself spouting off about the election while in and around the U.S. Capitol and posted the videos online.

When asked if she’d been given a copy of the criminal complaint filed against her, St Cyr demurred.

“Well, no, actually, I don’t know that I have a copy” of the charging document, St Cyr said.

Her defense attorney said he had reviewed the form with her prior to the hearing.

The judge read the charges.

“Yes, your honor,” St Cyr said when asked if she understood the charges.

Judge Bush appointed a public defender to represent St Cyr after a discussion about documents related to the defendant’s finances.

William Miles Pope, St Cyr’s defense attorney, said St Cyr provided her “best attempts to describe her financial situation” despite not having “all her financial paperwork” in front of her in jail.

St Cyr said she was requesting a court-appointed attorney “for right now.”

“I don’t have anything to look at here,” she added. “It’s a rough estimate of what’s going on in our life right now.”

Judge Bush then advised St Cyr of her various legal rights: she’s presumed innocent; she has a right to a trial by jury; the government must prove its case against her beyond a reasonable doubt; she has a right to cross-examine witnesses whom she may order to come to court by subpoena.

“Yes, your honor,” St Cyr said when asked if she understood those rights.

Judge Bush also explained that St Cyr’s case could remain in Idaho, rather than being transferred to Washington, D.C., if she agreed to plea either guilty or no contest to the charges she faces—and if prosecutors in both Idaho and in Washington, D.C. agreed to leave the case in the District of Idaho.

St Cyr waived her right to an identity hearing, where prosecutors would have to prove she is the person named in the complaint, and further waived her rights to a production of a warrant and for a preliminary hearing.

The judge then asked if a detention hearing would be necessary. Such hearings determine whether defendants will remain incarcerated pending trial.

“We have no concerns” with those “conditions,” defense attorney Pope said.

The judge agreed with the prosecution’s request, but said that St Cyr could travel outside the U.S.—but only after obtaining permission from the court itself.

Judge Bush suggested St Cyr would likely be released from jail by the end of the day today.

“It takes a little bit of time to get the order prepared and signed,” the judge said.

When that is done, she’ll be free to go home but must attend future court proceedings. If she doesn’t, the judge explained, she’ll face additional legal trouble.

As Law&Crime previously explained, St Cyr was arrested after she posted videos online showing herself storming the U.S. Capitol with other like-minded individuals.

“Americans are being beaten for wanting to save their country,” she said at one point. “So, welcome to communist America.”

“God put me in that window, so I’m assuming God put me on CNN screaming like a mad woman,” the Idaho Statesman quoted St Cyr as saying. “So hey, maybe I’m going to get arrested again, but I would get arrested and I would die for this country. So no regrets.”

None of the contents of her social media became topics of conversation at Friday’s hearing.

Unlike many other defendants facing charges in the U.S. Capitol siege, prosecutors have notably not accused Cyr of carrying weapons, fighting with the police, or damaging property.