‘U Think I Wont Kill Her Say It Again’: Florida Mother Accused of Smothering, Slapping, Hitting Newborn on Video, Lying About Baby Being Dead Just to Get Back at Ex 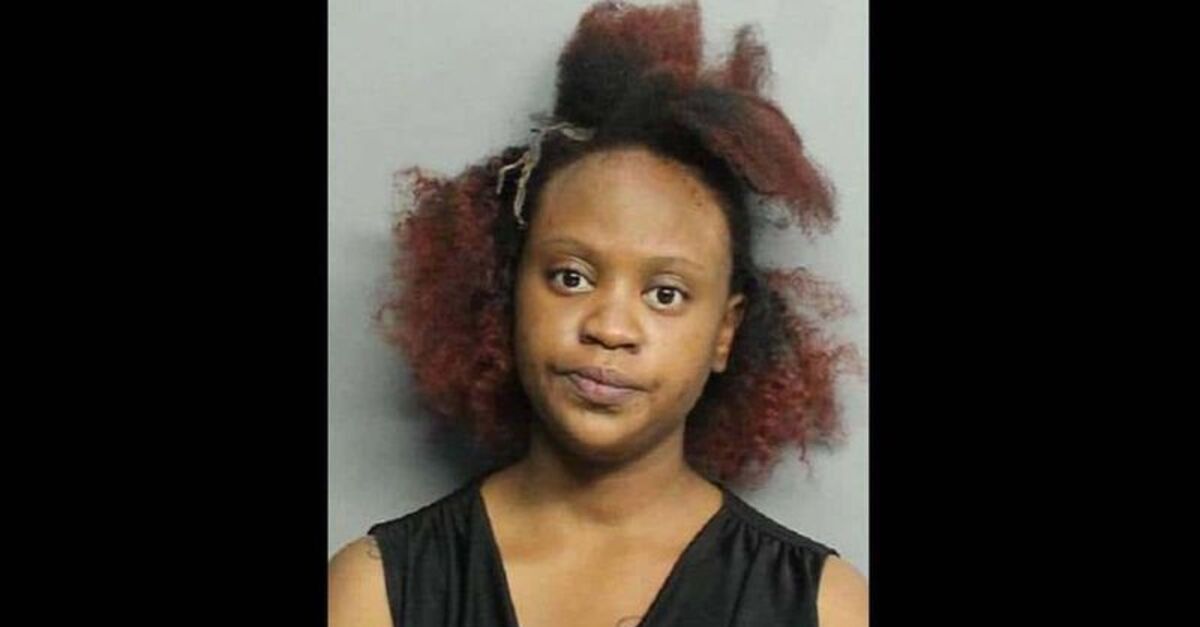 A Florida woman was arrested on a litany of child abuse charges earlier this week after allegedly sending her ex-boyfriend videos of her suffocating and slapping her 5-week-old baby girl.

Bryunna Joyce, 19, was arrested on Sunday by the Hialeah Police Department but was charged in Miami because the alleged abuse occurred within the city limits, according to The Miami Herald. Joyce stands accused of repeatedly hitting her own child and suffocating the infant with a blanket for some 37 seconds in an effort to rile up and spite her ex-boyfriend, with whom she was recently arguing, according to an arrest report cited by the outlet.

In one video, the defendant allegedly slapped the baby four times.

“U think I wont kill her say it again,” Joyce texted her ex, according to the arrest report. “Im just act like its [an] accident.”

In the smothering video, Joyce is allegedly seen grabbing her child by the throat and placing a blanket over their mouth as she cries and moves around struggling to breathe. In another video, authorities claim the angry mother can be seen violently rocking her child’s car seat back-and-forth so as to cause the child to hit her head five times.

“The victim is seen crying and moving her face around in order to breathe,” Miami Detective Ervens Ford Jr. wrote in the arrest report. “The defendant also recorded herself rocking the car seat back and forth, hitting the victim in the head with the bottom of the car seat approximately five times.”

In yet another video, police allege that Joyce can be seen “throwing [her child] off the bed” just after allegedly sending a text threatening to give “this bitch” (an apparent reference to the child) cat food.

Joyce is also accused of threatening to kill her daughter. At one point she allegedly claimed the child was already dead.

“She is dead laying [in] the car seat,” the mother allegedly texted her ex-boyfriend at one point. “Like a dog.”

The defendant also allegedly verbally disparaged the child and expressed being tired of the entire situation.

“Fuck this baby,” she allegedly told the child’s father.

“Well this getting boring,” Joyce is accused of texting in another missive. “I’m really treat your child like dog shit. I’m just send u videos. No more talking. I never sit up here stole from u no nth to u ntn are all u can stop with the msg I can care less.”

The Herald reports that the girl’s father forwarded the videos and messages to the Florida Department of Children and Families who attempted a search at her home but came up empty-handed. A case worker then reported the baby and Joyce’s 1-year-old child as missing, which prompted the Hialeah Police Department to get involved.

Special victims, homicide and special investigations units were reportedly on the case and eventually arrested Joyce in Liberty City, Fla.

The newborn is now recuperating at an area hospital while the toddler has been placed with a relative.

The teenager mother was charged with child abuse, child neglect, domestic battery by strangulation, and written threats to kill or bodily injury, according to arrest records reviewed by Law&Crime. She is currently being held on $17,500 bond and has requested a public defender. Her next court date is scheduled for June 28.

[image via Miami-Dade Corrections and Rehabilitation]