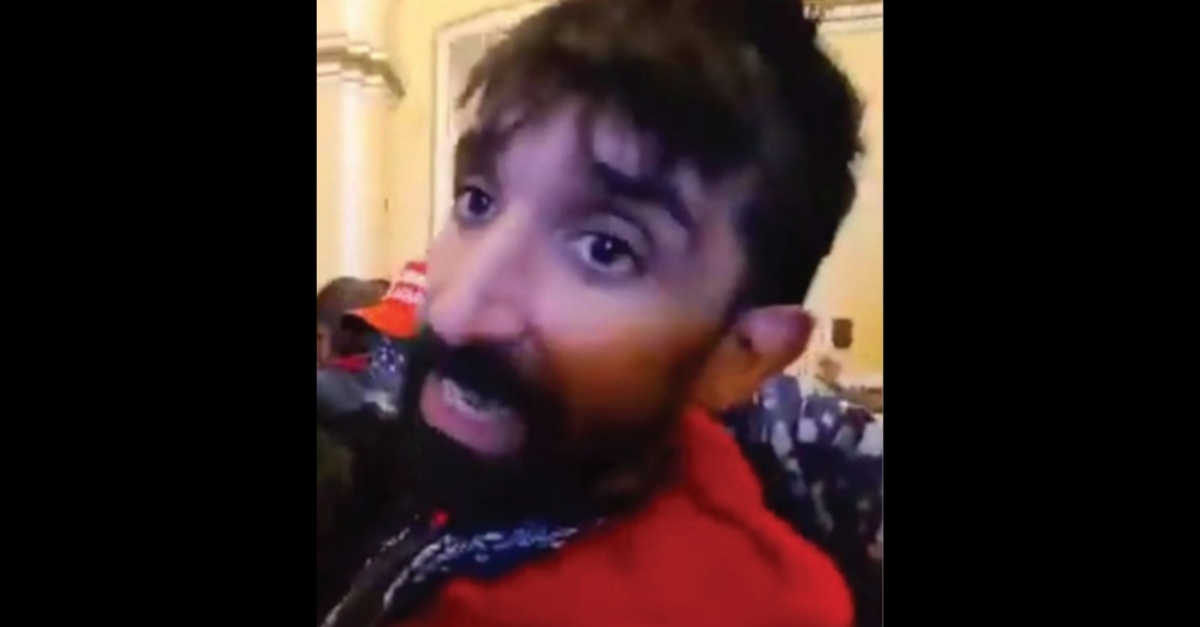 Meet “73,” whose face and number were emblazoned on Federal Bureau of Investigation posters throughout the nation’s capital.

Pictured several dozens of photographs down on a list of FBI wanted posters for “Violence at the United States Capitol” was “73,” who has since been charged and identified as Michael Perna. Recorded amongst the rioters inside the building on Jan. 6, Perna admitted to being there, according to the affidavit.

Footage showed him wearing what seemed to be a “Make America Great Again” sweatshirt, and posters seeking the public’s help in nabbing him tagged his mug as “Photograph #73.”

Supporters of President Donald Trump raided the Capitol Building after POTUS continued to lie to his supporters that he actually won the 2020 presidential election, and that it was being stolen from him. Five people died amid the carnage. Accompanied by other rioters, Ashli Babbitt, 35, was shot and killed by a law enforcement officer while she attempted to climb into the barricaded Speaker’s Lobby. The death of Capitol police officer Brian D. Sicknick is being investigated as a possible murder.

Investigators say a U.S. Magistrate judge authorized a warrant on Perna’s Facebook account, which showed an 8-minute video depicting him saying that he and another man “walked right into the Capitol Building.” 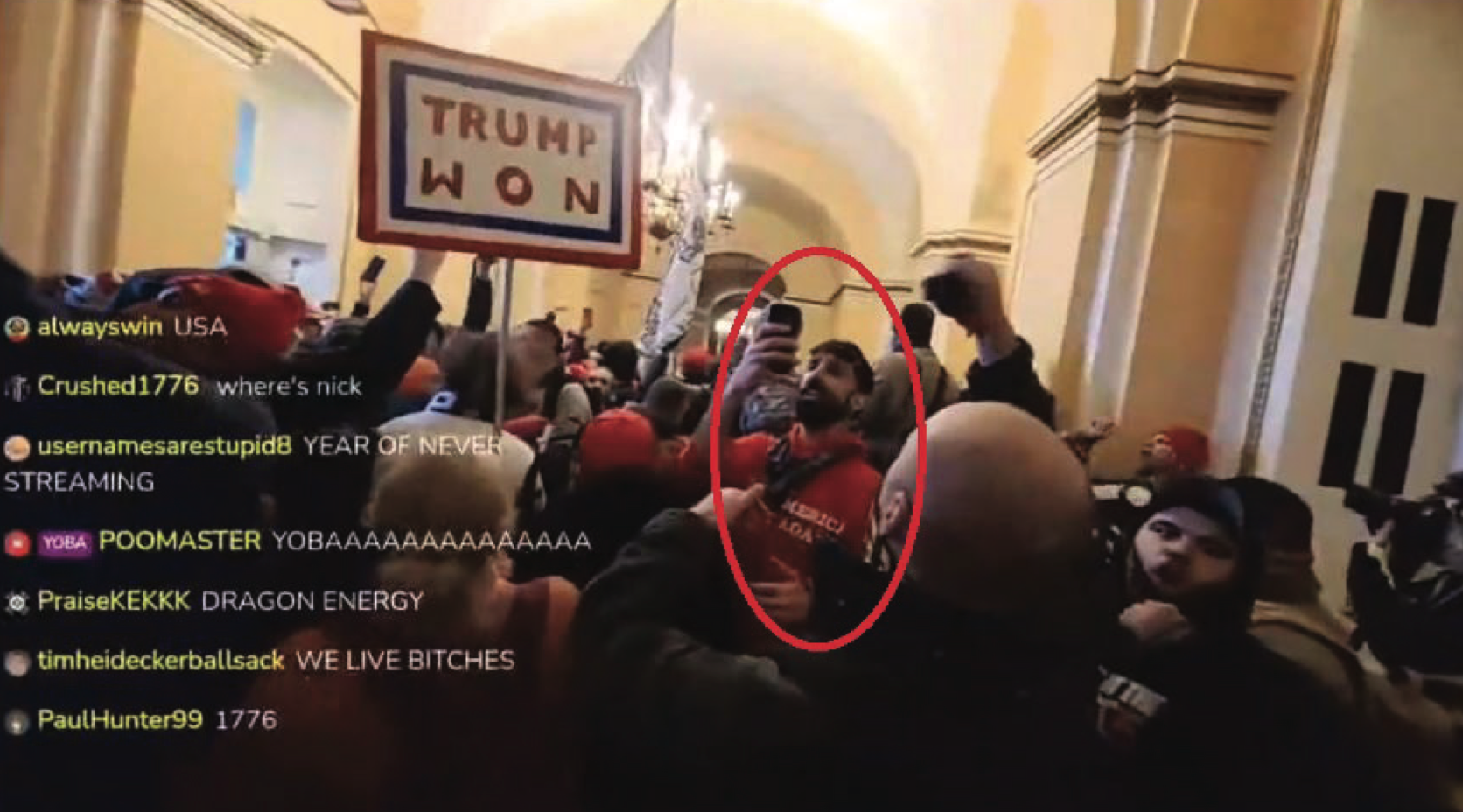 W-1 indicated that it had known PERNA for several years. Although W-1 and PERNA had not communicated in a few years, W-1 would view PERNA’s public Facebook account from time to time. W-1 had seen Facebook postings by PERNA indicating his support for President Trump, as well as his support for QAnon. W-1 recalled seeing a Facebook post by PERNA within the past several months indicating that PERNA had purchased a handgun. Finally, W-1 advised that it had seen a Facebook video posted by PERNA showing PERNA at the U.S. Capitol on January 6, 2021.

Another witness said that they knew Perna from living in the same small town, and “believed he was a conspiracy theorist and supported QAnon.” This person also claimed to have seen a Jan. 6 video showing Perna at the Capitol.

Investigators said that agents met Perna for an interview on Thursday. In this account, they told him he was not under arrest. The defendant admitted to being “73,” they said. He allegedly said he and a friend went to the nearby Trump rally, marched with others to the Capitol, and was surprised to see that the door was open. Perna allegedly asserted he was pushed inside by the crowd behind him, and that he did not mean to enter the building. From the affidavit:

Some remarked on the affidavit’s footnote describing QAnon.

The FBI, in a charging document made public today, says QAnon adherents are “pushing false and discredited theories of massive voter fraud and that the 2020 election had been “stolen” from President Trump.” https://t.co/F9ixDMh1Od pic.twitter.com/UMqiDtfU7M