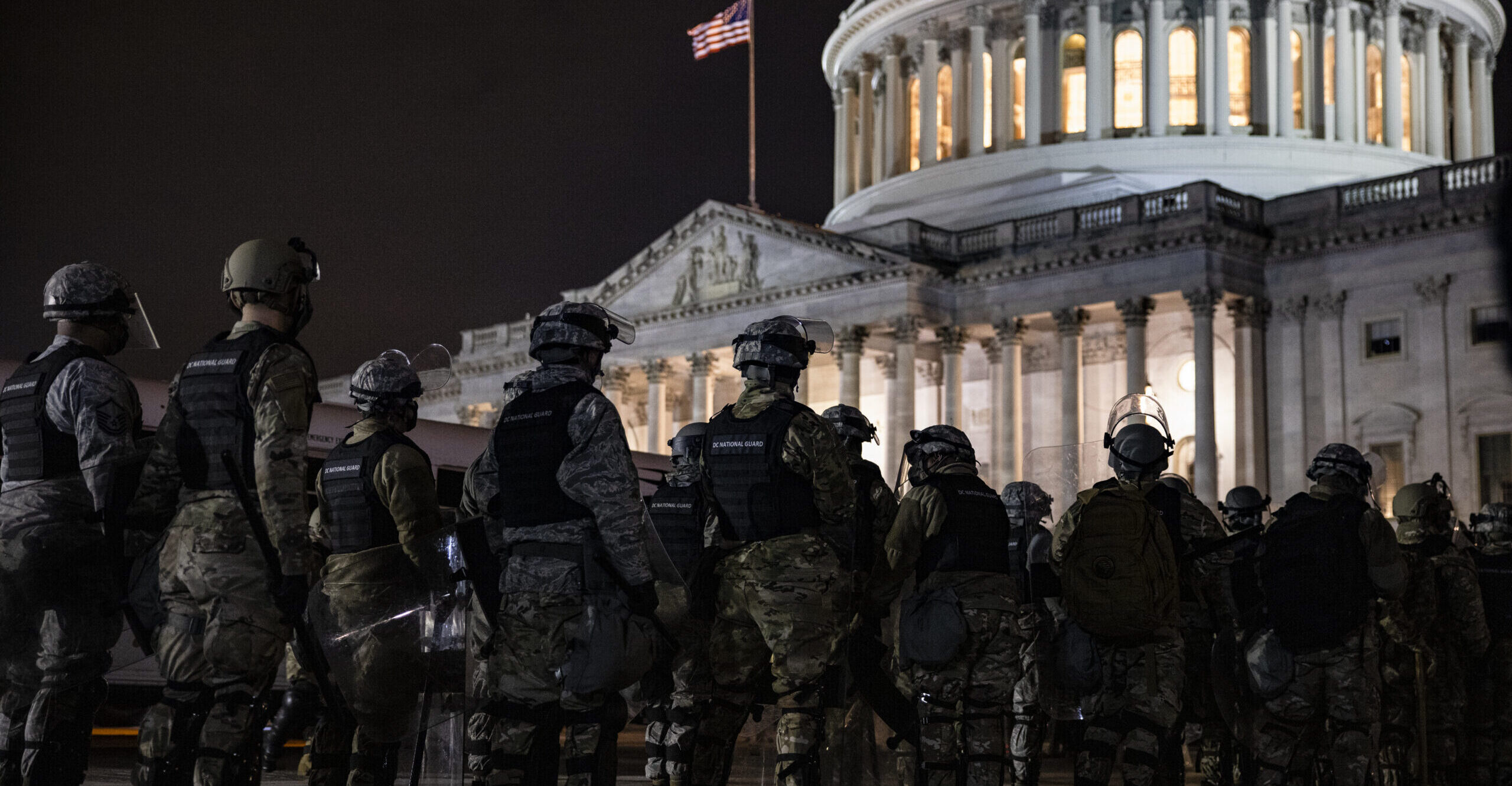 A federal judge has blocked the release of a white supremacist U.S. Army Reservist whom prosecutors warned would pose a “potentially catastrophic risk of danger to the community” if let out of jail, as was previously ordered on the eve of President-elect Joe Biden’s inauguration.

Both antisemitic tracts have been tied to atrocities: Hitler’s led to the genocide of six million Jews during the Holocaust, and Pierce’s book depicting the violent overthrow of the U.S. government, bombing of an FBI building, and precipitating of a race war inspired Oklahoma City bomber Timothy McVeigh, whose bombing of the Murrah building in the U.S. heartland killed 168 people in 1995.

Prosecutors made clear that Hale-Cusanelli’s interest in the screeds was not academic, and the reservist made his extremist beliefs clear in his “Based Hermes Show” on YouTube.

“Although it might otherwise be possible to attribute the ‘Based Hermes Show’ and an interest in Mein Kampf and The Turner Diaries to morbid curiosity or First Amendment expression, defendant’s actions and statements make plain his beliefs in White Supremacy, and his interest in participating in a civil war to preserve what he believes to be the proper order of American society,” Assistant U.S. Attorney James Nelson wrote. “After returning home from storming the capitol, defendant told a friend that he ‘couldn’t describe how exhilarating it was’ to participate in the protest. When asked how he would ‘recreate’ that sensation, defendant replied: ‘War. Civil war.'”

Prosecutors then immediately urged Chief U.S. District Judge Beryl Howell, from the District of D.C., to reverse the order granting Hale-Cusanelli’s release, arguing the safety of the public required it.

“Releasing Defendant from custody will only reinforce his belief that his cause is just,” their 11-page legal brief stated.

Hale-Cusanelli worked as a contractor at Naval Weapons Station Earle, where he maintained a “Secret” security clearance and had “access to a variety of munitions,” but prosecutors say that it is quickly changing.

“Given his impending debarment from Naval Weapons Station Earle, and his potential Administrative Separation from the U.S. Army Reserve, defendant’s release will likely leave him with nowhere to go and nothing to do except pursue his fantasy of participating in a civil war,” prosecutors wrote. “If nothing else, the events of January 6, 2021, have exposed the size and determination of right-wing fringe groups in the United States, and their willingness to place themselves and others in danger to further their political ideology. Releasing Defendant to rejoin their fold and plan their next attack poses a potentially catastrophic risk of danger to the community.”

“Defendant also expressed that the ‘system’ is ‘getting more illegitimate every day’ and ‘it’s only a matter of time,’ before a civil war breaks out. Defendant further expressed that, in the event of a civil war, ‘it’s going to be the fucking good old boys in the Midwest, Texas, and Arkansas,’ who prevail. When asked whether he really wanted there to be a civil war, Defendant said ‘yes,’ and quoted Thomas Jefferson, stating that ‘the tree of liberty must be refreshed with the blood of patriots and tyrants.’ Defendant also stated that a civil war was the ‘best shot’ for American society to get a ‘clear bill of health.'”

Howell’s order means the defendant will remain in custody until she can review the New Jersey judge’s order.