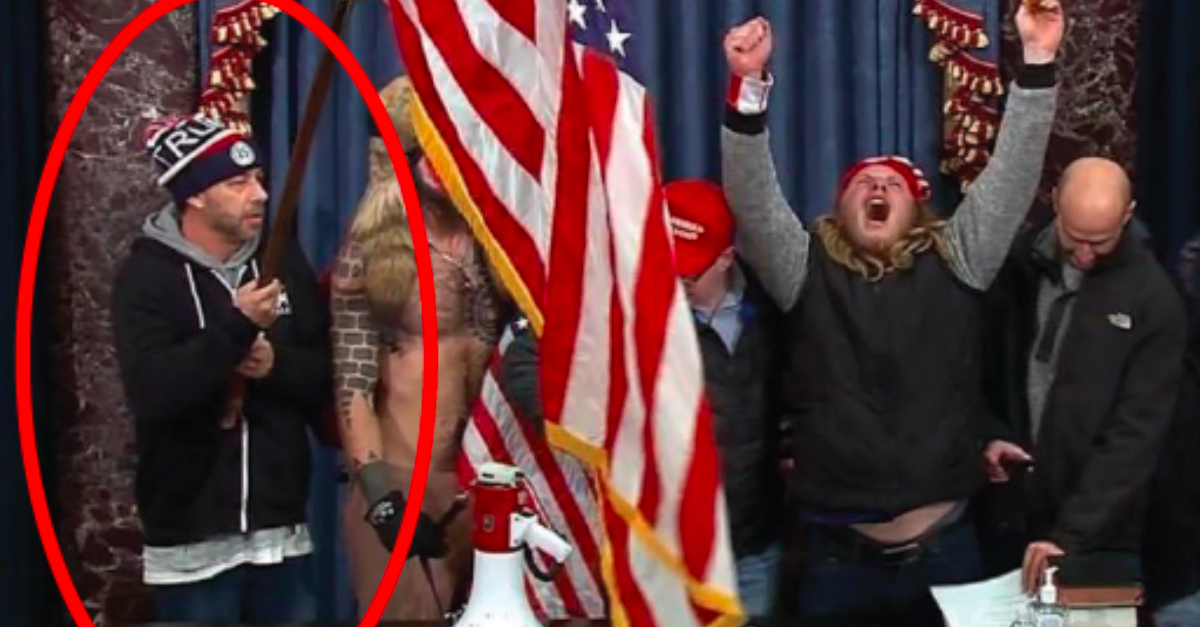 A California man who allegedly participated in the assault on the U.S. Capitol earlier this month and stole documents from the desk of Senate Minority Leader Mitch McConnell was arrested in his home state and charged this week by federal authorities.

According to a criminal complaint filed in D.C. federal court, authorities received a tip that Tommy Frederick Allan, of Rocklin, Calif., posted several self-incriminating videos to his social media accounts depicting him and others discussing a plan to storm the Capitol, breaking windows at the Capitol Building, and footage of him inside the building. The tipster also provided screenshots from Allan’s account showing multiple people in military-style tactical gear with “Three Percenter” patches whom he referred to as “patriots,” and another captioned: “You don’t want to hear the evidence. Fine! Here my Roar you fucking communist bastards. Give me freedom or give me death.”

Three Percenters are a far-right, anti-government militia under the false impression that only three percent of  colonists fought the British during the American Revolution. 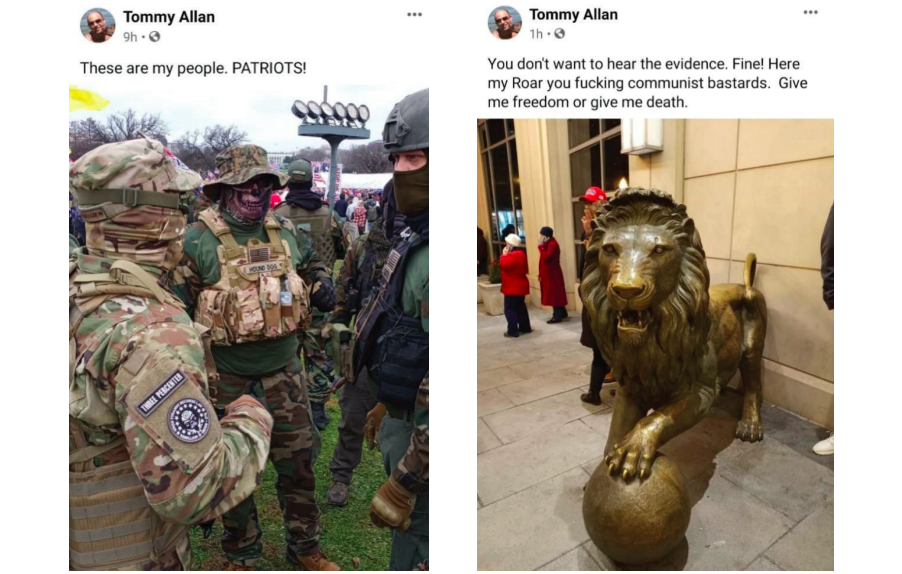 A second informant advised the FBI that Allan had said that he “climbed a rope on the wall of the Capitol grounds to gain entry.”

Closed circuit camera footage from inside the Senate Chamber showed a person believed to be Allan carrying a U.S. flag on a flagpole and standing between the Presiding Officer’s desk and the desk of the Assistant Secretary of the Senate, where he can be seen taking a set of documents, folding them, and putting them in his pocket. In another video from outside the Capitol, Allan can allegedly been seen holding multiple documents in his hand and discussing their contents with others.

“While background and ambient noise on the video mitigated my ability to obtain a direct quote, on VIDEO-2, I observed ALLAN show another document and stating, it was ‘a letter from [Donald] Trump’ and was ‘signed by Trump,’ or words to that effect,” the charging document stated. “As ALLAN displayed the aforementioned letter to the camera, I observed what appeared to be President Trump’s signature at the bottom of the document, which I am familiar with from open source information. I observed ALLAN state to the individual recording VIDEO-2 that he had removed the documents in his hand from the desk of Senate Majority Leader Mitch McConnell.”

Later in the same video, Allan can be heard saying that he “stormed the building” and discussed the stolen documents.

“Upon being asked by an unknown individual off-camera why he took the documents, ALLAN replied because he was a ‘taxpayer,’ or words to that effect,” the complaint stated.

Allan is facing charges of violent entry or disorderly conduction on Capitol grounds, unlawfully entering a restricted building or grounds, and damage or theft of federal property. He is being represented in the matter by attorney Linda C. Allison.