Feds Bust Trump Supporter Who Said the ‘Least Safe’ He Felt on Jan. 6 Was When a ‘Little Antifa BLMer on a Vespa’ Told Him ‘F U’ 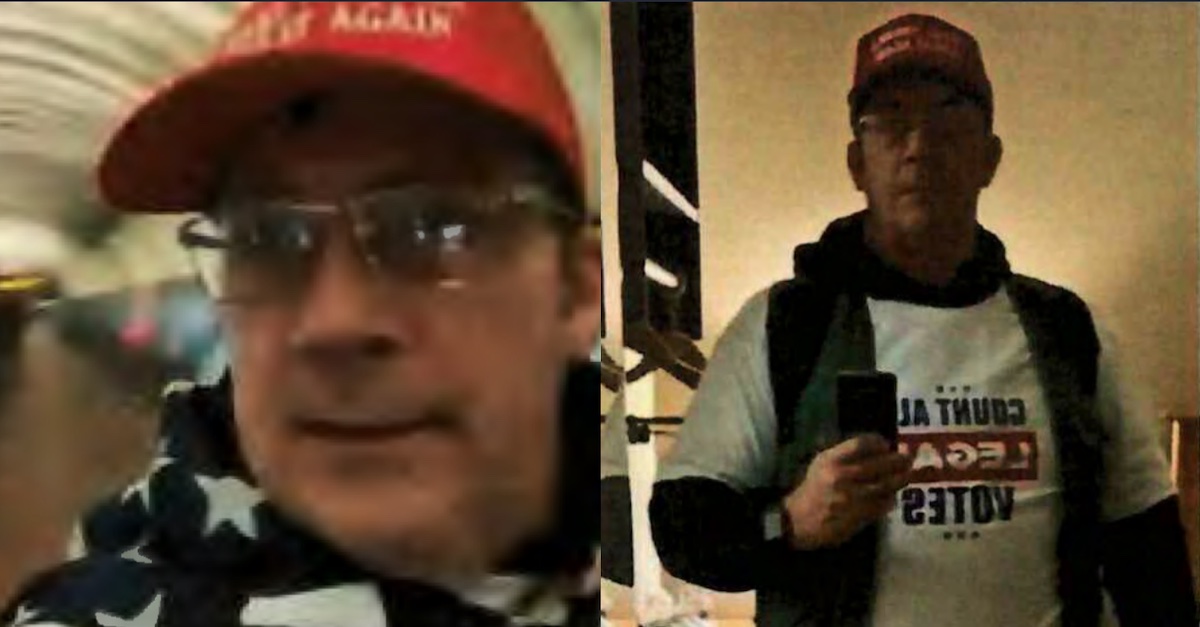 On the one-year anniversary of the Jan. 6, 2021 siege of the Capitol, the Department of Justice unsealed a case against a Washington State man.

According to the DOJ, John Cameron of Port Orchard, Washington posted online that the “least safe” he felt on that deadly and violent day was a purported encounter with a “little antifa BLMer on a Vespa” whom he says told him “F U.”

The feds allege, however, that Cameron was actually in the thick of a crowd of people yelling “Let us in! Let us in” as pro-Donald Trump rioters breached the Capitol. According to the FBI statement of facts, a document dating back to Dec. 10 but which is now unsealed, Cameron recorded and posted incriminating videos on Facebook while among the mob:

CAMERON posted other photos and videos to the same Facebook account that day, including pictures of himself and the crowd at the riot on the restricted grounds of the U.S. Capitol. One such video included the caption, “Civil disobedience[,]” in which rioters can be seen breaching the secured areas of the scaffolding surrounding the Capitol building. In another video, the crowd surrounding CAMERON can be heard chanting, “Let us in! Let us in!” outside the Capitol building.

Federal authorities say that a MAGA-hatted Cameron, wearing a “count all legal votes” shirt and an “American flag cape,” unlawfully entered the Capitol “at approximately 2:20 p.m.,” under 10 minutes after rioters “first breached” the Senate Wing Door.

Later on that day, the feds allege, Cameron posted more while at a D.C. Metro station and basked in the afterglow.

CAMERON posted a video of himself in what appears to be a D.C. Metro train station after leaving the Capitol, in which he described the events while pointing the camera at himself, as shown in Figure 4. He is identifiable in the video and is wearing the same attire described above, including the American flag cape. In his comments, he said of his experience at the U.S. Capitol: “Was it pretty? No. Did it make a statement? Yes.” He said he didn’t know who had broken the doors down at the Capitol building. He also said it was a fun, exciting, interesting, and historic event.

It was at that same train station where Cameron allegedly claimed to be taken aback by the words of a “little antifa BLMer.” 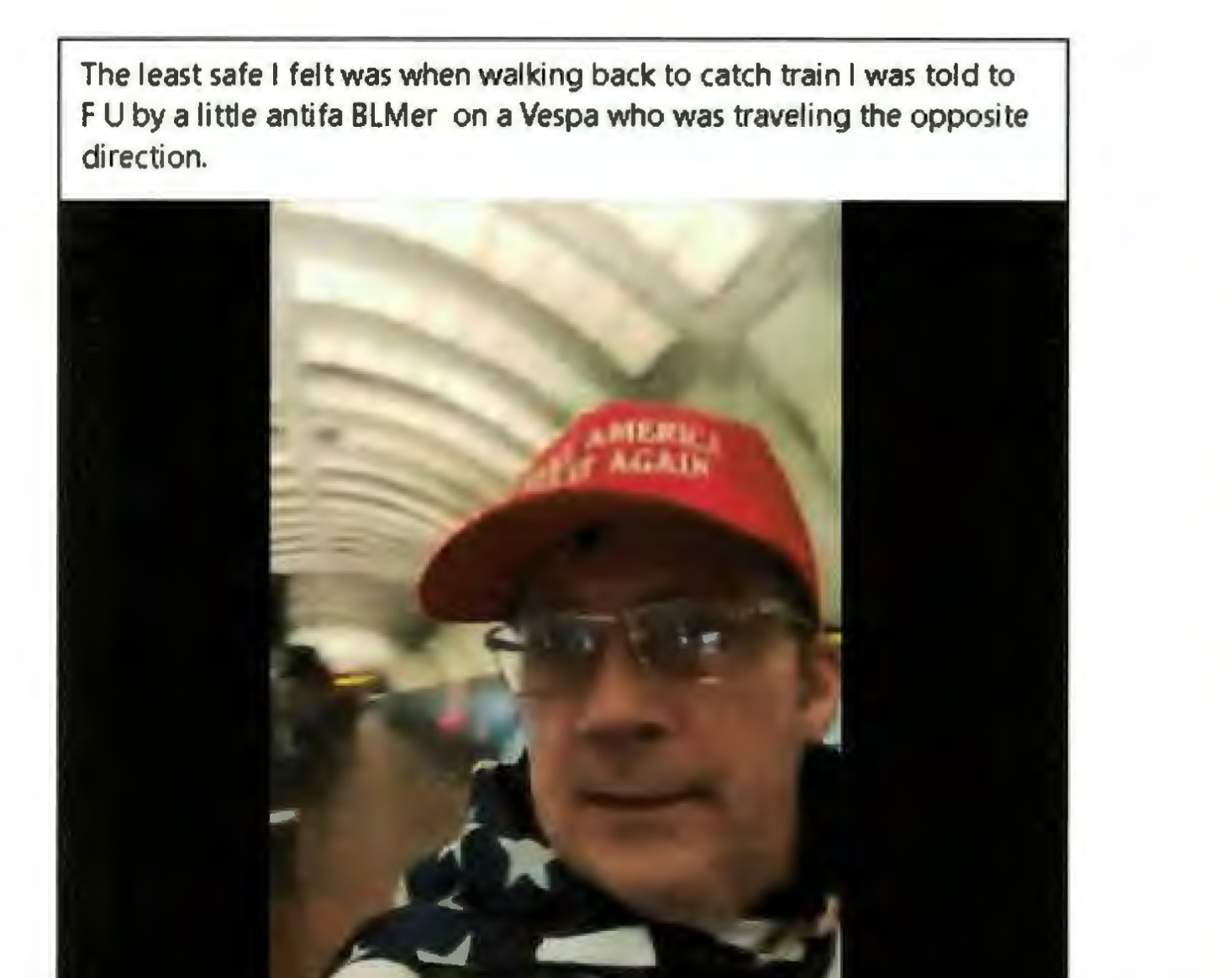 “The tipster provided a link to CAMERON’s Facebook account, which is listed in his own name, on which the user had uploaded commentary and pictures documenting his trip to Washington, D.C. on January 6, 2021,” documents say. “I reviewed CAMERON’s Facebook account and located several posts and pictures about his plans to travel to Washington D.C. for the ‘Stop the Steal’ rally and his participation in the riot that day.”