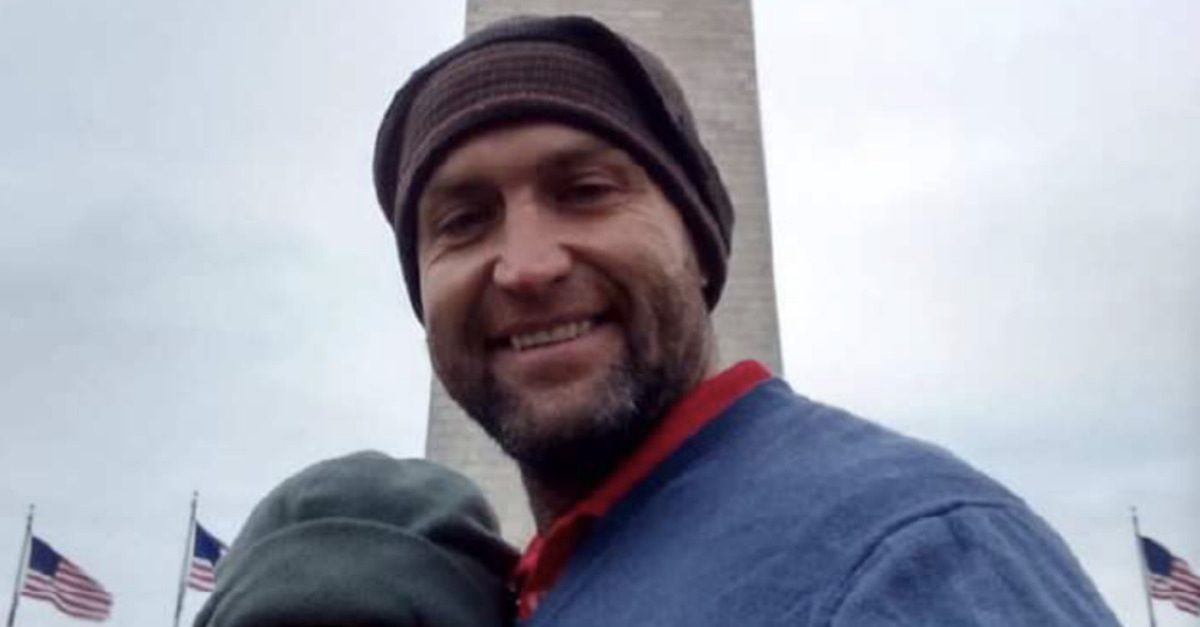 A man alleged to have taken part in the Jan. 6 attack on the U.S. Capitol Complex was ordered to undergo a mental competency evaluation by a federal judge on Thursday after a series of increasingly bizarre and outrageous in-court outbursts that spiraled out of control — with a reference to former president Donald Trump adding to the mayhem.

Copeland, 33, was arrested on April 29 by federal agents. The Utah resident was charged with numerous crimes related to the events of the abortive pro-Trump putsch — including attacking police and obstruction of law enforcement during a civil disorder.

“Copeland and other people had grabbed a metal fence serving as a barricade, and were trying to pull the barricade away from law enforcement officers,” federal prosecutors alleged in a late April criminal complaint. “Based on their uniforms, these officers appeared to be from the U.S. Capitol Police and the Metropolitan Police Department. One or more officers deployed OC spray against members of the crowd, including Copeland. In response, Copeland pushed or threw the fence toward multiple law enforcement officers.”

“I’m in my car,” Copeland shouted well before any of the hearings began, according to Inner City Press. “I have nothing to hide!”

Discussions as to whether the line could be muted quickly went nowhere while the defendant ratcheted up his outbursts apace.

“Is any of this negotiable?” Copeland shouted at U.S. Magistrate Judge Robin M. Meriweather, according to NBC News’s Scott MacFarlane. “I used to be a free man . . . until you locked me up.”

But that was just the beginning.

When a defense attorney for fellow alleged rioter Anthony Antonio said his client had “Fox-itus” and “Fox-mania” after watching Fox News for months under lockdown while recently unemployed — and that he began to believe the programming spread by Fox News and Trump — Copeland took great offense and let all of the participants know it.

Attorney for Capitol defendant Anthony Antonio said his client had “Foxitus” and “Foxmania” from watching six months of Fox News and started “believing what was being fed to him” by Fox News and the president. pic.twitter.com/aHMppeb1yc

“I would like to object!” Copeland screamed. “That’s not pertinent!”

[These multi-defendant presentments may not be a good idea – Copeland is objecting to Antonio’s lawyer pleading “Fox-itis”]
Antonio’s lawyer: He stood on the steps exhorting peaceful protest. He smiled at police.
Copeland: I object!
Judge: Please mute Mr. Copeland

The day’s denouement came when it was Copeland’s turn to address the court. And, for macabre court watchers, he did not disappoint.

“You people fucked this up,” he told Judge Meriweather.

The defendant continued in this vein for awhile.

“You’re going to give me a psych eval,” Copeland added at one point — somewhat presciently as it turned out. “I don’t like 70% of my income going to the government.”

At a certain point during the Zoom meeting, the defendant was placed in a “breakout room” where he was able to confer with his defense attorney — and be kept quiet.

“I wanna talk in open court you motherfuckers,” Copeland said as he was muted by the court.

One hour-long break later — a break specifically called to address the steady stream of profane interruptions — and Copeland’s attorney told the court that his client was “in a crisis.” Copeland hung up at that point; he rejoined the proceedings roughly 10 minutes after that.

Stout: Last time he muttered, but not outburst. He seemed amused at the charges. Now I think he’s in crisis.
AUSA: Before his appearance in Utah, he posted on Facebook, They are trying to hunt us down. This ends with the government bombing its own people

Judge Meriweather: Mr. Copeland is trying to call back in. If he behaves the same way, we could do the competency review. We have a contract with a DC doctor. It can be done virtually.

Eventually an old adage was welcomed by the court: some time after Copeland shouted out his demand for a mental health evaluation, the court scheduled exactly that.