Man Once Implicated in Assault of Capitol Cop Who Died After Jan. 6 Has Pleaded Down to a Pair of Misdemeanors 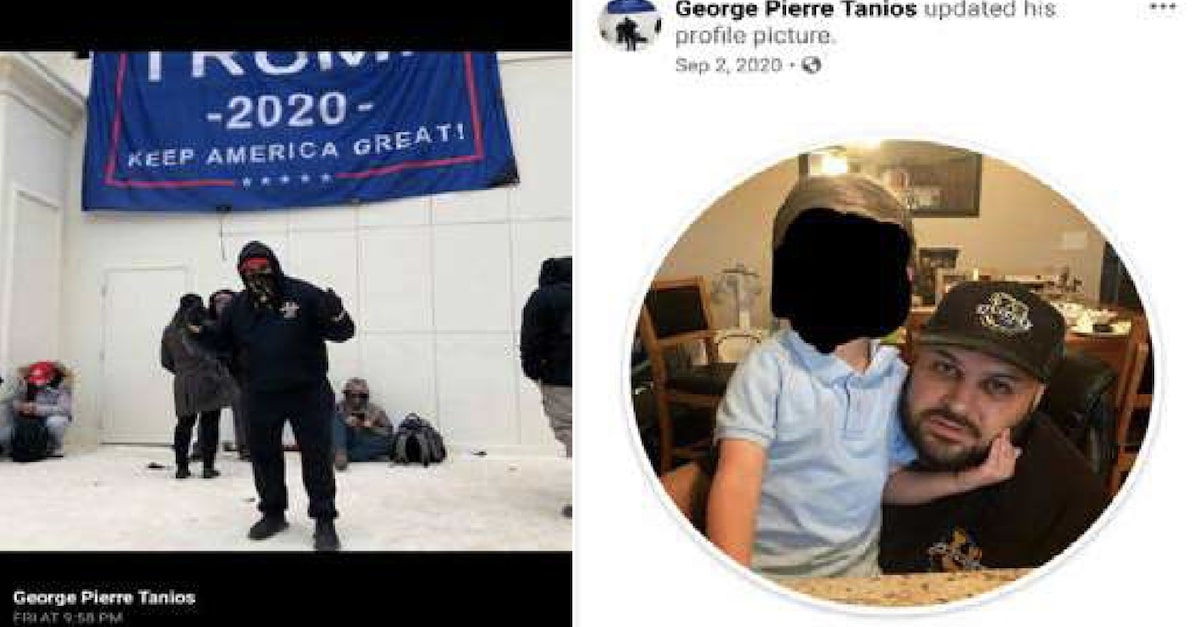 A West Virginia man previously accused of assaulting U.S. Capitol police officer who died after Jan. 6 pleaded down on Wednesday to a pair of much less serious misdemeanor offenses. Prosecutors said they offered his co-defendant a plea deal that would include felony charges of assaulting an officer with a dangerous weapon.

George Tanios, 40, pleaded guilty before a federal judge entering and remaining in a restricted building or grounds and disorderly conduct inside a restricted building or grounds. Prosecutors initially charged Tanios and co-defendant Julian Khater on a raft of serious, identical charges, including assaulting Officer Brian Sicknick, who later died.

Only Khater, however, was accused of actually dousing law enforcement with chemical spray, and Tanios previously stood accused of coordinating the attacks. Now, the men’s cases appear to be on the verge of vastly different outcomes. The two misdemeanor offenses Tanios pleaded guilty to each carry a maximum one-year sentence, a $100,000 fine and a year of probation, but prosecutors calculated his guidelines range at less than six months. Hogan, a Ronald Reagan appointee, scheduled sentencing for Dec. 6 at 11 a.m.

Khater faces an estimated 78 to 97 months in prison if he agrees to plead guilty to two felony charges of assaulting a police officer with a dangerous weapon, a prosecutor told U.S. District Judge Thomas Hogan on Wednesday.

If Khater accepts the offer, and is sentenced within the proposed guidelines range, he would serve what is currently the longest sentence to date on the Jan. 6 docket. That record is currently held by Mark K. Ponder and Robert Scott Palmer, both of whom were convicted of assaulting law enforcement. Judge Hagan set another hearing for Khater for Aug. 24.

Authorities did not blame either of the men for Sicknick’s death, which the D.C. medical examiner later attributed to natural causes.

In their initial filings, federal authorities said that open source video showed both of the men discussing spraying police.

“Give me that bear shit,” Khater allegedly told Tanios.

“Hold on, hold on, not yet, not yet… its still early,” Tanios was quoted responding.

The FBI originally construed the exchange as a conspiracy to assault police.

“This verbal exchange between Khater and Tanios, together with Khater’s retrieval of the spray can from Tanios, reveals that the two were working in concert and had a plan to use the toxic spray against law enforcement,” the FBI’s affidavit states.

A government filing supporting the guilty plea describes Tanios preparing for his trip to Washington with multiple cans of bear spray and pepper spray — before giving Khater one of the latter.

“On January 5, 2021, the defendant, preparing for his trip to Washington, D.C., purchased two cannisters of Frontiersman brand bear spray, and two additional cannisters of pepper spray,” the filing states. “The defendant was in contact by cellular phone with his co-defendant, Julian Khater, prior to this purchase. The defendant provided one of the pepper spray canisters to Julian Khater prior to arriving in Washington, D.C.”

Authorities say that Khater assaulted two other officers along with Sicknick.

“In reviewing the surveillance footage and [body worn camera] video, your affiant observes that Officers Sicknick, Edwards and Chapman, who are standing within a few feet of Khater, all react, one by one, to something striking them in the face,” an FBI agent said in an affidavit. “The officers immediately retreat from the line, bring their hands to their faces and rush to find water to wash out their eyes, as described in further detail below and as captured in the following screen shots.”

The affidavit did not touch upon Sicknick’s death, but it did describe his injuries.

“The officers were temporary blinded by the substance, were temporary disabled from performing their duties and needed medical attention and assistance from fellow officers,” the affidavit says. “They were initially treated with water in an effort to wash out the unknown substance from their eyes and on their face. All three officers were incapacitated and unable to perform their duties for at least 20 minutes or longer while they recovered from the spray. Officer Edwards reported lasting injuries underneath her eyes, including scabbing that remained on her face for weeks. Officers Edwards and Chapman also described the spray to their face as a substance as strong as, if not stronger than, any version of pepper spray they had been exposed to during their training as law enforcement officers. Officer Sicknick reported to his supervisors and colleagues that he had been sprayed in the face with a substance.”

Tanios’s plea agreement does not contain a cooperation clause, but the government says he admits he “does not have information to dispute or disprove the allegations as set forth in the indictment against his co-defendant, Julian Khater, in any way.”

Attorneys for Khater and Tanios did not immediately respond to Law&Crime’s emails requesting comment.