Self-Identified ‘Maniac Plumber’ and ‘3%er Soldier’ Who Ran for New York State Senate Seat and Lost Is Charged for Storming the Capitol on Jan. 6 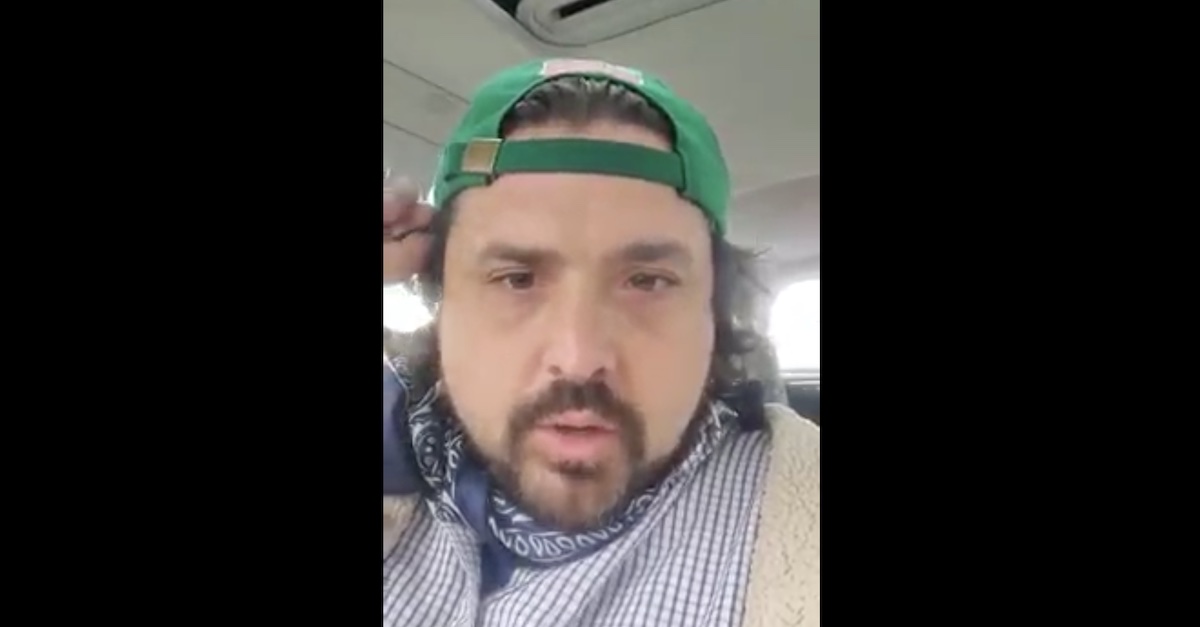 A 38-year-old Brooklyn, New York man is the latest of the hundreds of individuals to be arrested and charged in connection with the breach of the U.S. Capitol on Jan. 6. The Department of Justice says that Daniel Christmann ran last year for a state senate seat in the Empire State and self-identified on his “dannyforsenate” Instagram account as a “3%er soldier.”

Christmann, who has touted himself as a “plumber” taking on “full of crap politicians,” appears to have been active in Brooklyn and Bronx Libertarian circles. He’s called the Clintons, Bidens and Cuomos of the world a “sophisticated white collar mafia,” railed against Big Tech, and called the NYPD “Tyrannical” for arresting New Yorkers at “nonessential gatherings” during the pandemic.

According to the DOJ, Christmann was arrested on Wednesday in Brooklyn. He faces several charges familiar to many Capitol breach defendants: Knowingly Entering or Remaining in any Restricted Building or Grounds Without Lawful Authority; Disorderly and Disruptive Conduct in a Restricted Building or Ground; Disorderly Conduct in a Capitol Building; Parading, Demonstrating or Picketing in a Capitol Building.

Charging documents allege that Christmann entered the Capitol along with a horde of Trump supporters through a broken window.

Suspect identified as Christmann in the yellow oval.

The feds say that the defendant boasted at first in Instagram conversations about entering the Capitol on Jan. 6. 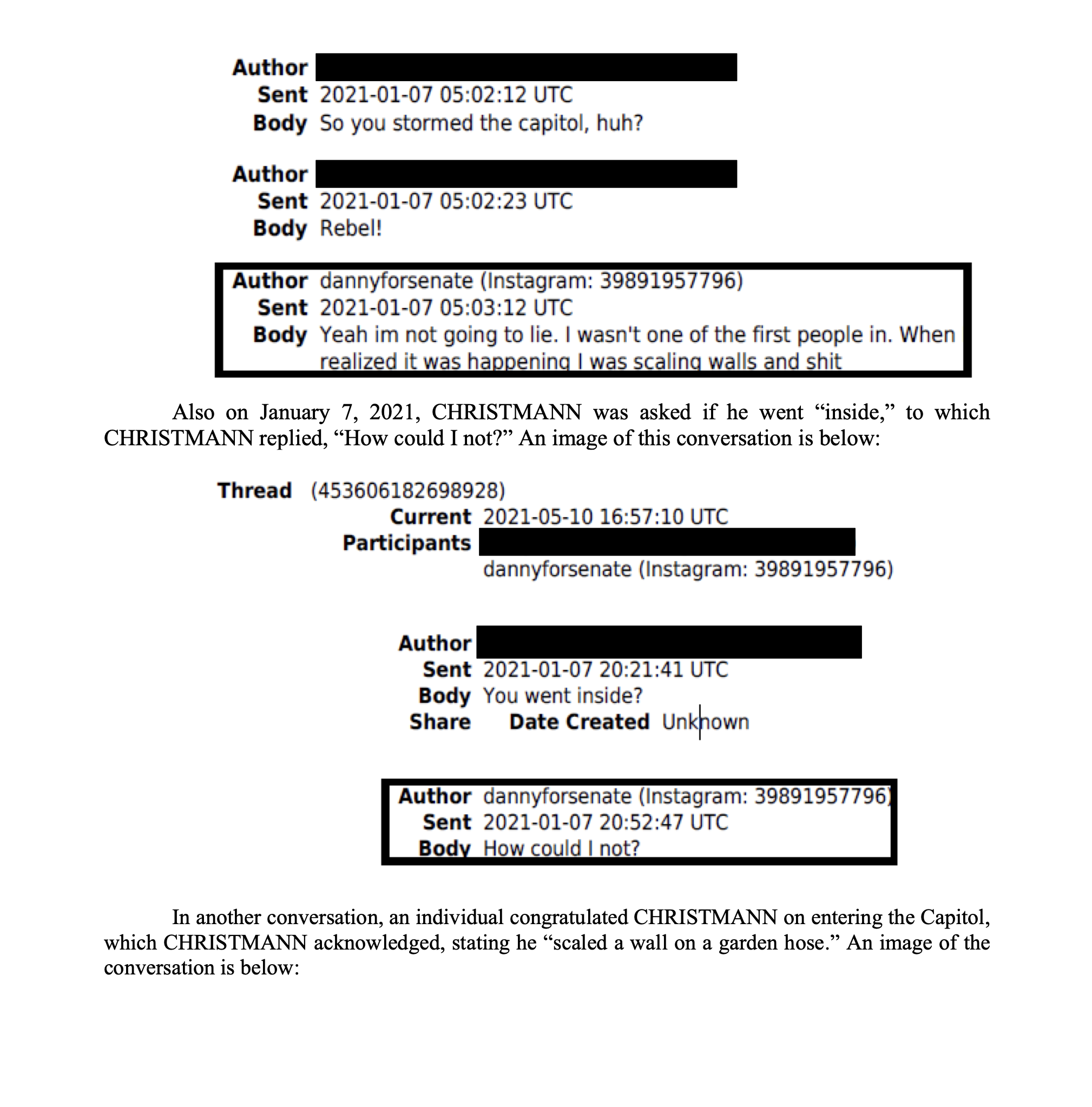 The DOJ alleges that Christmann reversed course on that and requested that online evidence be deleted after his associates started getting in trouble. 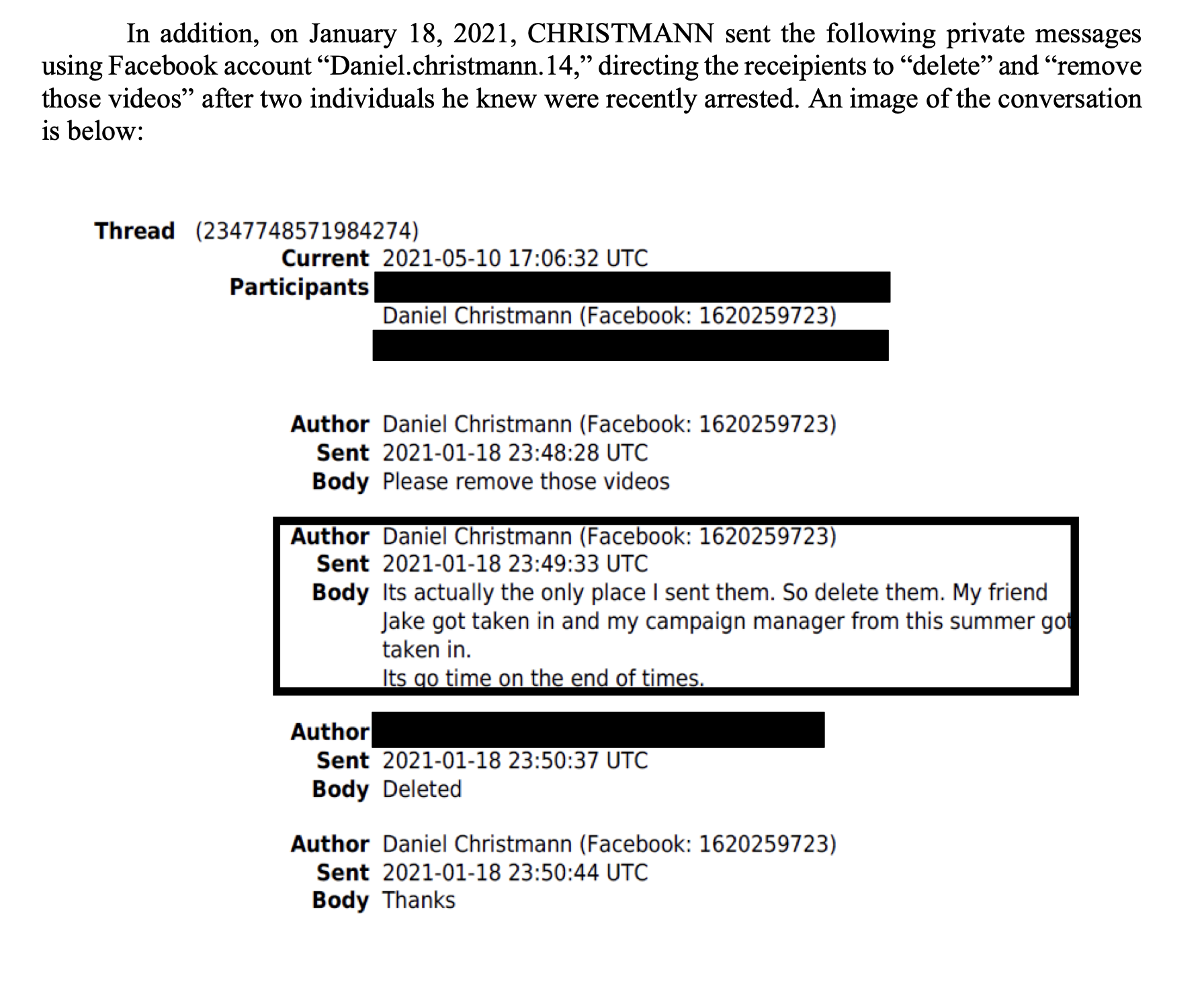 Christmann made an initial appearance before Magistrate Judge Sanket Bulsara on Wednesday afternoon in the Eastern District of New York, where he was represented by Federal Defender Michele Gelernt.

At the start of the virtual hearing, FBI Task Force Officer Timothy Donovan swore to the truth of the allegations contained in the complaint against Christmann.

From here, the judge listed Christmann’s rights and the defendant confirmed that he understood those rights.

Rather than seeking the detention, the government laid out a series of conditions for Christmann’s pre-trial release, including: stay away from D.C., unless for court or pre-trial consultation with a lawyer; call pre-trial services once a week to provide an update on his address; no travel outside of U.S.; no obtaining or possessing of illegal firearms; submit to random drug testing after a month has passed; no traveling to or entering in any state or federal Capitol buildings; commit no crimes.

Christmann told the judge that he understood the conditions of his release and understood what the consequences would be if he violated those conditions.

Attorney Gelernt also said that her client does not currently have a valid passport, but would turn in the expired passport to pre-trial services if or when he finds it. Judge Bulsara noted that Christmann can’t apply for a new passport without court permission.

Christmann’s lawyer said — and the government confirmed — that the parties agreed that the defendant will not have to be evaluated for mental health treatment—unless a substance abuse issue is flagged by random testing. The defendant again confirmed that he understood each and every condition for his pre-trial release.

Christmann was granted bail and his next court appearance was set for 1 p.m. on Aug. 10.

“I wish everyone good health. Have a nice day,” Judge Bulsara said, ending the hearing.

The self-described “maniac plumber” previously said online that he went from working 15 hours a day to running for elected office. But Christmann’s run for New York State Senate did not go well. Numbers suggest he is more of a 2.3%er. 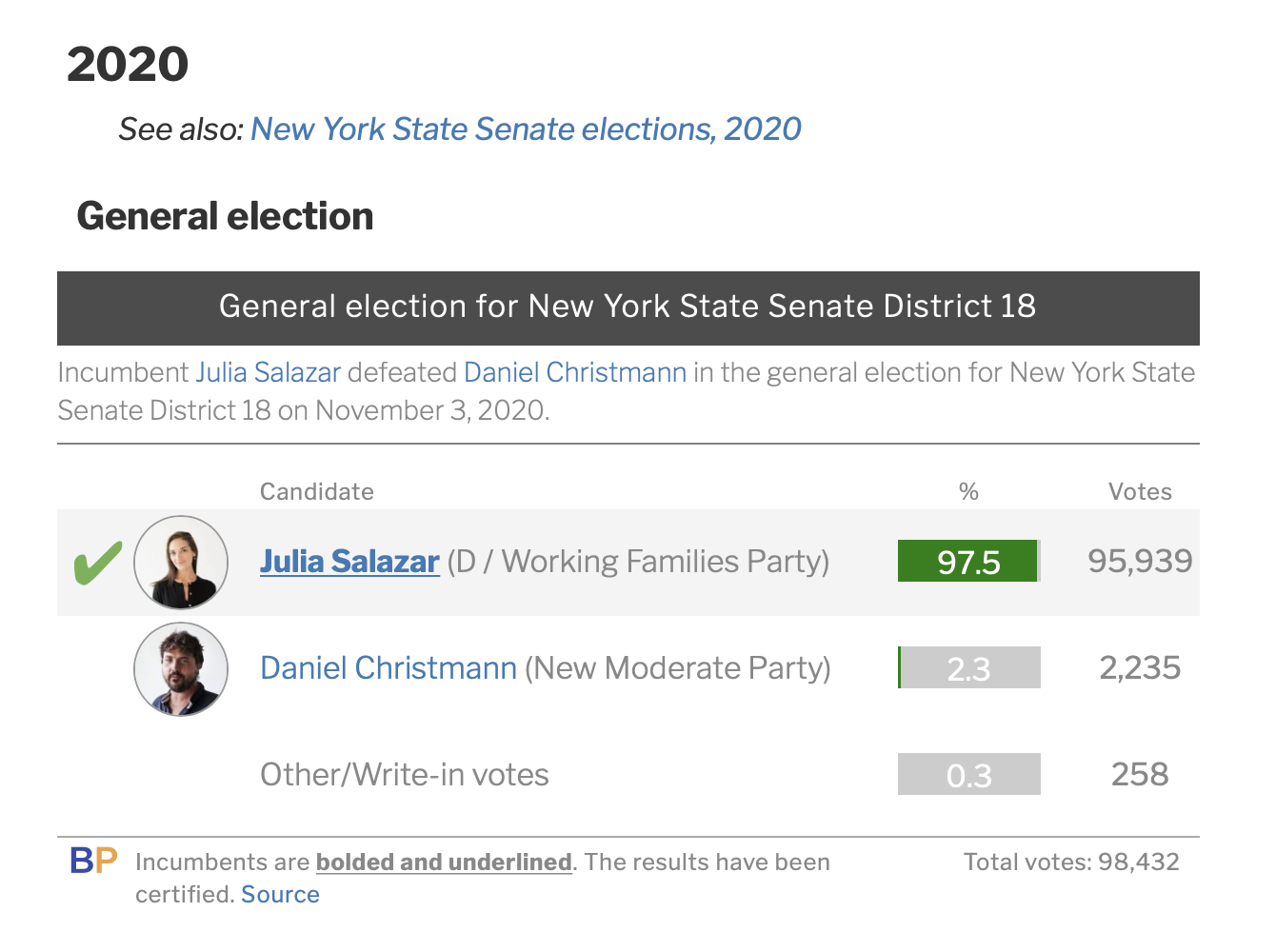 State Sen. Julia Salazar (D) noted that Christmann was her opponent in 2020.

Read the complaint against Christmann below:

Editor’s note: this story was updated post-publication with details from the defendant’s initial appearance.