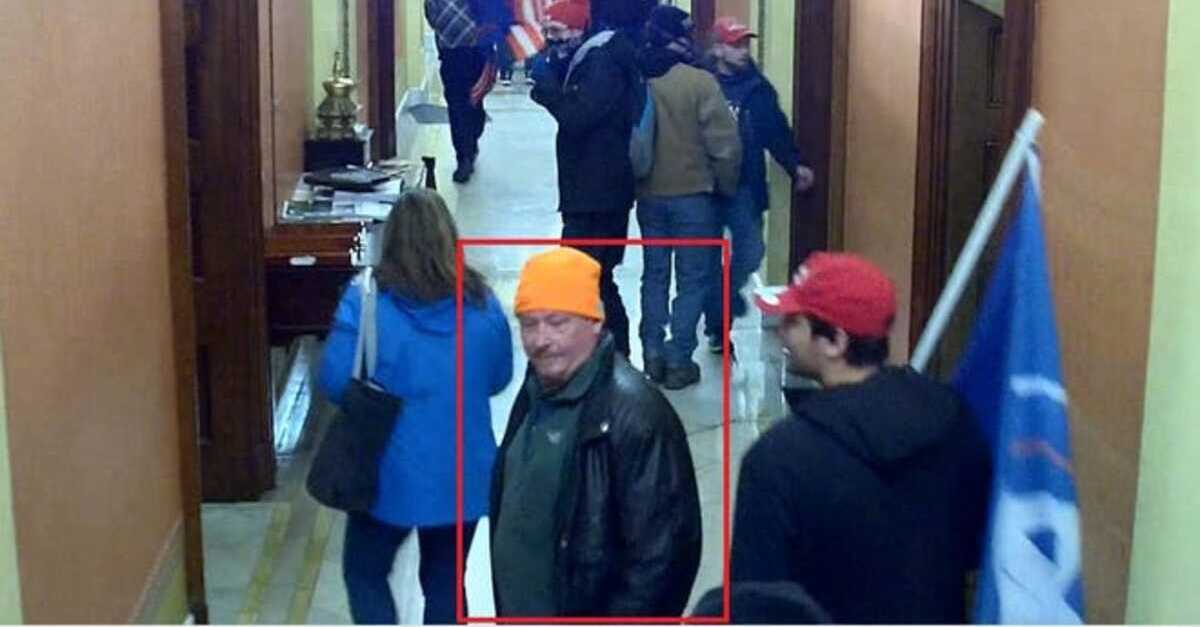 The Tennessee man who defiantly declared that he was proud to be part of the Jan. 6 Capitol siege and insisted that he would “tell this story” has pleaded guilty to a misdemeanor.

Michael Timbrook, 57, was wearing a distinctive bright orange hat when he entered the Capitol building as part of the mob of Donald Trump supporters looking to stop Congress from certifying Joe Biden‘s win in the 2020 presidential election.

According to prosecutors, Timbrook entered the Capitol building at around 2:15 p.m. through the Senate Wing doors. He was inside for about 25 minutes and walked through various areas, including the Rotunda, hallways near the Rotunda, and Statuary Hall.

In a plea agreement hearing before U.S. District Judge Trevor McFadden on Wednesday, Timbrook admitted to all of this and more. He pleaded guilty to one count of parading, demonstrating, or picketing in a Capitol building, a misdemeanor that carries a potential six-month jail sentence and up to a $5,000 fine.

He acknowledged that he briefly entered an office that he mistakenly believed to be that of House Speaker Nancy Pelosi (D-Calif.) and took some papers in that office and threw them on the floor.

When FBI investigators interviewed Timbrook in February 2021, he admitted that he saw barricades as he approached the Capitol and observed other people being pepper-sprayed by police officers trying to hold off the crowd. Timbrook himself was pepper-sprayed near scaffolding outside the Capitol building.

He also admitted to entering the building, despite knowing that he didn’t have permission to be there.

Timbrook was unrepentant in the days after Jan. 6, and posted to Facebook that he was proud of himself and his fellow rioters.

“Sorry friends and family, but I guess all y’all hate me now,” he wrote. “I’ve been admonished, criticized, judged and condemned, for what I consider to be an act of patriotism, by the entire news media, celebrity class, political class, religious groups, hell everybody with a social media has weighed in and found us Guilty of violating the Sanctity of a public building […] I’m PROUD of everyone who went in there, even the 30 or so rowdy ones. Go ahead and ban me now because I have found my voice and am going to tell this story.” 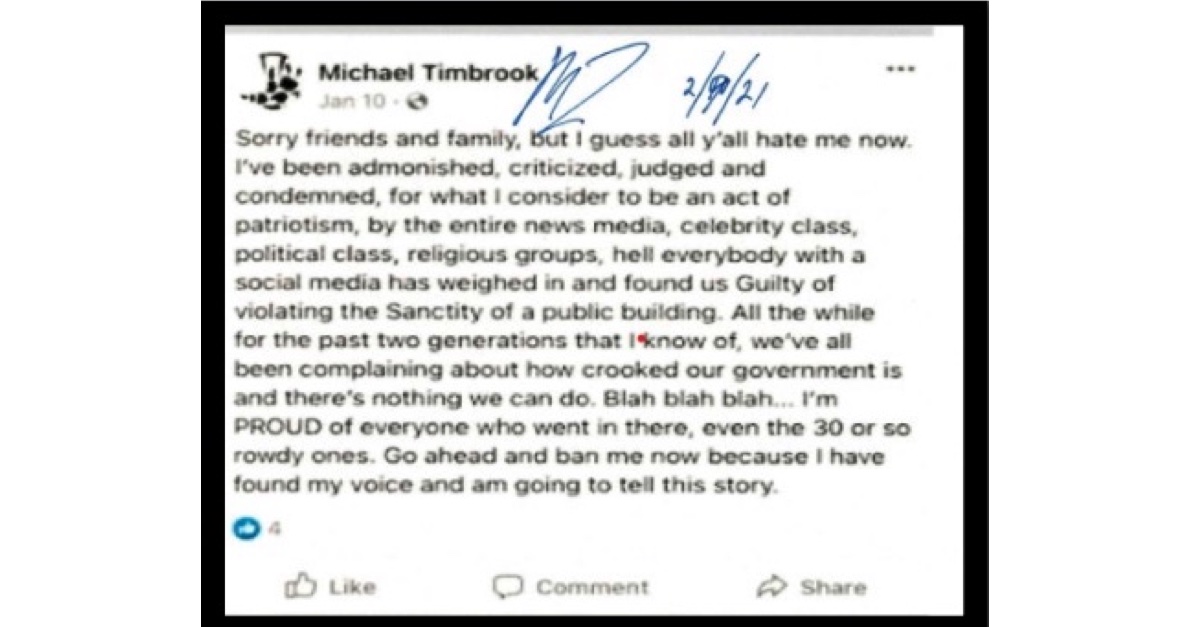 As Law&Crime previously reported, Timbrook was similarly defiant after he was visited by the feds a few months later.

“First ever chat with the FBI today,” he posted on Facebook. “To be honest, it comes as a relief. The agents were exemplary! Respectful, courteous, direct. My chastening is forthcoming, and will undoubtedly hurt my wallet, but I feel no remorse or shame.”

McFadden, a Trump appointee, will likely consider Timbrook’s level of remorse when fashioning a sentence, although Timbrook still has time to change his tune before filing his sentencing memorandum.