Texas Mom Who Starved 6-Year-Old to Death Said She ‘Would Lock Herself in Her Bedroom’ and Let Kids ‘Do Whatever They Wanted’: Police 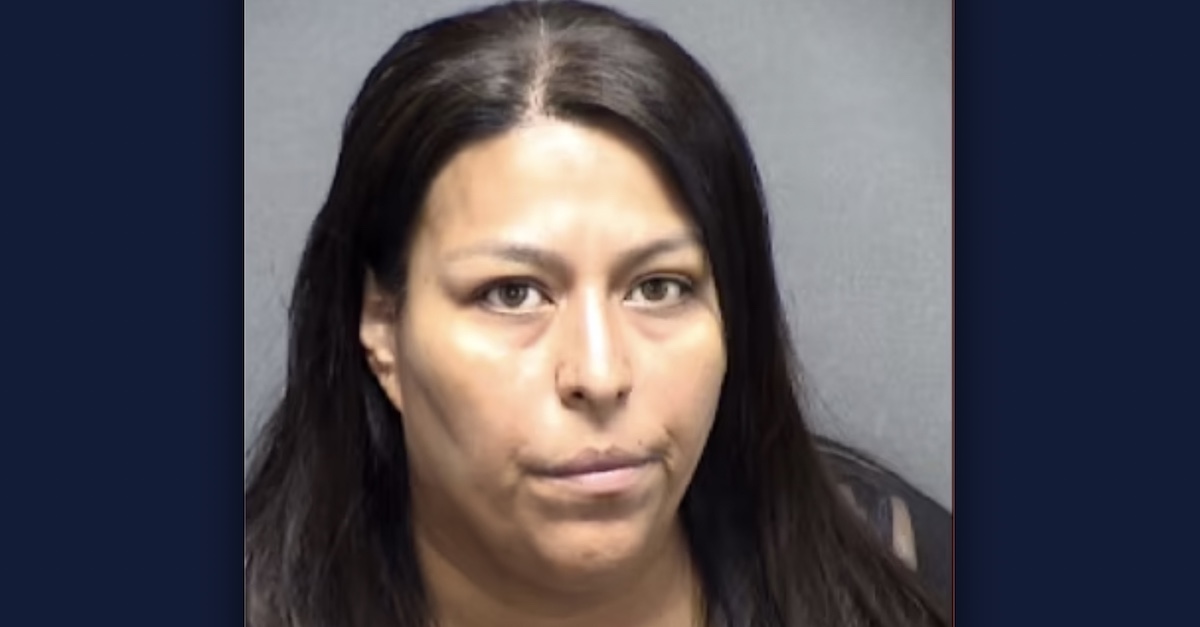 A 38-year-old mother of six in Texas is behind bars nearly a year after her 6-year-old daughter died due to alleged malnutrition and neglect. Stephanie Jimenez was taken into custody on Tuesday and charged with one count of injury to a child resulting in serious bodily injury by omission, a first-degree felony, court records reviewed by Law&Crime show.

Officers with the San Antonio Police Department on Oct. 3, 2021 responded to a 911 call regarding a child who was unconscious and not breathing at Jimenez’s home, according to a report from San Antonio ABC affiliate KSAT-TV. Upon arriving at the scene, first responders reportedly found Jimenez’s 6-year-old daughter unresponsive. Paramedics responding to the call pronounced the child dead on the scene.

The victim was identified in the report as Samantha. She was reportedly just eight days away from celebrating her seventh birthday at the time of her death.

Investigators looking into the circumstances of the little girl’s death interviewed Jimenez, who reportedly claimed that her daughter had recently hit her head. Soon after, Samantha started vomiting, she reportedly told police.

Investigators at the home reportedly noted in the affidavit that the child “appeared small and thin for her age.” Samantha also tested positive for Covid-19, had a severe lice infestation in her hair, and suffered from “a buildup of dead skin residue due to lack of hygiene.”

The Bexar County Medical Examiner’s Office conducted an autopsy and reportedly determined that the Samantha’s cause of death was a combination of malnutrition and neglect with contributing factors from a kidney infection, dehydration, and pneumonia.

When investigators questioned why Jimenez didn’t seek medical treatment for her daughter’s myriad serious ailments, she reportedly responded that she couldn’t because she “had no help.” She further told police that she would frequently “lock herself in her bedroom and let her six children do whatever they wanted,” the affidavit reportedly states.

Despite Samantha’s death occurring nearly a year ago, a warrant for Jimenez’s arrest was not issued until Tuesday, court records show. The police department reportedly told KSAT that the nature of the case required a thorough investigation.

“Child death cases are complex in nature and require the assistance of the Medical Examiner for a ruling as to the manner and cause of death,” an SAPD public information office reportedly wrote in a Wednesday email to the station. “When presenting the case to District Attorney’s office, we are often only afforded one opportunity to obtain a conviction in a case. Therefore, investigations require detectives gather all available facts and evidence before presenting the case to the District Attorney’s Office in order to obtain justice for the victim’s and their families.”

SAPD did not immediately respond to messages from Law&Crime seeking comment in the case.

Court records show that Jimenez in 2012 was charged with two counts of injury to a child causing serious bodily injury. She requested and was granted deferred adjudication on the charges with the court ordering her to pay a fine of $1,500 and placing her on probation. An affidavit in the case reportedly said that Jimenez failed “to provide adequate nutrition” for a child 14 years old or younger.

An attorney for Jimenez is not currently listed on the court docket.

She is currently being held in Bexar County Jail on $200,000 bond. She is scheduled to appear in court for a hearing on August 30.