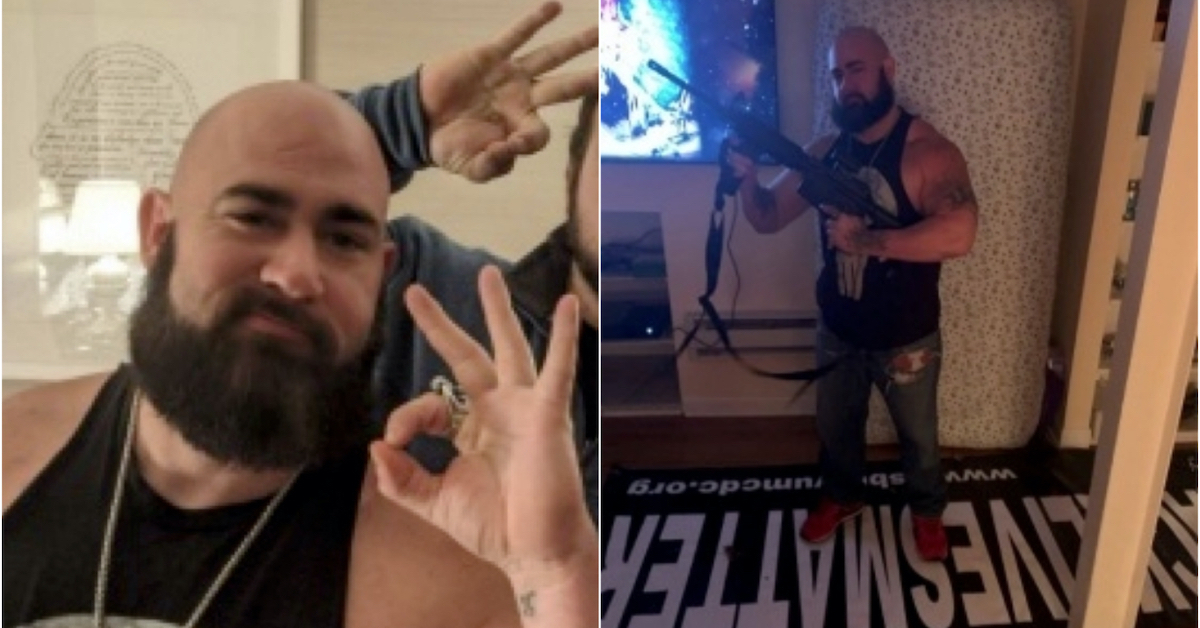 A federal judge has ordered a Proud Boy who was spotted on tape throwing a sign inside the Capitol building on Jan. 6 back to jail, after multiple violations of his court-ordered curfew.

Joshua Pruitt was captured on video throwing a “Quiet Please” sign while inside the Capitol on Jan. 6. It was one of at least two alleged violations that day. He was arrested for refusing to abide by District of Columbia Mayor Muriel Bowser‘s curfew order that evening. It was only while Pruitt was being processed that investigators tied him to the mob of Donald Trump supporters who swarmed the Capitol trying to stop Congress from certifying Joe Biden‘s win in the 2020 presidential election.

He was ultimately charged in an eight-count indictment that included felony charges of civil disorder, obstruction of an official proceeding, and misdemeanor charges of destruction of government property. Court papers show Pruitt flashing an “OK” hand sign, which was appropriated by white supremacists as a symbol for “white power.” Others on the political right claim to use the gesture ironically, insisting their intent is innocuous. Pruitt posed in another photograph with an assault-style rifle, standing on a Black Lives Matter banner, with his shoes over the message, prosecutors note.

Pruitt has been out on bond pending trial, but according to prosecutors and federal pretrial services agents, he has not been following the conditions of his pretrial release.

Since Jan. 7, 2021, Pruitt has been under the federal government’s High-Intensity Supervision Program (HISP). He was originally ordered not to leave his home from 10:00 p.m. to 6:00 a.m.; in April of last year, U.S. District Judge Timothy Kelly modified the curfew to start at 9:00 p.m.

Prosecutors say GPS tracking shows Pruitt violating this curfew multiple times since April, and federal pretrial services agents have requested at least three times that Pruitt be removed from HISP and put back in custody.

“According to Pretrial Services, several times, Pruitt was away from his work and residence for hours at a time in the middle of the night, often in proximity to bars or nightclubs,” prosecutors said in their motion to revoke Pruitt’s bond.

Kelly, a Trump appointee, ultimately sided with prosecutors, and on Thursday ordered Pruitt to report to prison.

Pruitt’s first outburst came early on in the hearing, after Assistant U.S. Attorney Alexis Loeb was going through each of the curfew violations.

“There was a snowstorm,” Pruitt could be heard saying as Loeb was talking. “I was stuck!”

“You’re going to have to wait your turn,” Kelly told Pruitt at that time. “I don’t want to hear any more words out of your mouth,” Kelly added when Pruitt tried to interrupt again.

Pruitt would go on to interrupt the hearing multiple times before Kelly gave him the opportunity to speak.

“I’m sorry,” Pruitt began, audibly crying as he spoke. “I went through hell over the last year.” Pruitt described being fired from one job, and said that on at least one occasion he couldn’t make it back home due to a snow storm.

“I’m trying to do things right,” he told Kelly. “But I’m being attacked left and right. I get death threats all the time. This is what I’m dealing with right now. I get lied about in the media, I’m working with lawyers to work on that.”

On Jan. 5, 2022, CNN aired an interview with Pruitt in which Pruitt said that he didn’t feel like he did anything wrong on Jan. 2, and would consider repeating his actions if given the chance.

Notably, prosecutors dispute CNN’s characterization of Pruitt as a “former” member of the Proud Boys, a right-wing extremist organization.

“Pruitt continues to invoke a Proud Boy slogan (‘FAFO’) and has filmed himself with a song about being a Proud Boy playing in the background, among other indications,” prosecutors said in a footnote, referring to the acronym reportedly short for “Fuck Around and Find Out.”

Pruitt’s attorney Robert Lee Jenkins Jr. argued that even if Pruitt was out past his court-ordered curfew, he was not engaging in dangerous behavior, and therefore shouldn’t be detained.

“I don’t think [his curfew violations] in and of themselves should give rise to the court being terribly concerned that Mr. Pruitt is a threat to the community,” Jenkins argued.

Kelly, however, disagreed, and noted that Pruitt’s criminal history is significant. He noted that Pruitt is currently on probation in two DUI cases, one each in Georgia and Maryland. He had also violated a restraining order.

“I am going to revoke Mr. Pruitt’s pretrial release and order him detained pending trial,” Kelly said after hearing from Pruitt. “I don’t do it lightly.”

Kelly said that Pruitt had failed to comply with his pretrial release conditions at nearly every turn.

“I’ve given Mr. Pruitt far more opportunities to show that he can comply than many judges in this courthouse would have, but he has chosen one way or another, again and again, to violate those conditions,” Kelly said.

Kelly ordered Pruitt to report to jail by Tuesday and set his next status conference for Feb. 4.