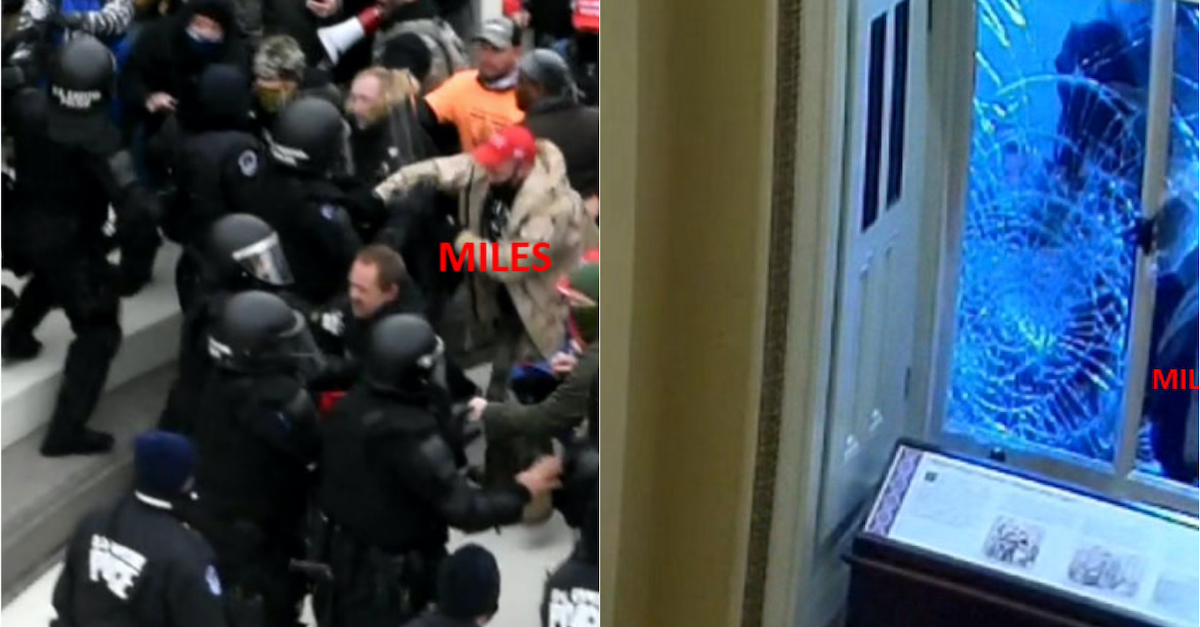 Stacking up the ever-growing number of Jan. 6-related assault cases, federal prosecutors arrested and charged a Florida man with pushing police officers and driving a wooden plank through a window of a Senate wing door.

Steven Miles, a 39-year-old from Zephyrhills, was arrested on Tuesday, but authorities announced his case on Wednesday.

The FBI says that a brown-bearded Miles arrived at the Capitol sporting a red “Make America Great Again” baseball hat, navy gloves, camouflage pants, a backpack, tan boots, and a tan camouflage jacket with a patch bearing his surname on his left sleeve. In other photographs, he is seen wearing a black shirt reading “Trump 2020 Fuck Your Feelings” and his backpack underneath that jacket, along with black fingerless gloves. 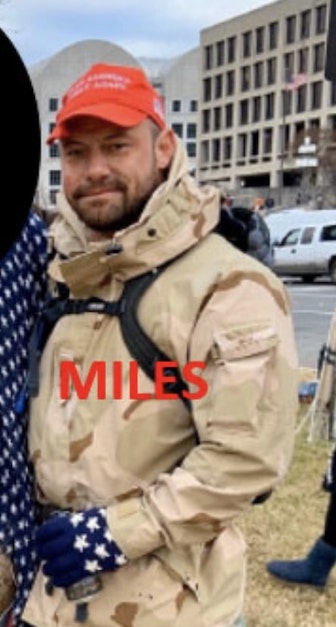 Miles is charged in in tandem with Louisiana man Matthew LeBrun, a 33-year-old from New Orleans who faces only misdemeanor charges. Court papers also show him dressed in protective gear, sporting a dark long-sleeved shirt, a grey vest, a black tactical vest, a dark American flag gaiter, a navy bandana with stars on it, dark sunglasses, black gloves, jeans and dark shoes. 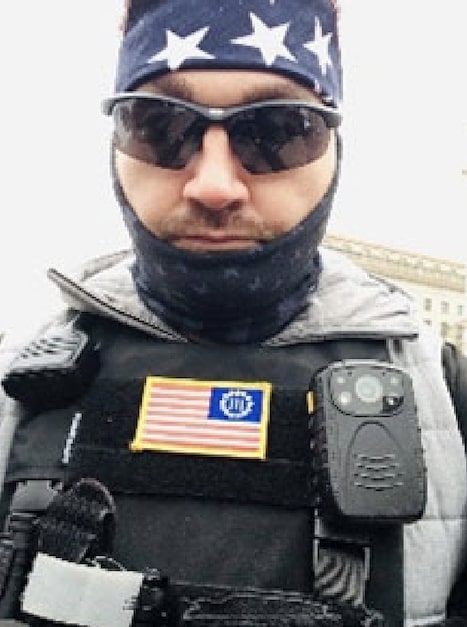 Of the pair, only Miles stands accused of smashing through the building’s window, an act allegedly caught on closed-circuit television. 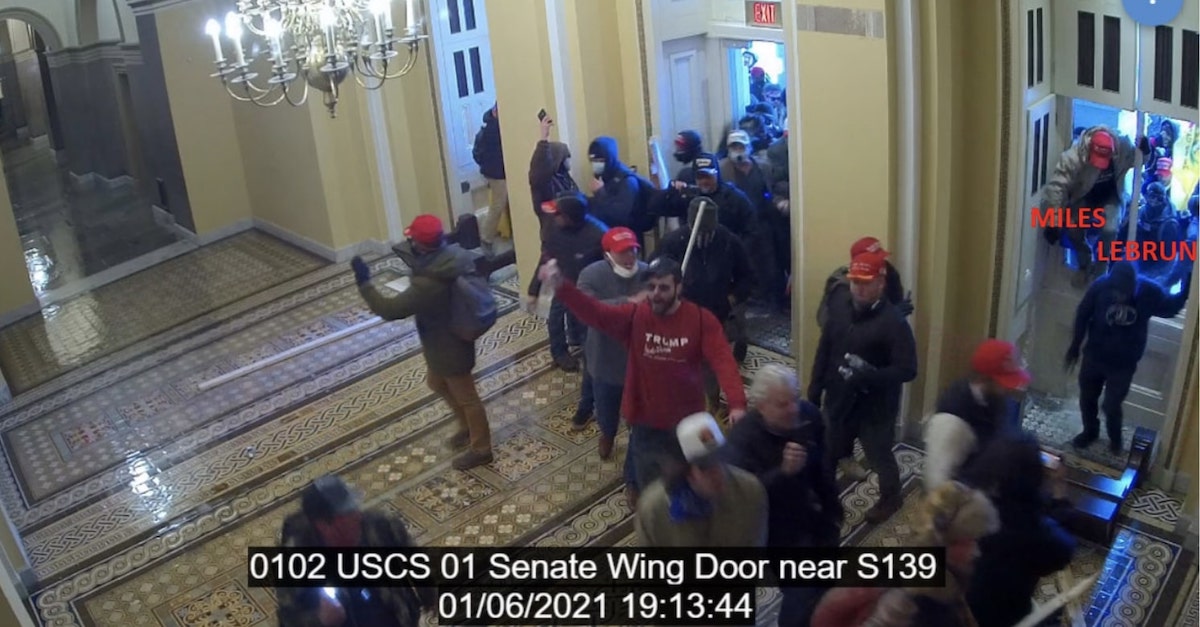 Surveillance footage allegedly captured the moment that Miles and LeBrun climbed in through the window. They exited through the carriage door, prosecutors say.

Miles has been charged with assaulting, resisting, or impeding officers, civil disorder, engaging in physical violence in a restricted building or grounds with a dangerous weapon, and related offenses. He made his initial appearance on Tuesday in the Middle District of Florida, where he was released pending further proceedings in Washington, D.C.

The Department of Justice says that nearly 800 people have been arrested in nearly all 50 states for crimes related to the breach of the U.S. Capitol, including more than 250 charged with assaulting or impeding law enforcement. Authorities say that members of the pro-Donald Trump mob assaulted about 140 police officers on Jan. 6, including about 80 U.S. Capitol Police and about 60 from the Metropolitan Police Department.

Prosecutors say others attacked police with a PVC pole, a flagpole, a Taser, a fire extinguisher, metal barricades and other weapons. The FBI continues to search for 350 more believed to have committed violent acts.