Florida Actor Who Played a Supporting Role in the Jan. 6 Capitol Attack Gets Probation 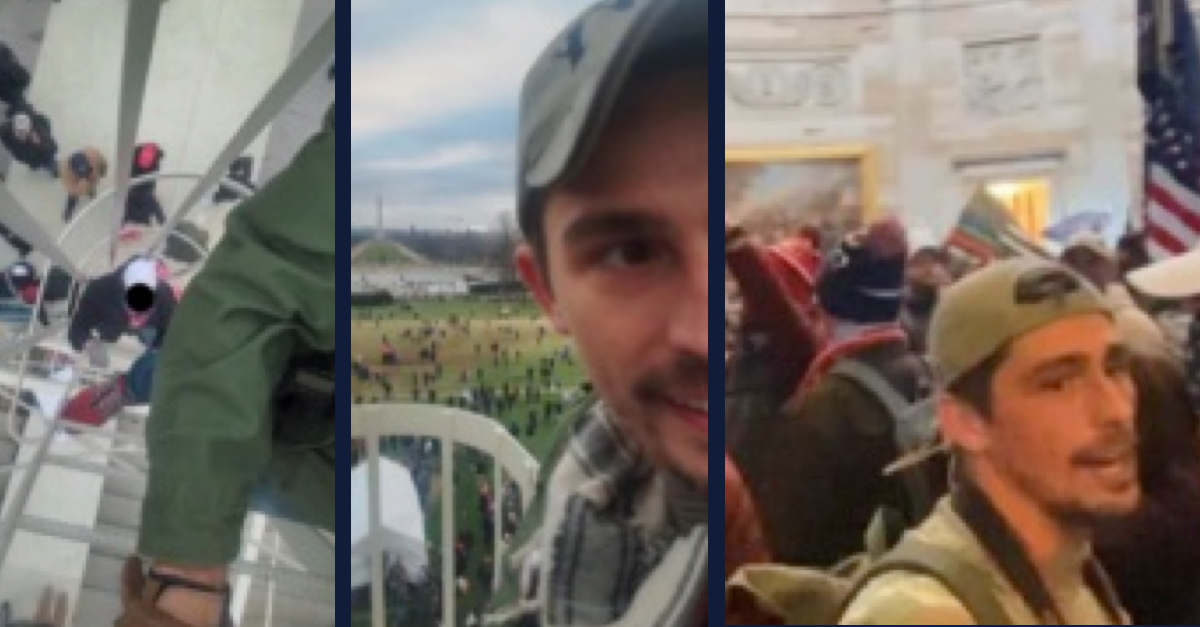 An actor and photographer from Florida who recorded himself yelling “Hey Nancy, go f**k yourself!” from a media tower outside the Capitol on Jan. 6 has been sentenced to two years of probation.

Michael Aaron Carico, 33, had climbed up the tower and recorded himself singing the national anthem before shouting the obscenity about House Speaker Nancy Pelosi (D-Calif.).

He was also seen on surveillance video inside the Capitol Rotunda, and posted pictures of himself to social media that showed him in the middle of the mob of Donald Trump supporters who would eventually overrun police and swarm the Capitol in an attempt to block the certification of Joe Biden‘s win in the 2020 presidential election.

Carico pleaded guilty in December to the misdemeanor charge of parading, demonstrating, or picketing in the Capitol building.

In a letter to U.S. District Judge Timothy Kelly in support of his sentencing memo, Carico apologized to “the residents of DC” and expressed “remorse for the language and comment” about Pelosi.

Carico, whose IMDB profile includes credits for two movies in 2021, said that he has lost friends and jobs as a result of his decision to join the pro-Trump mob that day.

“I have received death threats through voice mail, lost most of my friends in the realm of film, lost my agent, manager, lost my career and am on the verge of having to do something different altogether because of how many news articles there are on my name,” he said in the letter. “For an actor his name is everything. My name is shattered and I only have myself to blame.”

Carico also said that he had gone to the Capitol to “take a few high end pictures/videos of the protest and sell them to a news outlet for side income.”

Prosecutors, however, weren’t buying it.

Carico “expressed remorse only in anticipation of this sentencing,” prosecutors wrote in the DOJ’s sentencing memo, noting that while at the Capitol, he had called for a “second wave” of a rioters, filmed violence against police, referred to officers as “fucking traitors. He had also deleted many of the photos and videos he took on Jan. 6, the memo said.

Prosecutors also allege that Carico lied in his pre-sentence interview about his marijuana use.

“Only after he was confronted with contrary statements he made to the FBI did Carico request for the pre-sentence report to be amended to reflect that he had used marijuana shortly before his arrest,” the government’s sentencing memo said. “Carico’s lack of candor to the pre-sentence interviewer calls into question whether other statements he made were truthful or simply self-interested.”

In the end, Kelly, a Trump appointee, granted Carico’s request and sentenced him to two years of probation and a $500 fine, in addition to $500 in restitution toward the $1.5 million in damage done to the Capitol and surrounding area.