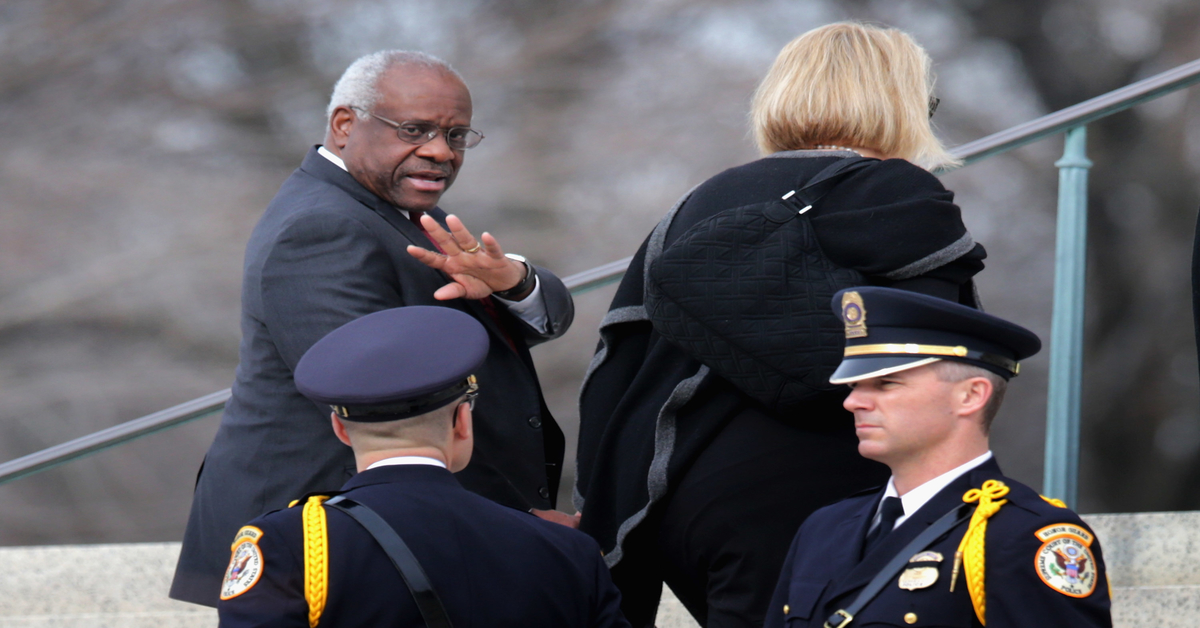 The GOP representative for Ohio’s 4th congressional district has been accused of silent complicity in the Ohio State University sexual abuse scandal said to involve upwards of 2,000 student-wrestlers. As of now, at least seven former wrestlers have come forward to corroborate one another’s accusations that Jordan was aware of the abuse.

Jordan claims those accusations are false. And now he’s got some support.

In a Facebook post from Monday morning, Mrs. Thomas shared a pro-Jordan video featuring a 42-second clip from the congressman’s recent interview with Fox News’ Bret Baier. Accompanying her post, Thomas added the caption, “Jim Jordan is under attack, with false accusations, because he threatens the elite.”

In the clip, Baier asks for Jordan’s general response to the various accusations against him. Jordan replies by denouncing those accusations as “false.”

“I never saw, never heard of, never was told of any type of abuse,” Jordan said.

The video is produced by The Citizens Mandate, a right wing organization which came together in 2014 in order to demand “that Congress stop [President Barack Obama‘s] fundamental transformation of America using every power at their disposal, restoring Constitutional balance of power, and ending the Executive Branch abuses against both the citizenry and the foundational concept that individual rights are derived from God, not government.”

Appended to the video is a message from The Citizens Mandate:

The Washington Establishment is SCARED of Jim Jordan, so they’re trying to take him out with lies and smears!

Stand with Jim and let’s DRAIN THE SWAMP! #JordanForSpeaker #DrainTheSwamp

The selectively-edited clip cuts out before Baier begins to grill Jordan later on in the interview.

In the moments left out of the video, Baier reminds Jordan that the accusations against him are numerous–and don’t just come from one allegedly disgruntled former wrestler. Baier later boxes Jordan into admitting that there actually isn’t a conspiracy against him.

“Are you suggesting that this is some sort of conspiracy?” Baier asked, to which Jordan replied, “No.”

Still, the idea that “the elites” are engaged in some sort of conspiracy against Jordan looks to be the story his defenders are sticking with–including the wife of a highly conservative and highly prominent Supreme Court justice.