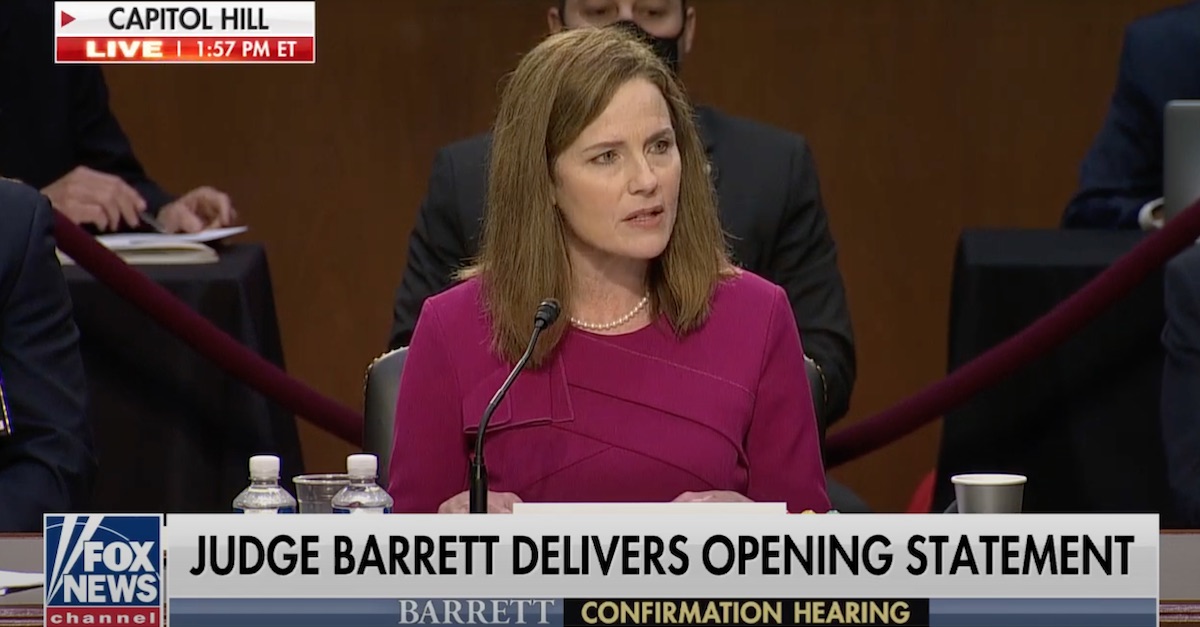 Of all the dire prognostications and attempts to categorize Supreme Court nominee Amy Coney Barrett, one take may just take the cake. Slate is catching some heat for reducing Barrett’s ascent—and presumed impact on American law for decades to come—to shameless careerism.

In “Amy Coney Barrett Is as Cynical as Trump,” Tom Scocca’s take was that Barrett, a legal scholar, lawyer, wife, circuit judge, Supreme Court nominee and mother to seven children all at the same time, should be understood as “a shameless, cynical careerist who believes nobody can stop her.”

The argument appears to be that Barrett’s decision to accept a nomination to the highest court in the land, despite the highly contentious circumstances surrounding the nomination, makes her selfish.

Scocca suggests that the problem with Barrett “isn’t that she’s too pious, or that she’s submissive in her personal life.” Rather, “[i]t’s that she’s bent on making herself one of the nine most powerful judges in the country, even if she has to do it in the most graspingly partisan and destructive way possible.” The Republican sprint to confirm Barrett this soon after Justice Ruth Bader Ginsburg’s death and this close to the election makes a complicit Barrett no different from President Donald Trump, Scocca argues:

What sort of prospective Supreme Court justice believes a president should get five years’ worth of court picks in a four-year term? The same kind who puts herself forward for an impossibly rushed confirmation process, and who declines to say if she’ll recuse herself from cases that might decide the reelection of the president who is taking such extraordinary measures to give her the job. Like McConnell and Trump, her vision of the law is based on nothing more than what she can get away with; the Constitution is a set of rules to be gamed for personal advantage, not a framework for popular legitimacy or justice. The entire presidency of Donald Trump has been building toward this moment, and Amy Coney Barrett is the woman he was waiting for.

This argument was widely condemned, and many noted that a white male was the one levying this criticism.

"How dare women have careers" is a surprising take from @Slate. https://t.co/vybl3JuF7X

Wait, wasn’t the problem last week that she was a subservient cultist? Trying to keep up. https://t.co/5YsVqkiy54

Interesting. This article is written by Tom Socca, a man. Will the feminists be outraged over this absurd headline? If the standard is the same for all women and their pursuit of a career, they should be. https://t.co/nNJC3LK2N9

Isn't every member of the Supreme Court a careerist? Any of the men get scolded for this? Unbelievable. https://t.co/ptCv5eGhzC

she sounds like 99percent of my colleagues in the media https://t.co/3JY7vAdicp

Broke Slate: "Why are women being held back in our society?"

Woke Slate: "How dare women be successful. We must remind them of their place." https://t.co/TFUqmZp0Nn

Well, you have to pick one:
– Evil careerist!
– Evil handmaid/baby maker! pic.twitter.com/ZzXodSMvR0 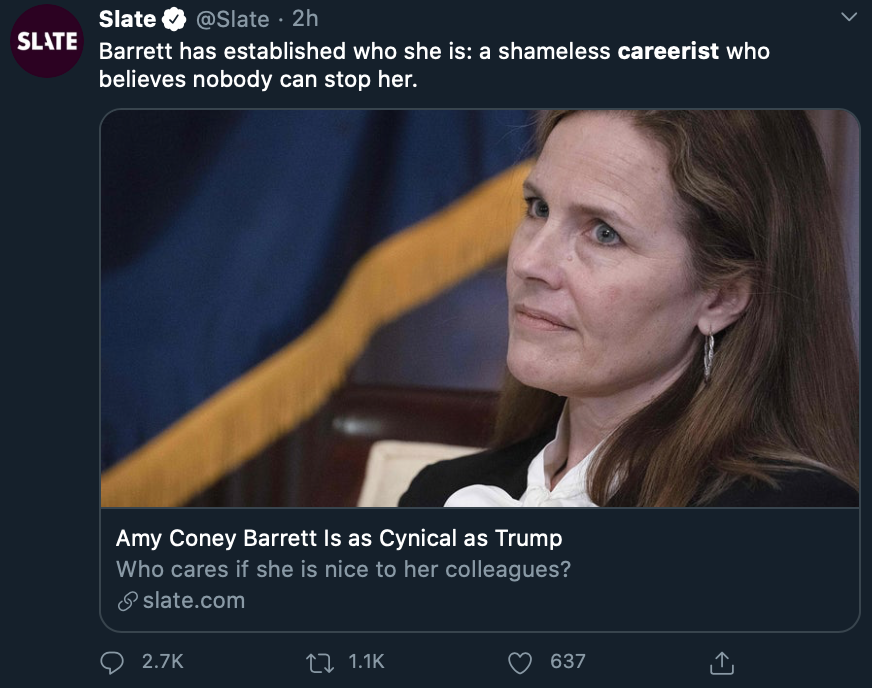 Scocca appears to be undeterred by the ratio, however.

Fascinating to watch Greenwald toggle back and forth between wokescold-scolding and posturing as a wokescold himself https://t.co/7C6OFV9jK8

Didn’t write the third one, but keep Googling https://t.co/d710FXoXbT