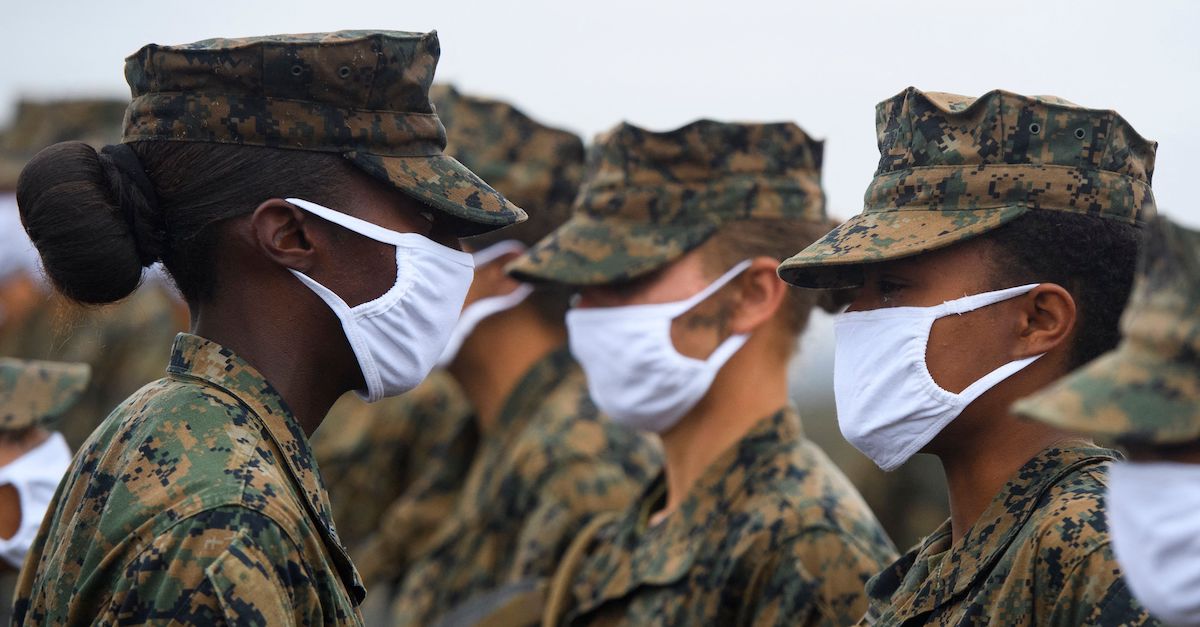 Declining to hear a case challenging a men-only U.S. military draft registration as sex discrimination, the Supreme Court decided on Monday not to encroach upon efforts already underway in Congress to possibly eliminate that practice.

In a three-page statement, Supreme Court Justice Sonia Sotomayor noted that the U.S. military has experienced a transformation since the high court uphold the gender-based requirement in the 1981 case of Rostker v. Goldberg.

“The role of women in the military has changed dramatically since then,” Sotomayor wrote. “Beginning in 1991, thousands of women have served with distinction in a wide range of combat roles, from operating military aircraft and naval vessels to participating in boots-on-the-ground infantry missions.”

The challenge, led by the National Coalition For Men with support from the American Civil Liberties Union, has been viewed widely as symbolic. The U.S. military has been an all-volunteer force since the time of the Vietnam War, but the challenger claims that the existence of the registration requirement sends a damaging message to women.

“The men-only registration requirement is one of the last remaining de jure sex distinctions in federal law,” attorney Ria Tabacco Mar, the director of the ACLU Women’s Rights Project, wrote in her Supreme Court petition this past January. “Under Rostker, it has remained undisturbed for 40 years.”

Echoing those sentiments in an email, Mar expressed disappointment in the ruling.

“Requiring only men to register for the draft reflects the outdated and sexist notion that women are less fit to serve in the military and that men are less able to stay home as caregivers in the event of an armed conflict,” she told Law&Crime. “Such stereotypes demean both men and women. We’re disappointed the Supreme Court allowed one of the last examples of overt sex discrimination in federal law to stand.”

None of the justices commented upon the legal premise of Mar’s challenge.

The only three justices to have signed onto a statement declining to hear the case—Sotomayor, Stephen Breyer, and Brett Kavanaugh—framed the decision as part of a longstanding tradition of deferring to Congress on matters related to the national defense.

As Justice Sotomayor noted, women have since passed the military’s demanding tests to become U.S. Army Rangers, Navy SEALs, and Green Berets, and the armed forces have not had any positions closed to women since 2015.

“In 2016, Congress created the National Commission on Military, National, and Public Service (NCMNPS) and tasked it with studying whether Selective Service registration should be conducted ‘regardless of sex,'” her statement reads, citing the text of the annual military appropriations bill passed that year.

The commission created by that legislation produced a report on March 25, 2020, titled “Inspired to Serve,” which found that male-only registration “sends a message to women not only that they are not vital to the defense of the country but also that they are not expected to participate in defending it.”

That 2020 report continues to make waves this year on Capitol Hill.

“Just a few months ago, the Senate Armed Services Committee held a hearing on the report, where Chairman Jack Reed expressed his ‘hope’ that a gender-neutral registration requirement will be ‘incorporated into the next national defense bill,'” Sotomayor wrote.

“It remains to be seen, of course, whether Congress will end gender-based registration under the Military Selective Service Act,” the statement continues. “But at least for now, the Court’s longstanding deference to Congress on matters of national defense and military affairs cautions against granting review while Congress actively weighs the issue.”

The ACLU urged legislative action on that issue.

Read the Supreme Court petition orders for June 7th below: