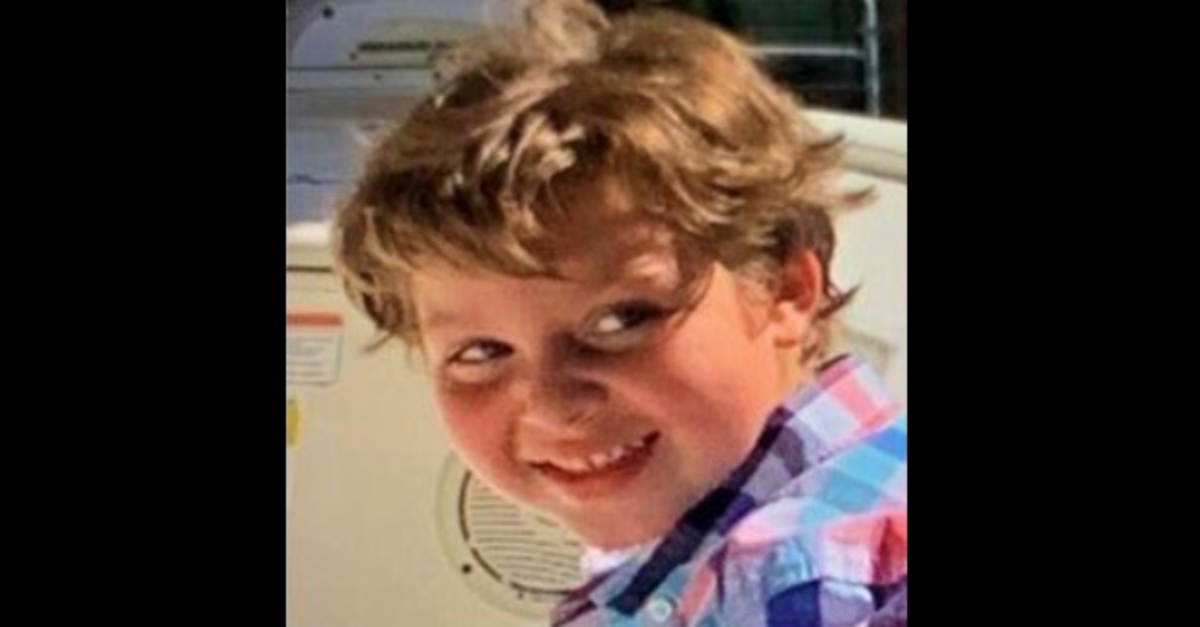 A neighbor of Texas woman Theresa Balboa, 29, claims to have heard “loud scratching noises” as victim Samuel Olson, 5, was dead in a bathtub next door.

Tiffany Schultz moved in with her fiancé Andrew and their newborn daughter on May 11, according to The U.S. Sun. She heard the noise the second day they were there, she said. That overlaps with the recently released timeline of the tampering case against Balboa, who was girlfriend of Olson’s father. A roommate of Balboa’s told cops that the defendant called him on about May 10 to say that Samuel died, according to WPVI. He allegedly claimed to come to the apartment to find the boy bruised and unresponsive on a bed. He and Balboa put Samuel’s body in a bathtub and left him there for two days, he allegedly said.

In other words, when Schultz moved in and heard the noise, it was when Olson was allegedly dead next door in the bathtub. According to Schultz, it was “probably about three or four o’clock in the morning” when she and her fiancé heard “loud scratching noises, really, really loud” next door.

Her fiancé told her it was okay, and he started banging on the wall.

“I’ve heard loud scratching from animals before and it wasn’t that,” she said. “I don’t believe they had animals. We didn’t hear any other noises. It was strange. My fiancé also saw a truck outside and is convinced he saw a bin in the back, which Samuel could have been in. It’s creepy.”

As for the police account, Samuel was only reported missing on Thursday, May 27. Balboa claimed to see the boy’s mother with a person Balboa believed to be a police officer that morning. The purported officer said Balboa would go to jail for kidnapping if she did not return Samuel, according to this version of events. But police reportedly said Olson’s mom had an alibi corroborated by surveillance footage.

Balboa’s roommate allegedly said he got duct tape and a plastic box from Walmart on May 13. He and the defendant wrapped the child’s body, put the remains in the box and moved the remains to a storage unit in Webster, Texas. Amid the search on Monday, May 31, Balboa allegedly told a male friend she had been in a fight and requested help. He picked her up from a Walmart in Cleveland, Texas, according to authorities. They went to the storage unit in Webster, where they took the storage container to a Best Western in Jasper. The item emitted what was described as a foul order. It was from there that there was a Crime Stoppers tip leading to that motel. Jasper cops found what they believe to be Samuel’s body in a plastic tote box.

Police previously said Olson’s age was 6, but they more recently said that he died before his 6th birthday.

Balboa is currently charged with tampering with evidence. Houston Police Assistant Chief Heather Morris said in a press conference last week that Samuel was last in school on April 30. Both Balboa and the boy’s father Dalton Olson said they had been babysitting Samuel since that day. More charges against the defendant could be pending, Morris said. Harris County records do not name an attorney. Balboa was moved to the local jail from Jasper on Friday.