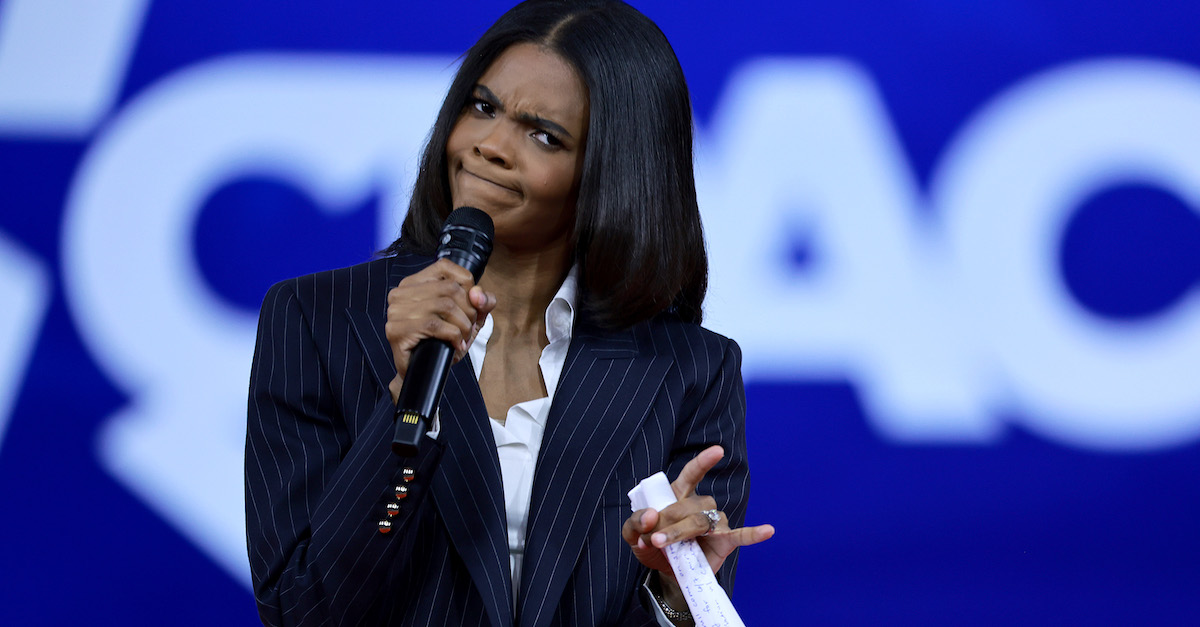 Candace Owens pictured at CPAC on February 25, 2022 in Orlando, Florida.

In another high-profile denial of certiorari on Monday, the Supreme Court of the United States rejected without comment Candace Owens‘ petition over fact-checks that labeled her COVID-19 posts on Facebook a “hoax” and “false.”

The conservative commentator had claimed that fact-checkers Lead Stories and USA Today’s determinations about her posts amounted to tortious interference, as Facebook is her “primary marketplace” and Owens’ income was “severely damag[ed]” as a result. When the Delaware courts were not persuaded, Owens in May asked the Supreme Court to step in.

“Instead of publishing editorials to counter Owens’ speech, both Lead Stories and USA TODAY chose to publish articles that purported to ‘fact check’ Owens’ claims. No mere rhetorical device, by labeling their articles ‘Fact Checks,’ both Respondents knew that they would trigger their contractual agreement with Facebook, by which Facebook has agreed to remove or otherwise obscure or limit any posts that its contractees, acting pursuant to its fact-check contract, determine to be ‘false,'” the petition said. “Both Lead Stories and USA TODAY concluded that Owens’ research and conclusions on the COVID counting methods were ‘false.’ Lead Stories described her posts as a hoax, issuing a ‘HOAX ALERT.'”

Petitioner said the ensuing “warning labels […] superimposed the term ‘FALSE’ across the top of her posts” led to Owens’ “valuable ‘advertising contract’ with Facebook” to be “terminated, precluding Owens from placing her advertisements across Facebook’s thousands of pages and severely damaging her income.”

Respondents knew their labeling of Owens’ posts as “false” would trigger their contract with Facebook, causing Owens’ posts to be demonetized and her visitors re-directed to their websites. The fact that they communicated with Facebook and triggered their contractual agreement through web-based postings, rather than phone calls or text messages, does not change the character of the communication. In essence, their labeling of Owens’ posts as “false” constitutes conduct, not speech; Lead Stories and USA TODAY were not making a public argument, hoping their contentions would persuade a neutral third-party to ignore Owens’ claims. Instead, their conduct instigated Facebook to breach its contract with Owens, as the Respondents knew it would.

Owens asserted that it was “an especially heinous charge” for the fact-check to conclude she “committed a ‘hoax’ involving the threat and danger of a worldwide pandemic […] implying that Owens knew the real danger of the disease yet purposely kept it hidden from the public, thereby choosing to endanger the health and lives of the thousands of people that visit her Facebook page.”

1. Should the First Amendment provide a defense to claims of tortious interference and similar torts that happen to involve speech?
2. May a business enter into a contract with the owner of the marketplace that, at the business’ request, removes competitors from the marketplace?
3. Does the statement that the plaintiff committed a “hoax” imply false facts sufficient to support a claim for defamation?

But the Supreme Court on Monday declined to answer any of the questions presented — and jettisoned the case without explaining its reasoning.

Law&Crime reached out to Owens’ attorneys for comment on the denial of cert.